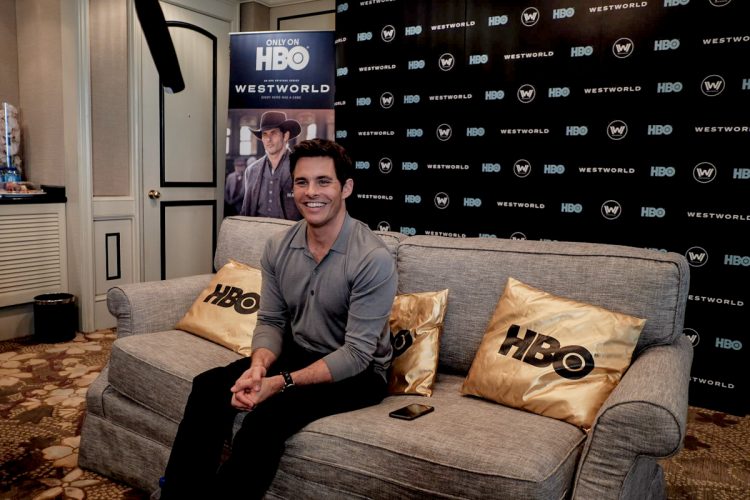 Catching up with Westworld’s James Marsden in Singapore

Make no mistake, the best way to experience Singapore seems to be through the stomach and James Marsden was all ready for this encounter.

It has become a cliche to ask visiting celebs matters pertaining to cuisine and Marsden appeared to be no stranger to the question. After all, it was his first time ever to this part of the world and he certainly made the most of his trip here having been sighted all a few local food joints. He even readily offered that he was having Laksa after the day’s interviews. Clearly HBO Singapore is taking good care of the man!

Teddy Flood, as we better know him from Westworld, was in Singapore just one week before the first season finale. And while he seemed to have a packed schedule having been to a morning talk show prior to the interview session, he seemed all upbeat as I walked into the room. Having only 25 minutes for a roundtable interview, the questions came fast and furious. It was interesting to see how Marsden tried his very best to hold back on any possible spoilers and deflect off any questions that might allude to his return in season two.

For many actors, working with the great Sir Anthony Hopkins would be a treat in itself, but James Marsden gets to do one better, in that he gets to share scenes with the great Hannibal Lecter, in his birthday suit.

“I got to work opposite one of the greatest thespians of our time, and there I was, sitting in my birthday suit,” laughed the 43 year old star behind movies such as X-Men and it’s numerous sequels.

And speaking of sequels, Marsden said that he has every intention of making more comic book movies, if given the chance.

The biggest insight we garnered from the interview was when we asked if he would prefer to play a white hat or black hat character within a theme park like Westworld. If you’re yet to catch an episode of the show, patrons to the park get a chance to play either as a ‘good guy’ or ‘bad guy’ in their visit there.

His response invoked what we often experience in board or video game settings, when there are no more societal rules, would your friends take a different persona in game?

Marsden grinned and shared he would “want to see how my friends reveal their true character,” at this point it seemed like Marsden came to an odd realisation that some of his friends might have a darker side to be discovered and left it at that.

We’d love to speculate that this has a much greater meaning especially if you’ve been following the season all thus far but it might be a stretch.

Do check out the entire interview above for a more speculative fodder and see if his ambitions to return as Hal Jordan might come true.

The 90 minute final episode of Westworld premieres same time as the U.S. on Monday, 5 Dec, at 10am, with a same day primetime encore at 9pm, exclusively on HBO (StarHub TV Ch 601).