What does it take for an actor to return to acting after a 20-year hiatus? For Ke Huy Quan, it’s a perfect role made for him by happenstance. Quan is known for his role as Short Round, Indy’s (Harrison Ford) traveling companion, in Indiana Jones and the Temple of Doom (1984).

Quan also starred in The Goonies (1985) as the genius, Data. He acted in various films throughout the 1980s and 1990s before focusing on behind-the-scenes work in 2002. It took Everything Everywhere All At Once, directed by Daniel Kwan and Daniel Scheinert, and starring Michelle Yeoh, to bring Quan back on the silver screen.

A sci-fi comedy-drama that stars characters inhabiting a multiverse, the role of Waymond requires someone who can play three different parts – a meek husband, a martial arts expert, and a romantic lead.

“With this character, we needed someone who could do the drama, do the comedy, [be] bilingual, maybe even trilingual, a martial artist, and then on top of that, be able to be convincingly dopey and sweet,” Kwan said in an interview with Entertainment Weekly. “A lot of people who do martial arts tend to skew in the other direction, and so we struggled for a while.”

Then, Kwan chanced upon a gif of Quan on Twitter in his Indiana Jones and the Temple of Doom role. “I started doing the math in my head. I was, like; he would be the right age. What is that guy up to? I went down a rabbit hole and found out he had quit acting because there weren’t that many roles for him. So he moved on.”

However, it just so happened that Quan was starting to consider getting back into acting following the success of Crazy Rich Asians, which just so happens to also star Michelle Yeoh. After getting a friend to represent him as an agent, he got a call two weeks later about Everything Everywhere All At Once.

“He was the first person we auditioned for the role, and he became instantly our favorite,” says Kwan. “Because he is Waymond, he’s a sweetheart who is just full of joy, who just wants to play, who just wants to welcome you into that energy. That’s the person we imagined when we were writing this role.”

For many, Ke Huy Quan’s return to acting is going to hit quite a few nostalgic notes. Perhaps it’s time to revisit those old classics before catching Everything Everywhere All At Once just to see how far Quan has come.

Everything Everywhere All At Once hits theaters on 25 March 2022. 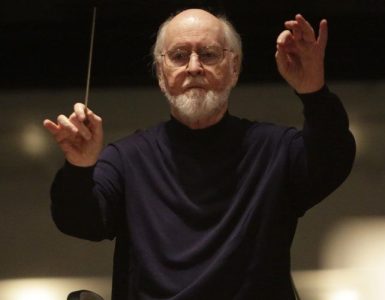 An early treat for the ears.

Defying expectations everywhere all at once.