One of the signature elements of the Final Fantasy series is its glorious, majestic soundtracks, especially in scenes leading up to boss battles, or during the final fight itself. Now, the lyrical genius of the fan-favourite JPRG has been made its way to Spotify, with a 46-album compilation allowing for days of geeky music goodness.

Featuring original tunes across all mainline Final Fantasy titles, the popular music streaming platform also houses the soundtracks from well-known side games, such as Final Fantasy VII: Crisis Core and Dissidia Final Fantasy – most of which are credited to legendary music composer Nobuo Uematsu.

Fans of Vincent Valentine and Dirge of Cerberus, unfortunately, won’t have the chance to stream their favourite soundtracks, for the action game spin-off has been left out of the playlist. It’s possible, however, that it may eventually be included, so we’ll just have to wait and see.

With tons and tons of fan-made playlists available on Spotify, it’s important to filter out the search process such that the right result appears. In order to find the official albums, individuals will have to type in “Final Fantasy original soundtrack” in the search bar, and wait for the tunes to be delivered to their ears by a, heh, one-winged angel – before the likes of Final Fantasy VII Remake drops on a hitherto announced date. 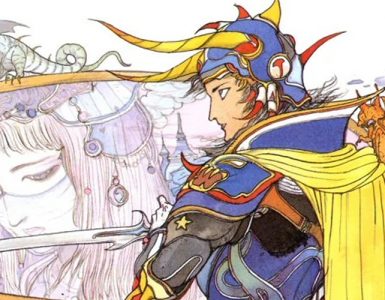