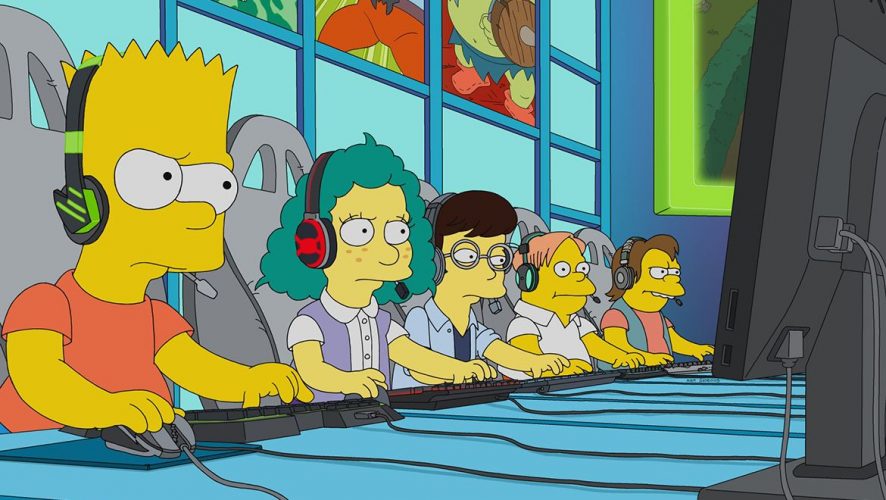 Esports is growing in relevance in today’s landscape, as seen in the latest episode of The Simpsons.

The new episode, entitled “E My Sports”, was produced in tandem with the folks at Riot Games, who is world famous for developing the largely popular MOBA game League of Legends, arguably the biggest name of Esports in recent years. The Riot staff that were consulted were their in-house commentator David “Phreak” Turley, as well as Esports co-heads Whalen Rozelle and Jarred Kennedy.

The Simpsons writer Al Jean recently posted on his social media a snippet of how the episode would look like.

In typical Simpsons fashion, the title of the MOBA game Bart Simpson is playing is simply called “Conflict of Enemies“, with the aforementioned Bart taking centre stage of the upcoming episode. It’s not clear how faithful the writers of The Simpsons will stick to the Esports formula, but it’s safe to expect some form of permutation of the platform.

If anything, Riot Games has a track record of poking fun at their own elements, such as Easter eggs, special skins, and events, so there will definitely be some form of fun exaggeration present in this episode.

Raise your hand if this is you
✋@TheSimpsons pic.twitter.com/P5WUxTi5V3

From Hayao Miyazaki to Esports, The Simpsons is still going strong with their references and tributes in their 30th season. And speaking of Esports, the local Singaporean Esports scene has just upped their game with a new partnership between Great Eastern and Singtel, so any budding Esports stars or followers should be giving this a watch when it airs.

This is not the first time PC gaming has been referenced in a popular TV series. South Park‘s 2006 episode “Make Love Not Warcraft” was entirely based on the hugely popular MMORPG World of Warcraft, which still stands as one of the most iconic South Park episodes to this day.

This episode of The Simpsons airs today, March 17.