This week, Epic Games Store released three freebies that players can choose from and download. Although these games may not be particularly fresh or high-profile, they’re still worth a shot at trying. Plus, they’re free – so game hoarders, go wild.

If you are interested in third person exploration games then The First Tree would be a great addition to your gaming library. Players will be playing as a fox who is trying to find her missing family. This story also parallels another story in the game where a son seeks out his estranged father in Alaska. Players will uncover artefacts from the son’s life as they embark on a beautiful journey towards The First Tree.

However, if you are looking for a game with great graphics such as hand-painted backgrounds and eye-catching character designs, The Pillars of the Earth is the one to go for. The storyline of the game leans more on the darker themes as it is set in a time of poverty and war. Seeing how the game is also based on Ken Follet’s world bestseller, The Pillars of the Earth, the game has a rating of 18+. Bonus: Fans of the author will also get to hear him voice of the Cantor in the game.

If you are looking for a more light-hearted game to play, Deponia is a good pick. Like the other two, this video game is adventure packed as well but in a more comedic way. Players will follow along with Rufus who hatches a ludicrous plan to escape the planet Deponia. In his attempts, he meets Goal, a beautiful girl from Elysium and falls madly in love with her. Problem is, he accidentally shoved her down to the desolate trash-filled planet so now he’s on a junk-sieving adventure to find the love of his life.

If these three games sound fun and interesting to you, you should definitely get them while you can. From now until 22 April, these games will be free on Epic Games Store. Next week, the store will offer up Alien: Isolation and Hand of Fate 2.

Alien: Isolation is filled with action and adventure with stealth and horror features. Players will be controlling Amanda Ripley on her quest to navigate the labyrinthine Sevastopol station while trying to uncover her mother’s disappearance and surviving from an unknown menace.

Similarly, Hand of Fate 2 is action-packed as well but this time with combat. Players will have to work their way through randomised dungeons generated by cards selected from customisable decks, to try to reach the final boss of each dungeon. As the player progresses they then earn tokens which gain them additional cards that they can use to customise their decks.

The two games will be available for free on Epic Games Store from 22 April to 29 April. 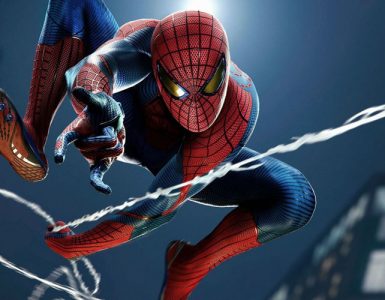 The time to free-swing on PC is nigh.