While we are still having a great time with our PS4, Xbox Ones, and the Nintendo Switch, the inevitable truth is that the next-gen consoles will be upon us by the end of 2020. While we know of only a few titles for the PS5 and Xbox Series X, Electonic Arts is getting ready to utilise the full power of the new consoles.

In EA’s quarterly conference call for investors and analysts, Chief Financial Officer Blake Jorgensen spoke more about how their developers will be able to do more.

You will start to see things over the next couple of years that we’re doing with games that will blow people’s minds.

That’s the fun part of this business, that we’re going to see so much innovation not just with us but across the whole industry, and that’s why you’ve seen growth across the software business as part of this overal video game business in every single console cycle over the last 20+ years.

He reiterates that the power will be “substantially greater” than what we are used to, and it will be interesting to see how their current stable of games will evolve and change.

EA is also looking at supporting the successful Nintendo Switch platform, with EA being “very pleased” about how well the platform is doing.

But we’re also conscious that the top selling titles by a long shot are all Nintendo software, which is fabulous software but it helpus us balance the reality of how big our market could be there.

But trust that we’re looking at that and you’ll hear some new things on the future that we’re putting on the platform, and we’re very pleased of how it has grown alongside the growth of both Sony and Microsoft’s platforms.

It is likely that we will see EA games on the Switch in 2020, and hopefully, even more impressive stuff on the PS5 and Xbox Series X. 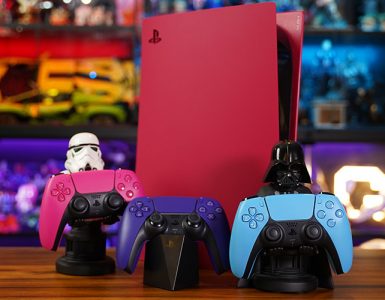