Electronic Arts (EA) may have given E3 2019 a pass, but that doesn’t mean the industry giant is missing out on all the gaming excitement that follows each yearly installment of E3. One day before the main event kicks in, EA took to Youtube and Twitch with their annual EA Play segment, where new information and reveals were aplenty.

As promised, the live stream covered content across all listed titles, from the highly-anticipated Star Wars Jedi: Fallen Order and popular battle royale shooter Apex Legends to the annualised EA Sports franchises. Here’s a quick recap of what went down during the two-and-a-half-hour online showcase, compiled all for your convenience.

Inarguably the main interest of the stream, EA wasted no time in giving a first look at Star Wars Jedi: Fallen Order through a whopping 15-minute alpha gameplay reel. Following a brief introduction of it as a “single-player action game set post-Order 66, and after the events of Episode 3“, various game mechanics were showcased – most of which will come across as familiar.

Starting off in the premises of a dilapidated, natural setting, and featuring movement mechanics like wallrunning, the game seems to have borrowed elements from the likes of the Tomb Raider and Uncharted series. In a way, the protagonist of Fallen Order can be likened to a lightsaber-wielding Nathan Drake, but in a Dark Souls-esque environment where rolls are key to dodging.

What’s most interesting about the game, perhaps, is that it complies to Star Wars canon. With Lucasfilm overseeing the project, a tight leash has been put on plot development, and story details continue to be kept under wraps. The team, however, has confirmed that Fallen Order will be a Jedi narrative, which means the choice between light and dark is no longer available.

On the opposing field, gamers can expect attacks from the normal Stormtroopers and a couple of new additions to the family, including Scout Troopers, Flame Troopers, and Purge Troopers. Ability-wise, there’s the classic force push and force pull, in addition to the force flip – otherwise known as the double jump.

Lastly, the player character will be accompanied by the adorable Buddy Droid (‘BD’ for short), whose skill set includes hacking doors and scanning old computers.

Apex players, gear up! Heading straight to the island of King’s Canyon is the Season 2 Battle Pass – titled Battle Charge –, which comes with a new gun, hero, and mode in tow. To rival the likes of the Kraber, the team has pushed out a brand-new plasma EMG by the name of the L-Star, which can only be found in care packages as a gold weapon.

The existing weapon meta is also set to change. Fans of the Mozambique (if there are any) will be thrilled that the shotgun is finally getting a buff, such that it’ll no longer only be good for pinging.

Following the launch of Season 2, Apex contenders can look forward to other new and improved features as well, including the oft-requested ranked mode that consists of six tiers in total, a new challenge-based system, the removal of stat trackers and badges, and the medal crafting ability at level 100. Four new cosmetics skins have also been unveiled, with Caustic and Octane getting a Prince of Tiger and Gene Tiger skin respectively, and the Spitfire and R301 sporting new facades.

Leaving the best for the last would be the team’s official reveal of the game’s 10th legend: Wattson. True to her name, the young hero boasts the ability to build electric fences as part of her more RTS-focused play style, designed to benefit players who have a good understanding of the map.

Meanwhile, her Ultimate is capable of shooting down bombardments, which would come in handy during encounters with arc star spammers, while regenerating the team’s shields. Its passive ability, in particular, is especially useful, for it grants a 100% Ultimate charge when an Ultimate Accelerant is used.

Wattson, and by extension, the Season Two Battle Pass, are set to spice up the battlefield with more tactical gameplay as they enter the fray on July 2, 2019.

Maps, maps, and more maps. Battlefield V will soon be welcoming several new in-game locations in light of its impending release of Chapter 4, alongside a passion project titled Operation Underground this October.

The first map, Al Sundan, will be set in the open wilderness of the North African desert, as players pilot air and land vehicles in an adaptation of the “Under No Flag” mission from the main campaign. It’s slated for launch on June 26, 2019, with a second map coming to the game in July.

Where Al Sundan takes on a sandbox approach, Marita is designed to be an infantry-focused map where the Battle of Greece continues. Apart from levelling out the field for all four classes, the presence of multi-story homes also allows for vertical gameplay.

Other points of note for Chapter 4 include:

Wrapping up the showcase is a glimpse of Chapter 5, where the entry of the US and Japan into World War II serves as the main narrative focus. More information is set to be on the horizon as the release date of Fall 2019 nears, but the battle of Iwo Jima has been confirmed to be one of the featured maps. Coolio.

Vacation mood has struck The Sims 4! In celebration of the franchise’s 20th anniversary, the team has pushed forth the Island Living expansion pack, where the player’s Sims, unsurprisingly, gets to chill on the beach.

The best part? For the first time in the game, Sims will be able to walk into the open waters in island wear and befriend dolphins, all while encountering volcanos and mermaids (yes, mermaids) – the latter of which can be styled by the player as well. It’s no surprise then, that the new conservationist career path is now an option.

Courtesy of a partnership with It Gets Better, Pride-themed offerings are set to head over to the game on June 18, 2019 as part of the Pride month celebrations. An additional Realm of Magic game pack was also announced, with more information coming later this year as its Fall 2019 release date approaches.

The Island Living expansion pack will go live on June 21, 2019, and it seems like plenty of relaxing fun is in store.

Another year, another FIFA reveal. This year’s iteration features the all-new Volta mode that brings the action on the pitch to the streets, where individuals can play with or against actual soccer players in the game – and not just as a male.

With FIFA 20, it’s now possible to experience the thrill of scoring goals as a female player on the field. Following feedback from the community, the team has also worked on improving the ball physics system, such that enthusiasts have free control of the ball during penalty shootouts and free kicks. The strife dribbling mechanic is refined to allow for more precise control, while the compose finishing experience sports improved clinical and consistent shooting.

While that certainly does spell better gameplay for players, that doesn’t mean the goal-scoring process has gotten easier. In a bid to encourage user-controlled defending, AI defence support from teammates have been reduced, so it’d be good to train up on that before the title drops on September 19, 2019 for both PC and PS4.

A mainstay of the EA Sports line-up, the forthcoming Madden 20 is set to feature signature abilities and animations specific to individuals players, with an adjusted player rating system that serves as a more accurate skill indicator of their real-life counterparts. The game will see an August 2, 2019 release, after a two-day closed beta session from June 14 to 16, 2019.

There you have it, a recap of the EA Play 2019 live stream. It might not have as much content in store as compared to the showcases of previous years, but it sure has set the stage and pace for the grand event tomorrow, especially with Star Wars Jedi: Fallen Order leading the charge.

Here’s to more gaming goodness ahead! 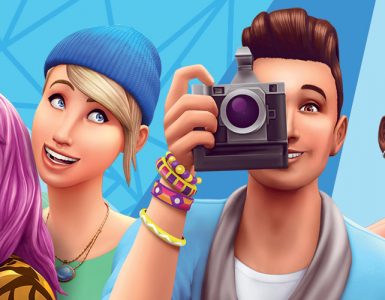