While the TARDIS makes use of ‘dimensional dams’ to make its interior look much bigger than how it does on the outside, Doctor Who fans won’t need such transdimensional engineering to get a giant TARDIS mug of their own. That’s right, ThinkGeek is now selling a huge TARDIS mug that can hold up to 64 oz. of liquid. Imagine all the coffee you can drink from that one cup.

Who needs to sleep at night, are we right?

Though it is always best to have a regular sized, bottomless mug that won’t require two hands to hold, at least we have a giant TARDIS mug to hold 64 oz. of your favourite beverage. So even though you won’t be doing any interdimensional hopping anytime soon, the giant mug is still a definite must-have for any Doctor Who fan.

At just US$24.99, the TARDIS mug will not only be able to hold your favourite drink, it also won’t hurt your wallet too much.

ThinkGeek also offers free shipping for any orders US$50 and above so keep that in mind if you’re still considering if you should get both the coffee press and mug. 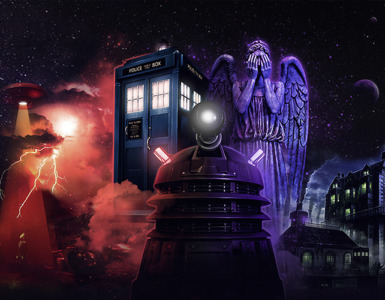