Considering how successful the Demon Slayer franchise is, being one of the best-selling mangas of all time, and its recent movie Demon Slayer: Infinity Train being the fifth highest-ranking movie in the history of Japan, it is no wonder that it has gotten collaborations with a number of brands.

This includes popular clothing brand Uniqlo, and even Tamagotchi which allowed players to raise their very own demon slayer. This time, it has been announced that Demon Slayer will be collaborating with the Japanese role-playing gacha game Granblue Fantasy.

The announcement was made by Granblue Fantasy’s official Twitter.

It seems this collaboration has been one fans have been waiting a long time for as a post on Granblue Fantasy’s Reddit page has fans asking for a Demon Slayer collab as early as 2019.

Granblue Fantasy is a turn-based role-playing game in the vein of Genshin Impact and Fate: Grand Order where players are able to summon characters of various classes to battle for them, with different characters equipped with different skills and abilities to help in battles. The game is also notable for reuniting Final Fantasy music composer Nobuo Uematsu and art director Hideo Minaba, who have previously worked together on various Final Fantasy titles.

According to the announcement, the Demon Slayer x Granblue Fantasy collaboration is slated to start sometime in December 2020. 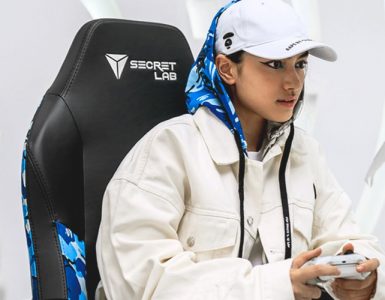 Calling all hypebeast gamers, this one's for you.

Posters and figurines not enough? get this gaming chair to complete your Demon Slayer room.

Add to your geek wardrobe with these new Astro Boy releases/