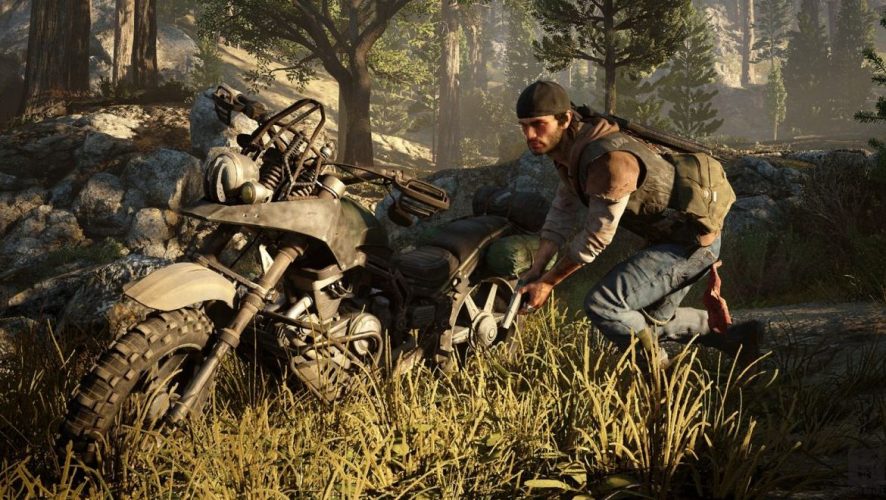 With the PS4-exclusive Days Gone slated to release on April 26 2019, pre-orders for the survival horror game have now been made available!

Set in a post-zombie apocalypse scenario, Days Gone pits you as chopper-riding drifter-turned-survivor Deacon St. John, portrayed by actor Sam Witwer, fighting human marauders and zombie Freakers alike, all in a bid to survive in this cruel new world.

Of course, we can’t have our excitement pacified without having pre-order copies of the game.

Preorders for Days Gone begin from today January 18 onwards on the PlayStation Store. The pre-orders contain several sweet premiums, including:

Digital pre-orders will also receive the exclusive Days Gone Sawmill Dynamic Theme if the game wasn’t immersive enough for you! 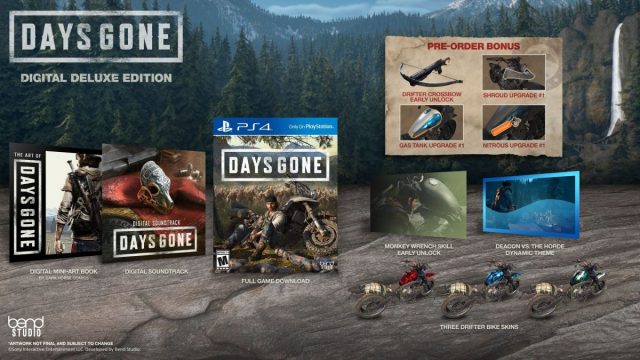 There’ll also be a physical Collector’s Edition, which includes a statuette of Deacon leaning back against his bike, a mini art book, a CD of the original soundtrack, sew-on patches, decals, and exclusive digital in-game upgrades! 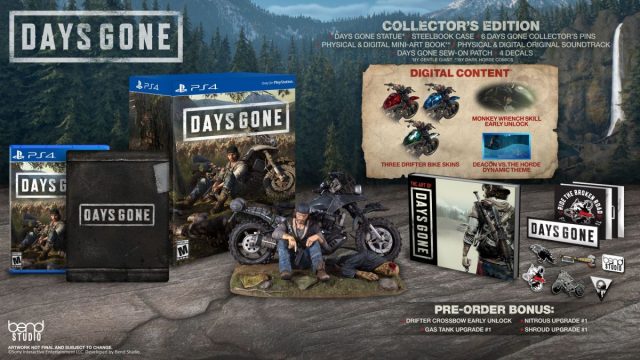 Only three months to go at the time of writing, but there’s plenty to be excited about especially with the now-available pre-orders for Days Gone. Grab yours today!

One can never get enough of pre-order goodies.