The space cowboy and his crew are back, not in the form of a new animated series, but as a music video. The likes of composer Mason Lieberman, and entertainment companies Sunrise and Funimation, have joined hands to rally support for the COVID-19 relief efforts through a special project that pays tribute to the iconic Cowboy Bebop soundtrack “The Real Folk Blues“.

Original composer Yoko Kanno and her band The Seatbelts, alongside the original cast members, were all roped into the project, which brings together over 40 names from both the video game and anime industry. Lieberman, who also acts as the project organiser, explains his reasoning behind the collaboration, “This song was originally the end credit theme for Cowboy Bebop, a generation-defining anime series.”

This project grew out of the goal of creating something fun and beautiful with the huge number of available musicians who have been sidelined as COVID-19 shuts down our entire industry. As it snowballed and grew, I realised we needed to use this as a valuable opportunity to give back to others and support everyone else who has been impacted by this crisis. I am greatly honored to present this smorgasbord of musical talent; many of my personal heroes are present on this release, and it is a tremendous joy to see them all working so hard for the greater good in this exceptional time of need.”

For an added nostalgic edge, a special vinyl edition is also up for pre-order through Qrates. The single, meanwhile, will release on official storefronts like Spotify, iTunes, and Amazon Music on 8 May 2020, with a Bandcamp version already ready for purchase.

It’s a heartening show of support and gratitude for the frontliners, who have been working tirelessly to combat the virus, and attending to the convenience of others. With loneliness being a thematic focal point of Cowboy Bebop, it’s only apt that the music video stint exudes the sentiment of camaraderie and appreciation, so everyone feels less alone.

The classic sci-fi work is set to make a comeback in the near future, in the form of a live-action film on Netflix. 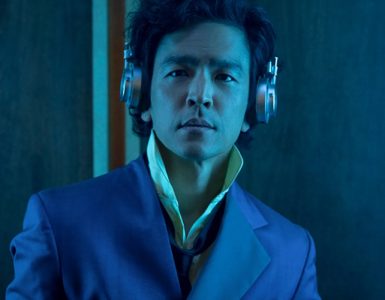 Venom: Let There Be Carnage is delayed. Again.