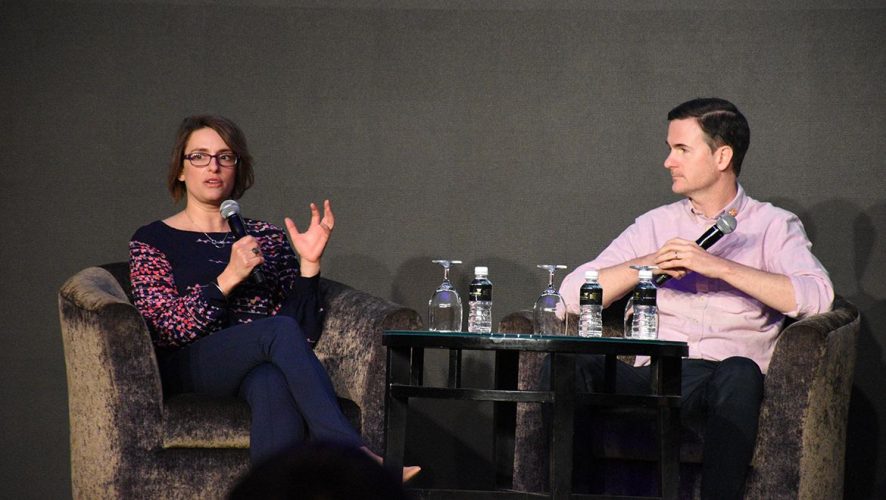 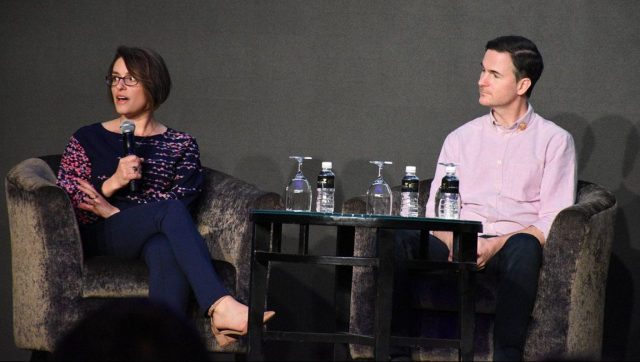 But while she is acknowledging the recognition, Boden also wishes for the day where being a female director of a huge blockbuster movie will no longer be newsworthy.

“Going to the fan event last night and seeing so many young women and girls, and also men and boys, looking up and seeing this amazing female superhero played by Brie Larson and seeing a woman that’s behind the camera too, it made me stand up a little taller. It made me feel really proud and hopeful that five to ten years from now, it won’t be newsworthy that a woman is directing a movie like this,” she explained to a hall filled with 237 Singapore film students, at a hour long Directors’ Session at Marina Bay Sands.

As part of the Captain Marvel press tour, both Anna Boden and Ryan Fleck participated in a Directors’ Session where they got to answer questions from the students, who came from various tertiary institutions such as Temasek Polytechnic, Singapore Polytechnic, Ngee Ann Polytechnic and LASALLE College of the Arts.

She added, “That there will be so many female directors and diverse voices behind the camera who are contributing to what a social conversation is, and what the stories are that people are seeing and hearing. Then creating more diverse stories because of that.”

Boden’s comment is particularly relevant with regards to the state of female directors right now, as according to a recent report by Variety, just 4.3% of all directors across the 1,200 top-grossing films between 2007 and 2018, were helmed by women.

But with the likes of Patty Jenkins (Wonder Woman), Kathryn Bigelow (Zero Dark Thirty) and Elizabeth Banks (Pitch Perfect 2) having established their calibre, things are changing in this space.

“There are challenges of course,” Fleck explains. “I think communicating is a big one. Just communicating what you want, and sometimes it is communicating with yourself what it is you want and how to communicate that to your group.” 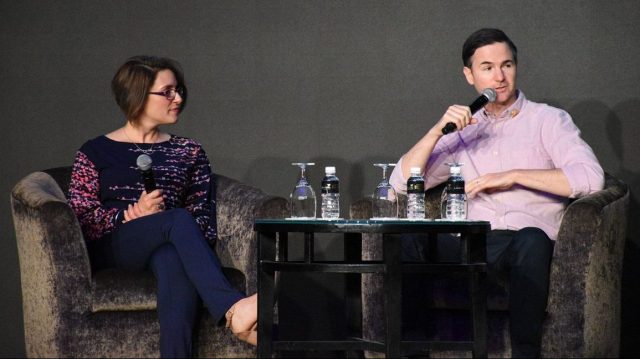 Fleck continues, praising the advantage of having a collaborator, who is also his partner, to work with, “Fortunately Anna and I, we get to talk through a lot of these conversations with each other, before we have to give these instructions to the crew. So it’s great to have a collaborator as your co-director but if you don’t have one, then just learning how to communicate what you want is so key.”

He cited an incident that happened between them before, when brainstorming for ideas to add into the film,

“One time we were talking about a script we were working on, and Anna says to me, “What if we did [this]?”, and I said, “Oh my god, yeah you mean if we did like [this]?” She’s like, “That’s not at all what I said, but that is a great idea!” So it wasn’t her idea, nor was it my idea, it was a misunderstanding that leads to an even better idea.”

Boden shared that she has worked together with Fleck for the past 20 years. That is definitely a long time to be working with someone, and it is little wonder that the pair have such a high level of trust and communication with each other.

Near the end of the Directors’ Session, the pair was also asked for ways to deal with stress, by a student who is presumably looking for ways to deal with some stress in his life. Boden’s quick reply was that she simply yells at Fleck when she’s stressed. Fleck, on the other hand, gave a more practical answer, advising the student to scream into a pillow every once in a while if necessary, or take up meditation.

Captain Marvel will be in theatres across Singapore from March 7, 2019.