When Canon released the EOS 5D Mark II in 2008, it took the camera world by storm along with a slew of innovative video features that literally created the DSLR film-making industry. Alas, time hasn’t been kind and the company has not surpassed itself on the camera front. In fact, it has dropped into a slump behind companies like Sony and Panasonic, who became the new innovators in mirrorless camera technology.

That is, until now.

The sleeping giant has awakened, and it has pulled out all the stops with its new mirrorless full-frame cameras, the EOS R5 and R6.

Both these cameras come with a plethora of outstanding and innovative features that will definitely make you doubt if it was the same company that produced the mediocre first-gen EOS R.

The EOS R5 is now Canon’s highest-end mirrorless camera and sports a brand new 45-megapixel sensor. Its headline feature would be its ability to do 8K video recording at 30 fps and 4K video recording up to 120fps, all internally at a 10-bit 4:2:2 colour space, without any crop factor. This is a major upgrade from the first EOS R, which was heavily criticised for its 1.6x crop factor when shooting 4K video.

The EOS R6 is the little brother of the R5 and shares the same 20-megapixel sensor that was seen in the recently released 1DX Mark III. While it is unable to record videos in 8K, it does 4K recording up to 60fps and 1080p recording up to 120fps.

Both these cameras are powered by the Digic X processor, as featured in the 1DX Mark III. This allows both cameras to shoot at 20fps burst rates with auto focus and auto exposure enabled, and 12fps with the mechanical shutter, This puts both these cameras firmly in the upper realm of cameras when it comes to continuous shooting speeds.

Canon has also improved its already industry leading Dual Pixel Auto Focus, to now cover 100% of the sensor area. The new Dual Pixel AF II, combined with the Digic X processor, brings with it the capability for AF eye-tracking on both humans and animals as well.

IBIS, IBIS, IBIS. Canon has finally listened to its user base and implemented IBIS (In-Body Image Stabilisation) in both the R5 and R6. When used in tandem with an Optical IS-equipped lens, or even with lenses that do not have IS, the camera-shake blur reduction is as effective as up to an 8-stop decrease in shutter speed. Users would also gain image stabilisation when using EF lenses that do not have Optical IS. ​​​​​​​

Dual card slots are available on both the R5 and R6, with the R5 utilising one CFExpress slot and one UHS-II SD card slot, and the R6 using two of the latter. The CFexpress card supports high-speed transfer, allowing the camera to perform continuous shooting of 45-megapixel still images, at up to 20fps, as well as internal recording of 8K RAW movies (without additional recording equipment).

A new LP-E6NH battery has been created for both cameras, which has 15% higher capacity than the current LP-E6N. Both cameras are compatible with existing LP-E6N and LP-E6 batteries.

Both the EOS R5 and EOS R6 have a magnesium alloy body, as well as a dust and drip-proof construction that is comparable with the EOS 5D Mark IV. It is also confirmed that the new cameras will have a handgrip similar to the 5D series, as well as the return of the joystick instead of the touchbar. Users which have been complaining about ergonomics will definitely be happy about these choices.

It is clear from the feature set and design that the EOS R5 and R6 are intended to be replacements for users who are still using the 5D-series as their daily driver. The R5 is now a competent pro-level flagship mirrorless camera, and is also Canon’s second most expensive camera after the EOS 1DX Mark III. While the R6 offers a really attractive value proposition as a more budget friendly but still feature rich system.

The new video features will also be extremely attractive to videographers and hybrid shooters, which up till now have had to look away from Canon to fulfill their needs. Sony executives are definitely scrambling to launch their overdue and almost mythical A7s III.

​​​​​​​The EOS R5 will be available for pre-order from 8pm 9 July to 28 July 2020 at Canon authorised dealers at the following recommended retail price. Pre-orders will receive a complimentary Control Ring Mount Adapter EF-EOS R worth S$319, and a SanDisk Extreme Pro SDXC 64GB worth S$43. The EOS R5 official sales launch will be 30 July 2020. 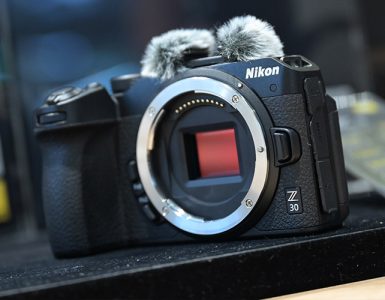 Packed with all the ease of use for content creators.