Bandai Namco‘s upcoming Tales of Arise is one of the more highly anticipated games to come out later this year, and fans have been getting quite excited over its potential. From the Ufotable opening movie to its roleplaying pedigree, it is very likely we will have another hit for the franchise. Now, we know more about certain game features that are coming to Tales of Arise alongside an interview with composer Motoi Sakuraba.

One of the key aspects of the series is that of party members, which will not change for Tales of Arise. Along the journey to save the planet Dahna, players can look forward to bonding with their party, and engage in unique conversations.

One of the more interesting features in Tales of Arise, companion encounters include event movies, animated cut-scenes, skits, and short chats.

It is clear Bandai Namco wants players to learn more about who they are adventuring with. More character development is always welcome, especially from differing perspectives.

Camping is a key part of building bonds too. Deeper communications can be had at camp, and you can easily relive past skits that have happened in the past.

Cooking returns as one of the headlining features in Tales of Arise, something that would be familiar to fans. Quirky dishes are the standard, tweaked to each character’s specialities. The additional chef-style outfits are the icing on the cake.

Recipes will require ingredients to be recreated, and eating food buffs your party for the trials ahead.

During your adventures, Alphen and his friends will also encounter people with various challenges. By solving their problems, you can obtain weapons, items and even cooking recipes. Those are not the only rewards, with characters’ personalities and emotional changes shining through as well.

As if that is not enough, Tales of Arise also features a farming component. Develop the farm and reap the rewards of a wealth of ingredients, and keep that cooking fire going strong. Once you are tired of that, there are also mini-games and sub-quests like fishing to occupy your time.

With a hopefully substantial story, stellar gameplay, and all these accompanying features, Tales of Arise will arrive this 9 September. 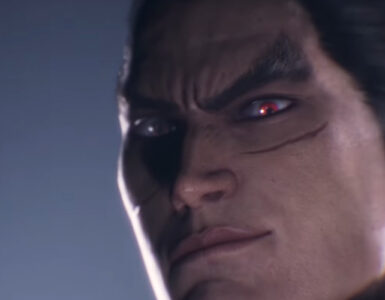