When it comes to video game movies, the genre has a mixed record. After all, not everyone can be Mortal Kombat.

As for Lionsgate’s Borderlands movie, the amount of names joining the show has been nothing short of impressive.

Adding Jack Black to the roster as the wise talking general-purpose robot Claptrap, is exactly the chaotic energy the character needs.

At this point of time, we’ve already seen half the Jumanji cast already onboard, so the question remains – How different will the show be?

We all know that Black and Kevin Hart were awesome together in their previous outing. Right now, it’s another movie set in a video game.

While each actor might bring a different take to their individual Borderlands characters, there’s expectations to be met depending on how fans view each vault hunter in their head canon.

Considering that Borderlands saw relative success as a video game, the star power of the movie has already attracted:

It won’t be Black’s first foray into voicing video game characters. After all, he was iconic as Eddie Riggs from Brütal Legend so Black would definitely fall into the role of Claptrap easily. 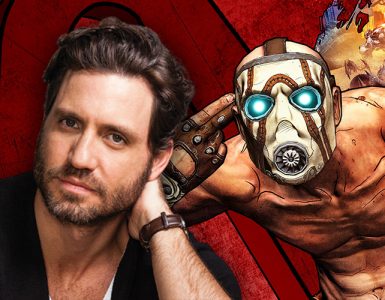 The man behind Atlas Corporation finally has a face.