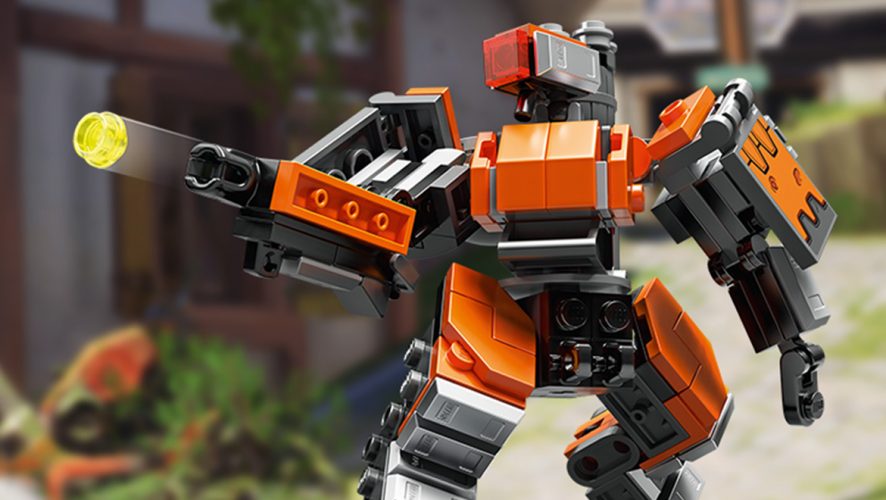 We finally got a glimpse of the fruits of Blizzard and LEGO’s collaboration on the popular first-person shooter, Overwatch, when the Tracer mini-fig was revealed last week, but now we have a full look at the first complete set that will be in the collection.

Introducing the LEGO version of the robotic tank/turret hybrid, Bastion. A 182-piece buildable set, it features Bastion’s “Omnic Crisis Orange” skin, as well as a functional machine gun that can fire small LEGO pieces across distances for that true Overwatch experience.

But if you are looking to transform said Bastion, tough luck, it does not seem to be able to go into Sentry or tank mode. Guess we will have to wait for someone to mod it somehow! 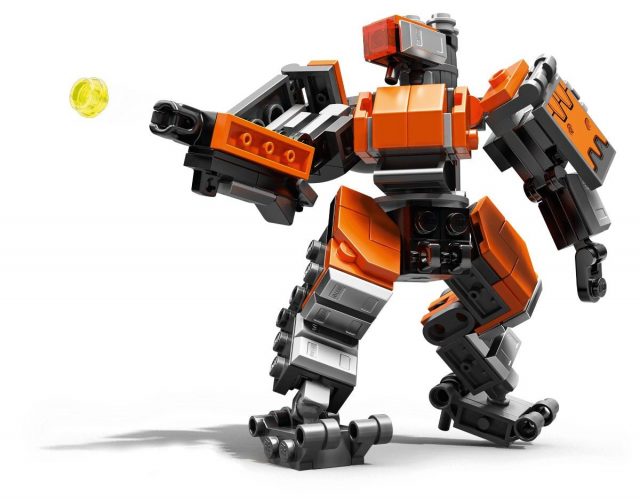 Of course, it wouldn’t be Bastion without his trusty companion, Ganymede the bird, and the whole set looks pretty awesome.

The Omnic Bastion set is a limited edition set that is selling for $25 exclusively on the Blizzard’s online store. With Blizzcon just around the corner, we can definitely expect to see more sets revealed in the coming weeks. 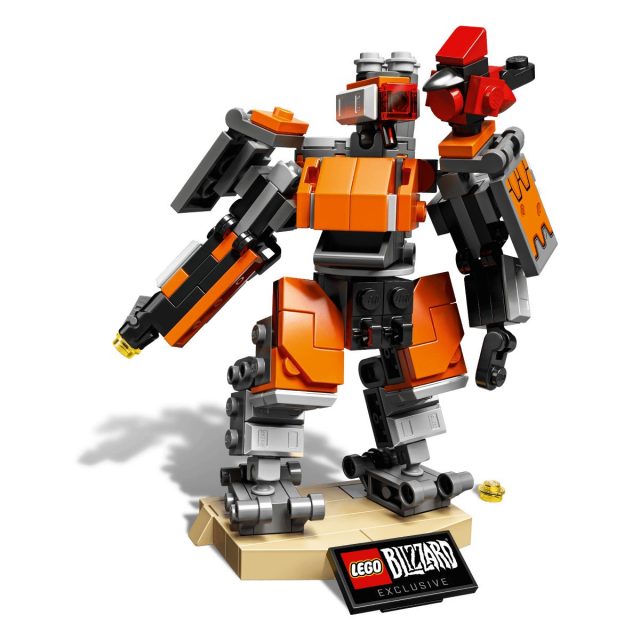