News of delay or quiet cancellations are not uncommon in the games industry. Where some projects unfortunately never saw the light of day, others require a longer time window for touch-ups, further refinement, and the like. After falling off the grid for some time, THQ Nordic’s “open-world, post-apocalyptic kung fu fable” Biomuntant is finally back on track, with an official launch in tow.

The action-RPG will be heading to PC, PS4, and Xbox One on 25 May 2021, following a no-show on its original 2019 date. While news of the game has slowed down in recent years, it successfully caught the eye of many during its debut announcement back in 2017, where its beautiful design and unique setting sparked curiosity and excitement among the gaming crowd.

Biomutant is the first major project from Swedish studio Experiment 101, which was founded by Avalanche Studios’ former creative director, Stefan Ljungqvist. In the game, players are able to equip and customise their character with an arsenal of weapons and abilities, including bionic prosthetics, deadly mutations, and adjusted stats.

All of that is done through a DNA recoding mechanic of sorts, where physical features such as fur shape and colours can be modified, and factors like body size can affect the range of cybernetic and biomutant powers. Weapon crafting, a sandbox-like approach, a ranged-and-melee combat hybrid, and a general climate cycle are other features to keep an eye out for as well, and here’s a quick glimpse of how everything comes together in gameplay:

PS5 and Xbox Series X owners will be able to play the game through backward compatibility, though there are currently no versions or upgrades planned for the new generation of consoles. Trying something different is good, but the flaws are apparent. 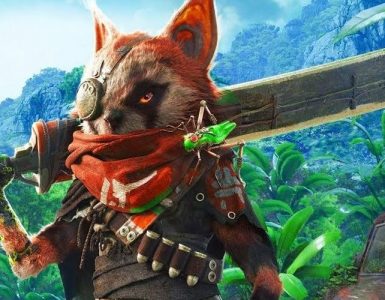 Go crazy with this first look at Biomutant!