Now that the exclusivity furore is out of the way, Bethesda has given us a new look at its upcoming sci-fi epic, Starfield, in what will likely be the first of a brand new video series. Game Director Todd Howard is joined by Studio Director Angela Browder and Art Director Matt Carafano as they discussed the inspirations behind Starfield, and what fans can expect.

“We were doing Morrowind and looking at what we might do after that and beyond that, and we had a list of, ‘What are the other types of worlds we want to go to?’,” Howard explained. “And obviously Fallout was at the top of the list, if we could do that. And that magically, luckily, came true for us. And right behind that was science fiction.”

Like most of Bethesda’s other RPGs, exploration will be key to the experience. However, the team has had to approach it differently due to the more realistic settings based on science. It helps then, that the development team has lots to tap on with its diverse makeup.

If you liked Skyrim, then it is likely you will find something to love about Starfield as well. This includes the first-person perspective, a highly interactive world, and something Howard teased as “‘step out’ moments.”

“We always have that ‘step out’ moment into the world, so to say. The technology has changed. We’ve all changed. So our expectations when loading up a game, like, ‘Okay, I’m going to step out and there’s going to be this moment.’ Us being able to do that and have it feel new every generation, every game, is something that is really special about what we do.”

“I like to say that Starfield has two ‘step out’ moments. That’s cryptic.”

That should keep the hype train going for a while. Starfield is expected to launch on November 11, 2022. 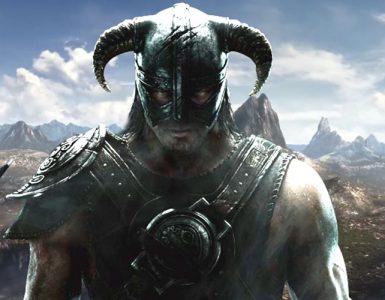 Charting a new course for The Elder Scrolls franchise.