Back From The Dead? Telltale Games Gets Resurrected, New Games In The Making

When it comes to interactive, episodic story games, none seem to do it as well as Telltale Games. Or at least, that’s what the gaming community thought back in 2012, when the heart-wrenching adaptation of The Walking Dead took the world by storm.

However, six years later, Telltale ended up in the gutter after a series of poor executive decisions, particularly in overworking its in-house devs and in turn causing a class-action lawsuit to be launched at the company, forcing it to lay off virtually all its staff in one sitting, and eventually forcing the company to close down just last year.

But a twist in the tale sees Telltale being revived in some form, with the acquisition of its assets purchased by privately-owned, US-based LCG Entertainment. As reported by Business Wire, LCG will be selling Telltale’s back-catalogue, as well as develop new games based off of Telltale-owned IPs and external licenses.

“All of us were big fans of the games Telltale created, as we strongly believe in games as a storytelling medium and nobody did it better,” said CEO of the born-again Telltale Games, Jamie Ottilie. “Even now, when you see a game with a strong narrative, it’s always compared to Telltale, so it’s no surprise that players and industry colleagues alike mourned the studio’s closure. We believe there is still so much life to the brand and its franchises, and we look forward to building upon the company’s storytelling legacy.”

Nothing yet has been announced as to what these new games are, but Ottilie told Polygon that he and the new team are “still evaluating, but definitely want to continue some of the stories” that the previous Telltale titles left off. Interestingly, Ottilie also noted that the new Telltale has headhunted some of the staff from the original dev team in freelance roles, with potential full-time conversions in the future.

As Ottilie pointed out, there is indeed a lasting legacy the old Telltale left behind, despite its tarnished reputation.

In its heyday, it reeled in fans from all aspects of pop culture, having developed the likes of the aforementioned The Walking Dead (the final season of which was salvaged by Skybound Games), Batman: The Telltale Series, Tales from the Borderlands, and A Wolf Among Us, just to name a few.

Before it was shut down, there were even talks of a Telltale Stranger Things game, but before anything else could come out of it, the inevitable happened, and the rights went back to Netflix.

In any case, whether you liked Telltale Games or not, it looks as though they’re here to stay and tell more, well, tales. For now, at least. 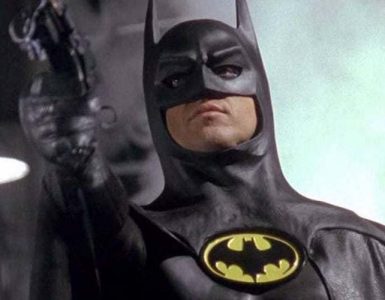 Keaton will now play the Dark Knight in Batgirl AND The Flash.