Baby Yoda Will Not Be Making An Appearance In Star Wars: The Rise of Skywalker

For those secretly wishing for the appearance of Baby Yoda in Star Wars: The Rise of Skywalker, we’re sorry to disappoint but director J. J. Abrams has confirmed that the infant will not be making an appearance in the movie.

J.J. Abrams confirmed this once and for all while speaking to Variety at the film’s premiere red carpet.

“Baby Yoda is not in the movie,” Abrams said.

Though not in his movie, it seems even Abrams isn’t immune to the charms of the adorable creature known simply as “The Child” on The Mandalorian.

“[He is] the cutest thing in the history of time,” he said when asked about how he felt when he first saw Baby Yoda. “How can you deny Baby Yoda? You can’t.”

Baby Yoda is a 50-year-old “infant” who first appeared on the pilot episode of The Mandalorian, where it quickly caught the attention of the internet with its huge adorable eyes, oversized green ears, and little brown robe.

Though for those unaware, Baby Yoda is not in fact Yoda. The Jedi master died peacefully, five years before the events of The Mandalorian, in Star Wars: Return of the Jedi.

Though they are clearly not one and the same, with Baby Yoda only being 50 years old, the Internet has decided to dub him so because both clearly are from the same species. We have even gotten the go ahead from the show’s director Dave Filoni to call the adorable infant Baby Yoda.

Though Baby Yoda will not be making an appearance in Star Wars: The Rise of Skywalker, fans can still catch it on the penultimate episode of The Mandalorian which drops on December 18, 4pm SGT. 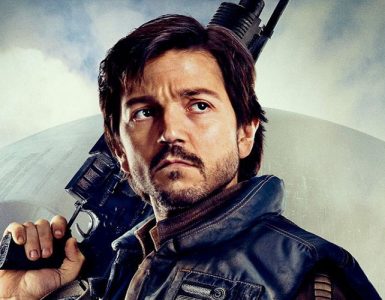