After a tease and amazing look at the creation of art by BossLogic, Ubisoft has officially revealed the title of the new Assassin’s Creed. Your next adventure in the war of Templars and Assassins will be in Assassin’s Creed Valhalla.

This confirms much of the previous speculation that the new game will be Viking-themed. With the completed artwork, we know that will play an important role in the game. The game will take place between the ninth and eleventh centuries, which will take us to about 100-400 years before the events of the first Assassin’s Creed title.

Perhaps it will continue in the same vein as both Assassin’s Creed Origins and Assassin’s Creed Odyssey, which gave us insights into the Hidden Ones and The Order of Ancients. The former becoming the Assassin Brotherhood, and the latter, the Templar Order.

The artwork features the iconic Viking longboats, and the raiders look like they eventually go into battle with English soldiers. The axe our central figure holds has the Brotherhood’s symbol etched into its blade. We also see a raven flying over the figure’s shoulder, which could function the same way as both Senu and Ikaros did in the previous two games of the series.

Seeing that it is Assassin’s Creed Valhalla after all, the raven could easily be the eye of Odin. Just like in a certain God of War.

Assassin’s Creed Valhalla will be the first new game in the franchise since Odyssey. Ubisoft has since abandoned the annualised release of the series, opting for more content support in the form of DLC expansions. 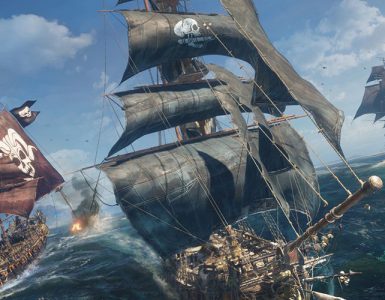 Another delay for this sinking ship.