There are plenty of things we’re looking forward to in the upcoming Apple iOS 14.5 software update – there’s the PS5 DualSense Controller via PS Remote Play, as well as the ability to unlock your iPhone with your Apple Watch when you have your mask on. However, one of the biggest updates that will impact all users is Apple’s new App Tracking Transparency feature.

It’s common knowledge that advertisers and developers track users via apps, third party software and internet searches – it’s how these companies know so much about you, and allows advertisers to effectively target consumers, which explains how you always get hit with ads that are related to your interests and lifestyle.

This was further made easier with Apple IDFA, or Identifier for Advertisers – a device identifier assigned to a user’s device that allows advertisers to track and target users within iOS apps. It works similarly to your web browser cookies, and provides advertisers with information and data regarding user interactions within an app.

Now, Apple is giving control and power back to their consumers, and protecting user privacy with App Tracking Transparency. With the new iOS 14.5 update, apps and developers must now ask users for permission to track them. In addition, users now have further control over what apps can track, as well as their behaviours as well.

Once the new iOS update has been installed, a prompt would appear when opening an app, asking users for permission to track them. The prompt should look similar to when an app requests to share your location, import your contacts or use your camera when using the app. Furthermore, users can easily toggle between what apps can or cannot track under the tracking feature in their device’s privacy settings. Users can change their mind and change their tracking privacy choice at any time.

Consenting to tracking just means the apps and advertisers will have access to your behaviours and user interactions to allow for targeted ads that you would want to see or care about. But what happens when you say no?

When you deny permission to tracking, the apps will still have a hold of your IDFA (as they usually would when advertising within iOS apps) but would no longer have access to your behaviour and interactions. Denying permission should not affect the way you experience the app and Apple has made it clear that apps are not allowed to block users from using the app if a user denies permission.

All in all, Apple is attempting to protect their users’ privacy in whatever way they deem best without necessarily destroying the advertising business. With their new privacy-preserving ad technologies, SKAdNetwork and Private Click Measurement, Apple will let advertisers know how many times an app was installed after ads for it was seen and allow advertisers to measure the impact of ads using on-device processing. Both these technologies still allow advertisers to measure the successes of their campaigns and still reach app users without the need to track them.

No date has been given as to when the new iOS 14.5 update will roll out, but Apple is on track to releasing it this Spring 2021, which is sometime from September. For more information, check out Apple’s website. 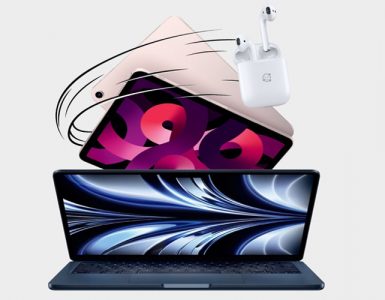