2017: The Year Nintendo Struck Back

Nintendo recently announced that they sold more than 10 million units of the Nintendo Switch worldwide within the first 9 months of its release. That’s pretty damn good for a system that just came out earlier this year. It was apparent that the Switch was going to outsell the Nintendo Wii U – its previous console barely broke the million mark on its debut year.

But to exceed leaps and bounds beyond its current gen competitors for first year sales? That’s quite a feat. The only other system that sold more units than that in recent years was the PlayStation 4, which hit 13.5 million units within its first 10 months since its release back in November 15, 2013.

Nintendo has its head in the game now. It took them a while since their dismal Wii U era, but who doesn’t love a comeback story? Despite the fact that the Nintendo Switch can cost quite a bit in Southeast Asia, the fact remains: you’re getting your money’s worth what with the first-party games available right now, and just in time for the end-of-year holiday season.

THE Killer App At Launch

The Switch’s launch library may be rocky, but it takes one game to be the de facto system seller: The Legend of Zelda – Breath Of The Wild. The prospect of playing a current-gen first-party 3D Zelda game on the local commute is a big draw.

To be fair, I was one of the few who only got the Switch in the middle of the year when the more esoteric titles were popping up. Still, the majority were sold by the fact that a mothership Legend of Zelda is playable on a brand new Nintendo console from the get-go, as well as on the go. Apart from being a well-designed open world game with lots to do and take in sights-wise (those atop-the-cliff vistas are freaking gorgeous), most of BotW’s minor activities are tailored to be bite-sized. There’s a bit of Moblin-killing, ingredient-hunting, puzzle dungeon-solving, and cliff-scaling to cram in while you’re on your daily commute.

No Delays For Exclusives

This is important to note because Nintendo is known for first-party title delays. The Legend of Zelda: Ocarina Of Time, Super Mario Sunshine, Super Mario Galaxy, Legend of Zelda: Twilight Princess: we could go on. Point is, whatever Nintendo announced for the Switch this year all came out as promised and on time. Plus, they’re all well-made and released without any compromise.

We have fighting game ARMS (which is making its big-time debut in EVO Japan in 2018), the multiplayer paint-shooter title Splatoon 2 (which is still being updated on a constant basis), the obligatory 3D Mario platformer Super Mario Odyssey, and the JRPG wunderkind Xenoblade Chronicles 2 (which is good if you’re a patient enough person to wade through it). It probably helped a lot that the Switch’s Zelda and Mario titles were bundled conveniently in time for the end-of-November Black Friday and Cyber Monday sales all across the world; that’s a windfall waiting to happen. 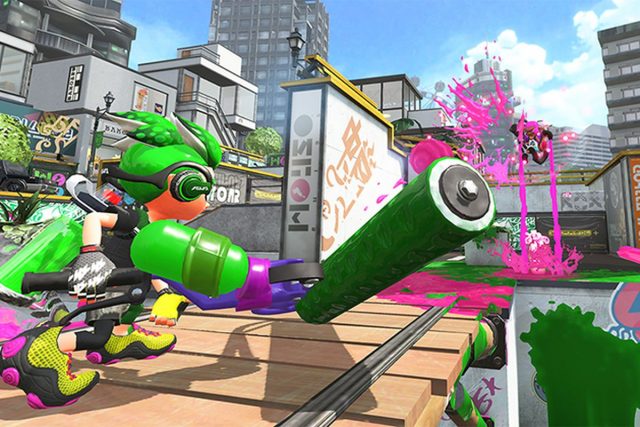 In an environment where games usually don’t make it out on time and are delayed, while those that do usually aren’t completely finished *coughDayOnePatch&EarlyAccesscough*, it’s nice to know that Nintendo says “screw it” to these trends and just ship games out on time and in a complete state. Just like a sane first-party video game company should.

For most of us who want the most out of their system, the Nintendo Switch is indeed lacking in that department. Nonexistent Bluetooth headset support, the flimsy kickstand on the back, a “charge-disabled” Joy-Con grip accessory that comes with the set: they’re very transparent about the fact that you need to buy Nintendo-approved Switch accessories from the get-go.

Still, the console’s portability and controller feel/flexibility make up for these niggling shortcomings. You’d think from the looks of it that it looks flimsy, but it doesn’t. It’s also great to be able to have a four-player Mario Kart 8 session with just two pairs of controllers in a coffee shop or any other outdoor setting. Having options to play first-party games outside of your home is always a boon; just mind the battery life if you’re planning marathons.

READ ALSO:  Geek Interview: Paul W.S. Anderson Explains How The Monster Hunter Games That Kicked His A** Led To The Movie

It’ll probably take a year until Nintendo start adding in Streetpass-like features and a proper paid online service with the usual “free games” perks. All things considered, we ended up getting a pretty good start.

But What About The 3DS?

Ah yes, that other portable console that carried Nintendo since jumping gears from the Nintendo DS! While 2017 was the year of the Switch, Nintendo did shine some love on its portable console. Chief highlights include Metroid: Samus Returns, Ever Oasis, Monster Hunter Stories, and Fire Emblem Echoes. Ports of Yoshi Wooly World and Dragon Quest VIII were released to some degree of fanfare. The remixes of Pokemon Sun & Moon (subtitled Ultra) sold well as expected because if it worked for past mothership titles, it’ll work here. 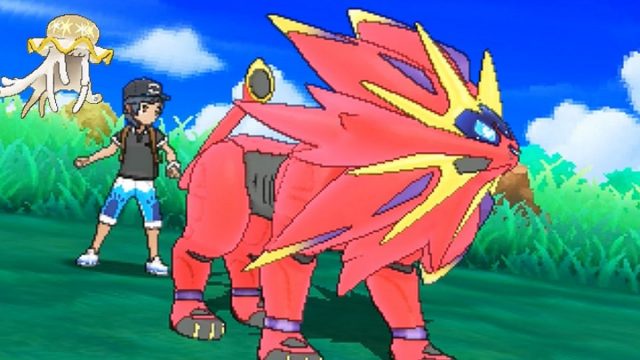 But let’s be realistic: every Switch sold is one more person who is likely not to carry their 3DS around. The deciding factor, at least with my prediction, will be the inevitable mothership Pokemon entry which the Big N will announce in the future. Not a spin-off, but a full-fledged RPG.

If it’s announced for the Switch in 2018 in some form or capacity, they’re going to eventually cut off the 3DS, or at least relegate third-party devs to support it while it lasts. Don’t feel too bad though: the 3DS has had a lovely run since 2011.

A gaming device is only as good as its games, and Nintendo won this year’s battle thanks to its clear messaging of its new console and its arguably stellar exclusives that has something for everyone. From enhanced Wii U ports to brand new titles, it’s probably time to *ahem* switch your mindset around and cave in to Nintendo’s new wonder.