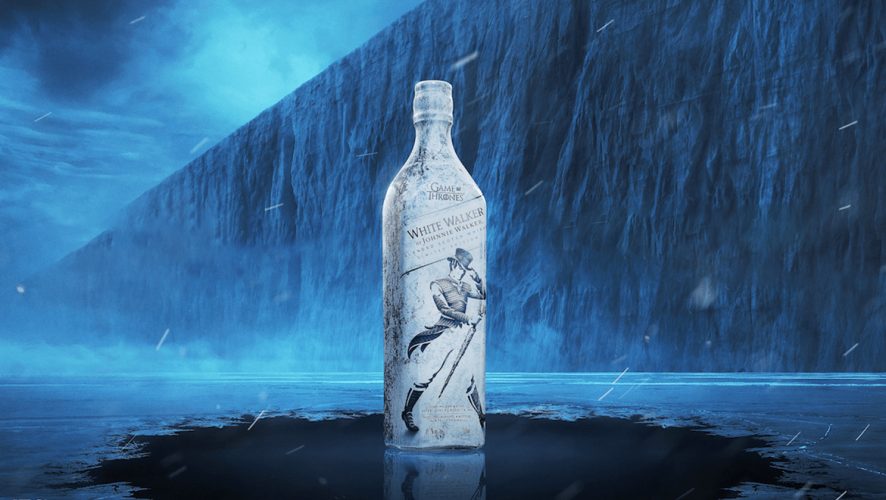 Scratch that, winter is here. Or so, Johnnie Walker will have us believe.

Their brand new line of scotch is aptly named White Walker, after the undead creatures from hit HBO series, Game of Thrones, with “flesh pale as milk” and eyes “a blue that burned like ice”. Sporting labels printed with temperature-sensitive ink that will reveal the words ‘Winter is here’ should the bottle reach freezing temperatures, the White Walker will be a nice addition to many a fan’s alcohol cabinet. And it’ll be retailing at US$36.

Winter is here. Face the storm with the newest blend of Johnnie Walker, White Walker, in partnership with @GameofThrones. Best served ice cold from the freezer. pic.twitter.com/6hLBCzpH5L

It’s not the only Game of Thrones-themed alcohol on the market. The show has a beer deal with Brewery Ommegang, which has previously released several choice flavours coined Hand of the Queen, Queen of the Seven Kingdoms and Mother of Dragons. There’s also a Game of Thrones wine collection from Vintage Wine Estates.

Of course, Johnnie Walker’s not done with just the White Walker. They will be releasing another eight variations, seven of which will be named after the houses of Westeros, and the last will be a tribute to the Night’s Watch.

“I am the sword in the darkness. I am the watcher on the walls. I am the shield that guards the realms of men. I pledge my life and honour to the Night’s Watch, for this night and all the nights to come.” We’ll definitely be drinking to that.