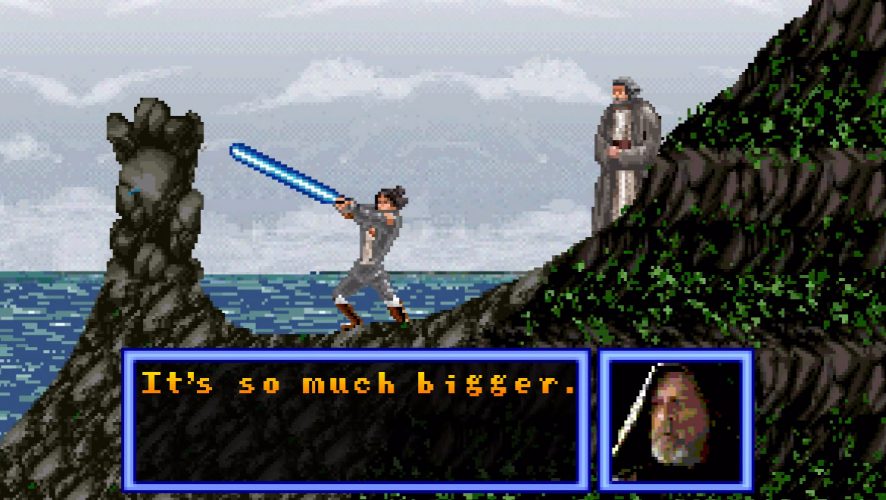 Every Christmas, people from all around the world look forward to unwrapping presents and having a jolly good time with friends and families. Star Wars fans, however, have even more to be excited about. After the successes of both The Force Awakens and Rogue One, this year’s The Last Jedi is gathering even more steam for its hype train. We can all safely assume that excitement in the second film of this third trilogy will only get even more feverish, especially after the recent teaser trailer (watch below).

Well, it did not take long for fans to give the trailer a close examination. From lore to characters, to potential story developments, the theories are endless. We will leave that for another time, what impressed us most was one variation of the original teaser. Step forward JoBlo Videos from YouTube, a creator that managed to give the trailer an 16-bit (yup, its actually 16-bit and not 8-bit) makeover, and what a marvellous job it was. Director Rian Johnson even took notice of JoBlo’s 16-bit treatment and shared it with his followers, talk about blowing up!

Workshop LEGO Animations made a LEGO treatment as well:

Have you seen more creative content for Star Wars: The Last Jedi? Share it with us in the comments below!