While we’re all making our rounds on the likes of superhero video game heavyweights Batman: Arkham Knight and Marvel: Ultimate Alliance 3, a new contender in the form of Valiant Comics emerges.

The comic book company, famous for titles such as Bloodshot, X-O Manowar, Shadowman and Archer & Armstrong, has recently signed a deal with indie developer Blowfish Studios (JackQuest, Gunscape) to make video games based on these superhero comic books.

While there are no actual titles that have been announced yet, this will no doubt be a huge step forward for Valiant Comics fans as they will finally get to see their favourite characters go up against the likes of DC and Marvel in the video games market.

Already, Bloodshot will be coming out in theatres next year, starring Vin Diesel, so it should kickstart a new multimedia era for Valiant as a whole.

“We’re thrilled to bring Valiant’s characters back into the video game industry and give fans the opportunity to play as their favorite superheroes,” said Dan Mintz, founder and CEO of Valiant’s parent company, DMG Entertainment, in a statement. “Translating these characters and stories to video games could not come at a more exciting time as we introduce the world to the Valiant Universe on the big screen with the Bloodshot release. These games are poised to become further proof of these characters’ immense potential as anchors in pop culture.”

READ ALSO:  Tips On How To Make Character Creation For Video Games A Breeze 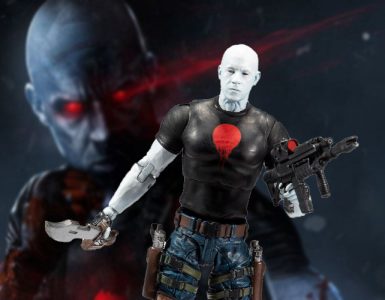