Joker is, some might argue, one of those films that need no extended cut, simply due to how complete it is. But for those that still clamour for an extended cut or director’s cut, there will be no bone thrown at them.

Director Todd Phillips personally went on record to dash any hope of a Joker Extended Cut, bluntly stating his abhorrence to re-releasing films just to get a look at deleted scenes.

“I hate f**king extended cuts,” Phillips bluntly told Collider. “I hate deleted scenes… they’re deleted for a reason. The movie that exists is exactly the movie I want it to be and I will never show a deleted scene.”

Despite this, Phillips did share some interesting stories while working on Joker in post-production, stating that there were instances where he considered alternate takes, which may have ultimately made the film feel different overall.

It’s funny, you talked about deleted scenes before and I was just thinking, while I don’t like deleted scenes, we did cut this fun thing together of all the times (to Phoenix) — I haven’t showed it to you yet — of him walking out on Murray Franklin because every time the guy would go, Murray would stand and go, ‘Please welcome Joker,”‘and the curtains would open and he comes out and does something different every time.

You know the thing in the movie, he spins, he kisses the woman. But we cut this thing together of ‘Please welcome Joker,’ and I don’t know, we did it 13 times maybe, and they’re all different and they’re so funny and there’s so many good ones. I was like, ‘Oh, I wonder why I didn’t use that one?’

Todd Phillips on using alternate takes in the making of Joker.

While Phillips’ point of view need not necessarily be directed at other filmmakers per se, it is interesting that his commentary comes not long after Marvel Studios released the Infinity Saga Blu-ray Box Set, which includes deleted and extended scenes for nearly all 23 films in the MCU.

All these alternate scenes and takes for Joker would have been interesting to see, without a doubt.

Phillips, ultimately, has the last laugh. 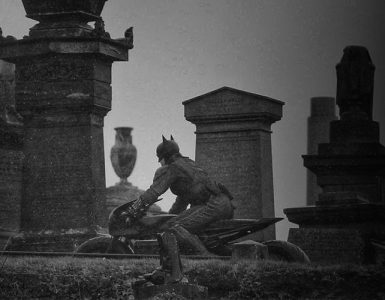 Gotham before the Bats.

Hellblazer might be returning to the silver screen once again.