These LEGO Minifigs Cosplaying As Star Wars Vehicles Are Gold

Nick started the idea back in 2011, via a contest held on the Eurobricks forum. One of the categories were “personal ship”, so he came up with the idea of an X-wing costume for Luke Skywalker, which won him second place.

Have a look at his original design below.

He had stopped building for a while, but recently had a spark of inspiration from all the hype surrounding Star Wars: The Force Awakens, and recent purchase of the LEGO UCS TIE Fighter. This lead to a multitude of new creations across the past two weeks, and we now have characters like Vader, Rey, Poe, Han cosplaying as various Star Wars vehicles.

Looking at these creations just makes me want to whip up some of my own right away! 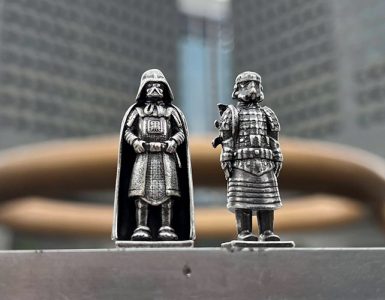