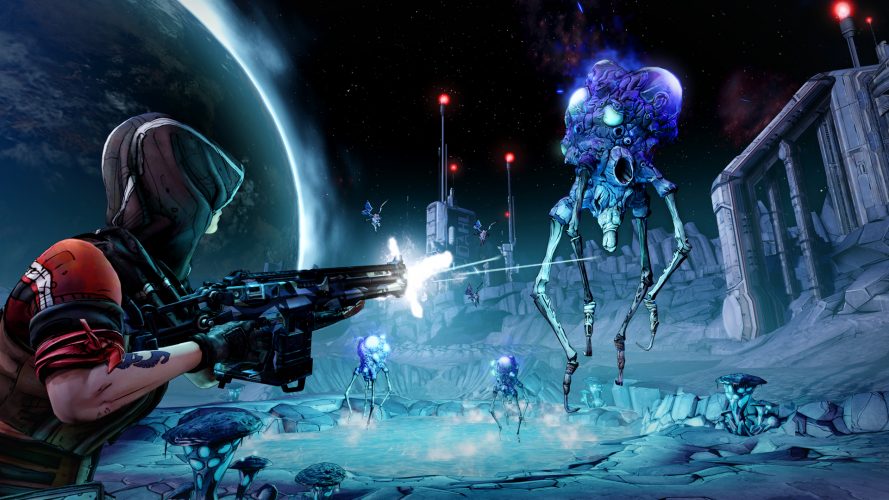 The next Borderlands game is called Borderlands: The Pre-Sequel. Seriously.

Rumors have been flying about the Internet this past week regarding the next Borderlands game, and we finally have confirmation straight from the horse’s mouth! The next game in the franchise (aside from the already-announced Tales From The Borderlands by Telltale Games) will be the rather aptly-named Borderlands: The Pre-Sequel!

Taking place between Borderlands and Borderlands 2, players will take the role as one of Handsome Jack’s henchmen and actively partake in his rise to power as the CEO of the Hyperion corporation.

Borderlands: The Pre-Sequel fills in the 5-year gap between the first 2 games, and allows players to experience the rich backstory behind the character of Handsome Jack and the rest of the Borderlands universe.

Also, it makes for a pretty clever title. Much as I hate to say it, Borderlands 1.5 just doesn’t have that special ring to it, ya know what I mean?

The game uses the Borderlands 2 engine, and from what we’ve seen, longtime fans of the franchise will have no difficulty going right back into their shooting-and-looting ways. Having said that, it’s definitely not the same game, and the developers at Gearbox (and newcomers 2K Australia) have made quite a number of changes and additions to keep things fresh and interesting for veterans and newcomers alike.

For starters, you have a new crew of 4 playable characters to choose from. While we did not get to witness all 4 of them in action, we got to see 2 characters who might ring a bell, especially among the hardcore Borderlands fans out there: Athena, Crimson Lance Assassin extraordinaire, and Wilhelm, who you might remember as the first major boss in Borderlands 2.

In The Pre-Sequel, Wilhelm has yet to make the transition to cyborg, and what we saw of him looked mostly human. However, there were indications that levelling Wilhelm up and upgrading his abilities would result in him replacing more and more of his own body parts with robotic components. Whether or not he becomes his Borderlands 2 self by the end of The Pre-Sequel remains to be seen, but I’m sure it would be pretty damn cool to be stomping around as a half-man, half-Hyperion loader!

Oh alright, some of you already have your suspicions, and are probably dying to know this, so here it is: For the first time in franchise history, CLAPTRAP IS PLAYABLE. Are you happy now? Of course you are!

So yes, Claptrap is the 3rd playable character. He’s… well, he’s Claptrap. He has a height disadvantage (or maybe it’s an advantage), he doesn’t have legs, we don’t really know much about his abilities and weapons, but do you really care? It’s Claptrap!

This article could probably just comprise of the words “PLAYABLE CLAPTRAP” and you guys would be happy. Jeez.

Fly Me To The Moon

The most significant change however, has to be the setting. We’re all familiar with Pandora by now, and the developers have upped the ante by taking players to Pandora’s moon! Yes, this means low gravity, and with low gravity comes… you guessed it, jetpacks!

Seeing as there is no breathable atmosphere on the moon, a new resource has been added to the game: Oxygen. Upon venturing out of pressurized indoor areas, a helmet automatically seals itself around the player’s head and the oxygen supply starts depleting. Players can replenish their oxygen supplies in a variety of different ways: They can activate an oxygen station, stand over oxygen “vents” which can be found on the ground, or simply enter a pressurized area.

Aside from keeping the player alive, oxygen is also consumed whenever the player engages the jetpack. Coupled with the low gravity on Pandora’s moon, this allows for some crazy aerial maneuvers; you can now leap across great chasms and get some impressive air-time. Not to mention, you can now quite literally blow enemies sky high. A well-placed grenade or two can and will send enemies spiraling into space at escape velocity!

Perhaps to encourage aerial shenanigans, the developers have added a new move (which they affectionately refer to as the “butt-stomp”) which is triggered by crouching while airborne. This sends the player character crashing to the ground, dealing damage in a small area around you. You can even spec your equipment to enhance the butt-stomp with useful secondary effects, such as elemental damage.

In fact, during the demo, one of the the players set his character up to create an “oxygen bubble” in the impact zone, allowing him to replenish his oxygen supply on-the-fly. This was definitely one of the more creative implementations I’ve seen, and at this point I can only imagine what other applications this move will have in the full game.

What Borderlands game would be complete without the inclusion of some new loot? Though the demo was pretty short, we did get to see a couple of new weapon types and effects in action.

The first of these are energy weapons. We saw two different types being used; one worked like a blaster rifle from Star Wars, launching bright red laser bolts (pew pew!) at enemies at a pretty good rate-of-fire. The second one we saw was more reminiscent of the proton stream from Ghostbusters, which required that the player keep the oscillating beam pointed at enemies to deal damage over time. With a steady hand (or thumb, if you’re a dirty console-gaming peasant like me), the effects can be devastating.

We also saw the introduction of Cryo ammo, which as expected, can slow down or even freeze enemies solid. Coupled with massive blunt force trauma from sources such as (but not limited to) impacts from bullets, explosives, or jetpack-assisted butt stomps, frozen enemies can be shattered into dozens of shiny little pieces. While this isn’t exactly something we’ve never seen before, it nonetheless remains extremely satisfying and is a welcome addition to a series known for it’s over-the-top gunplay.

The demo led up to the reveal of a boss character named Redbelly. Keeping in line with Borderland‘s penchant for quirky character designs, Redbelly is actually composed of 2 characters; a midget wearing what is essentially a giant (by midget standards) metal bucket as armor, mounted on the shoulders of a HUGE Juggernaut-esque fellow.

Before we could find out what Redbelly was capable of though, he (they?) charged the player character, knocking her into space and concluding the demo. Talk about anti-climatic!

That about wraps up our first impressions! There is no announced release date at the moment, but the game will be released for PC, Xbox360, and Playstation 3 later this year. We’ll bring you more news on Borderlands: The Pre-Sequel in the days to come! 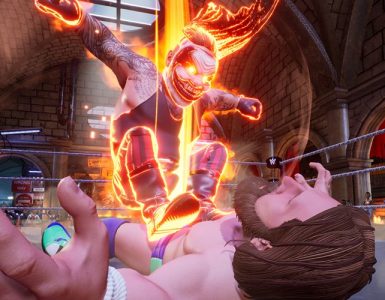 Get ready to rumble!