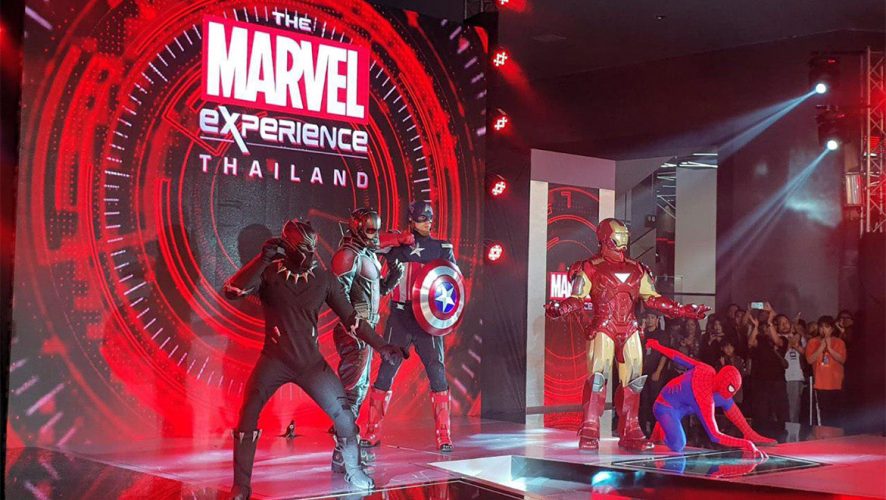 A new S.H.I.E.L.D headquarters is in town, away from the usual bustle and hustle of US states and Western cities. 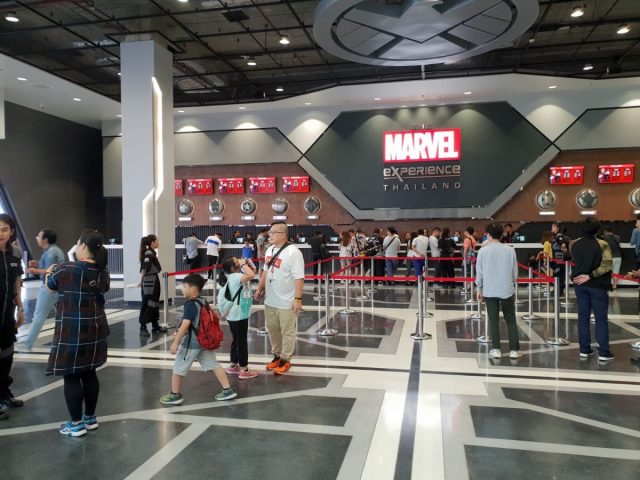 Instead, it sits proudly in the parking lot of Bangkok’s Mega Bangna shopping mall, a sprawling two-hectare space divided into two main zones: The Reception Building and The Attraction Zone. Stepping into the latter yields the entrance to South East Asia’s first The Marvel Experience, a exhibition of all things from the Marvel Cinematic Universe. Here in this large lobby, visitors can purchase tickets, and be greeted by  SHIELD agents suited up in their crisp black-grey jumpsuits.

Where heroes go, however, evil forces follow. After making payment, the scene changes to include the language selection of Thai, English, or Chinese, and a quick photo shoot for a S.H.I.E.L.D identification card. It’s Recruit GC (Geek Culture), reporting in. Following that, a 20-minute briefing ensues. 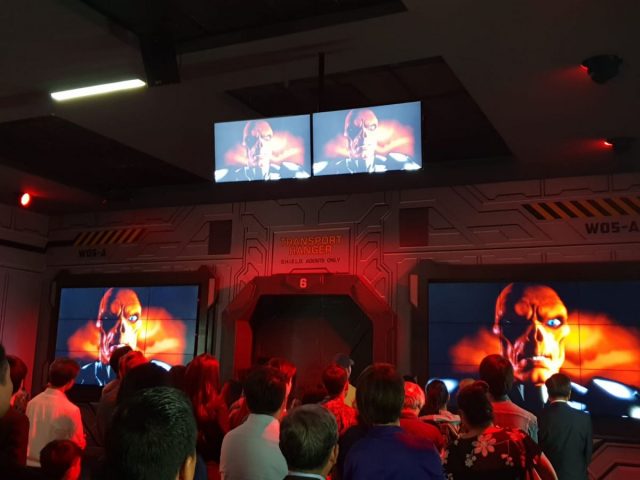 As with any superhero-themed attraction, it’s full of motivational, heroic encouragements, but not before a quick introduction of the main heroes. Afterward, the screen reads “Recruits, we need you!” as Nick Fury gravely address the state of mayhem the Thai capital is in. Cue inspirational exclamations along the lines of “You’re the man for the job” and “We trust you”, and you’re set to help save the world… Thanks for the vote of confidence, boss.

It’s not the time for action just yet. Iron-Man joins the fray as recruits are guided into his exhibit, where six 1:1 figures stand proud and tall in glass displays. An animated Tony Stark takes to the screen to give the mission rundown, and it’s game on. 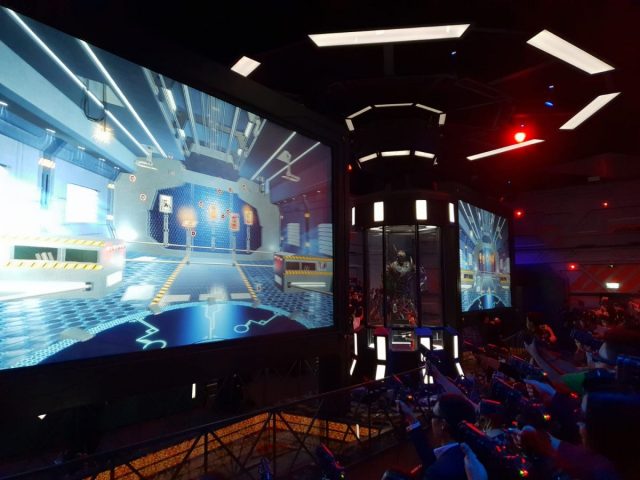 Then marks the training phase (because we can’t all born with superhuman abilities). In the Holoblaster Shooter Gallery, recruits are armed with a lazer gun to shoot the various objects that appear on a large projector, while wearing 3D glasses. It’s rather similar to that of playing Time Crisis at the arcades, except with less of the challenge factor, and way more cool futuristic effects. Within the area are a few colossal figures encased in glass cylinders that are bound to excite even the most stoic of all recruits.

Next up, the 4D-motion ride, which is perhaps the main highlight of the entire experience. At the entrance, the holographic outlines of Spider-Man and Hulk will greet visitors before bringing them into the cinema. There, just sit tight and enjoy the ride on the BKK Shuttle – the exciting tilt and jerk of the seats, together with the surrounding 360-degree environment, certainly makes for an extremely immersive experience. 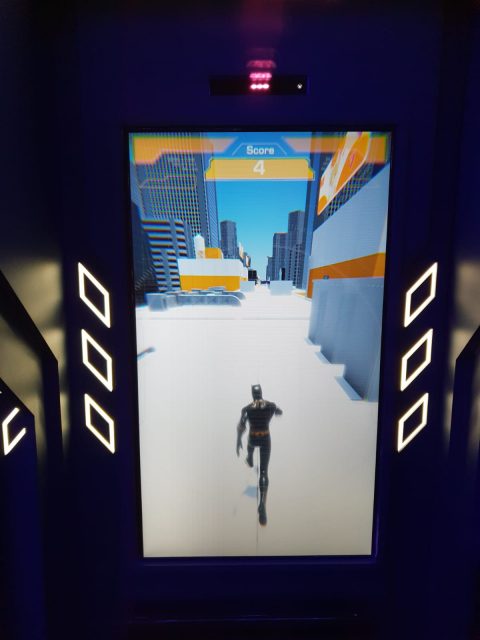 Enter a recruit, and leave a superhero…okay, maybe not. The last interactive booth allows fans to try out the training regimes of three selected Marvel heroes, with the following options in store: Iron-Man’s Flight Training, Hulk’s “Punch Out”, and Black Panther’s “High Jump”. Think you’re fit to be an Avenger? Nah, this is just a taste of the basics. Scattered around the premises would be more displays and figures that run the gamut from Captain America’s shield to Iron-Man’s suit components. Wait…. are those adamantium claws?? How is that possi… oh yeah, Disney bought Fox.

To round off the entire experience, a meet-and-greet session awaits. Visitors can walk into the photo booths and rub shoulders with their favourite heroes – if luck permits.

But what’s a Marvel attraction without merchandise? Of course, a souvenir shop greets visitors on the external premises, with plenty of kids-oriented products, wearables, and collectibles in tow. Hungry individuals or families with young children can head for The Avengers Cafe snack bar or the bounce house instead, if they so wish, allowing for a marvel-lous experience overall.

And did you know? Some of the Agents of SHIELD actually have a second base in Singapore? A select group of heroes, codename Movie Mania, have been on active duty, helping their Thai counterparts set up the costume workshop, and are on-call to regularly maintain/repair their costumes to fight Hydra.

Check out the rest of the photos below:

Details of The Marvel Experience Thailand are as follows: