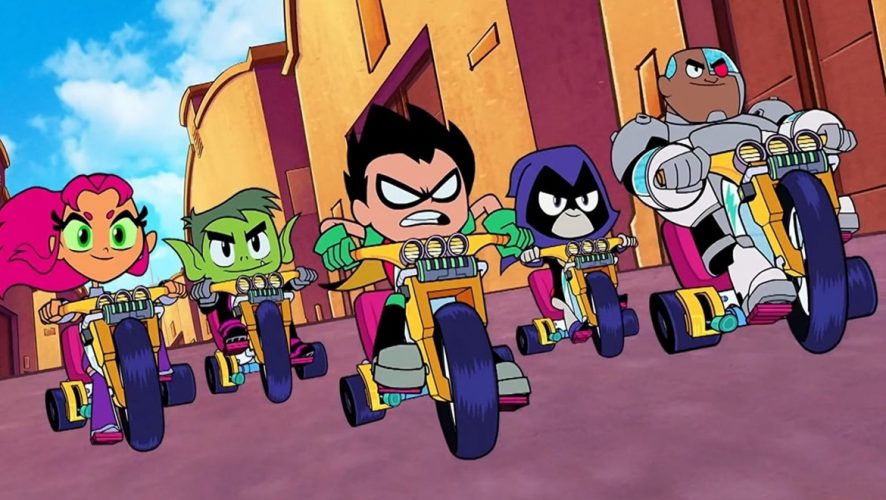 Teen Titans Go Is About An Orphan Looking For Validation

Let’s get this out of the way: Teen Titans Go! To The Movies is a hilarious movie that had me cackling from start to finish (read our review here). The surface plot is that the Teen Titans are trying to get a movie of their own, and go through misadventures to make it happen (while making on-point observations about the superhero movie trend in Hollywood now).

Amidst the punchlines and sight gags, two things start to stand out after a while:

After some reflection, it becomes apparent that these two points are inherently interlinked. While the title says Teen Titans Go! To The Movies, the story is better summed up as Orphan Seeks Validation. It’s a story about Robin’s quest to find his place in the world and earn acceptance among his peers.

The fart jokes and songs made me enjoy the movie, but this deeper aspect made me appreciate it as a genuinely solid package.

To understand where I’m coming from, you have to understand who Robin is. In Teen Titans Go!, Robin is the leader of the team and the only non-super member of the group. Instead of magic and special abilities, he has to rely on his acrobatic skills and the weapons training that he received as Batman’s sidekick.

Dig deeper into the comic lore of Robin, and you will find out that this particular Robin is Dick Grayson, the first Robin.

Dick Grayson is an orphan, left alone after his family (circus acrobats known as the Flying Graysons) were murdered. Batman then adopts him and trains him as his sidekick Robin. After years of being Batman’s sidekick, he ends up leading the Teen Titans, a team of teenage superheroes (mostly formed by other former sidekicks – all with superpowers).

What’s significant about all this is the isolation that he must have felt his whole life. He went from orphan to the adopted ward of Batman. Who were this young boy’s peers? The workaholic Commissioner Gordon? The elderly butler Alfred? Batman himself is a traumatized orphan too and not exactly your textbook example of emotional support.

And when he made friends his own age, they were all supers. Even a matured Batman struggled with his place among the supers in the Justice League… How would a teenager handle that kind of crippling self-doubt?

Oh, and when Batman took some time off to rehabilitate his shattered spine, who did he call upon to become the new Batman? Not his most mature, experienced and trusted sidekick… He chose a mentally-unstable brainwashed assassin that he’s known for a few months instead.

What would that do to your self-esteem?

The search for validation

Given this understanding of Robin’s character, it is not surprising then that he is the only Titan that is desperate to be in a movie. But he wasn’t interested in the fame or the money; Robin wanted to feel like he’s earned his place among his peers.

This insecurity and need for recognition punctuates Robin’s every action – like the episode where he thinks he needs an arch-nemesis to feel complete (“Starfire the Terrible” S1E18). In Teen Titans Go! To The Movies, this escalates to the desire to be in a movie.

Every major and even minor superhero has their own movie these days – I mean how many people actually knew about the Guardians of the Galaxy or Dr Strange before the movies came out? To be left out is a major snub.

And that’s the emotional situation Robin is in: the perpetual orphan, unappreciated and unbelonging.

But if he could just get his own movie, he would be able to stand proud among the other supers and have them acknowledge him as their own. He’d finally belong somewhere.

Your treasure was under your nose all along

A lot of animated movies are just random set pieces and punchlines strung together with a bare-bones plot, and it is easy to dismiss Teen Titans Go! To The Movies as another one of those with a structure when it has joke sequences like time traveling to prevent superheroes from being born.

But look at it through the lens of Robin’s emotional need and it makes perfect sense:

It’s all about Robin going through his emotional journey to finally realize that all he ever wanted was right there with the Teen Titans.

With them, he was needed, respected, and he belonged somewhere. With the Titans, Robin has a family.

Is it an important message?

Hell yes! The need for validation is a huge deal for kids. I see it in the way my daughter starts sulking whenever we divert our attention to her younger brother, and the way my toddler niece will immediately waddle to her mom if her mom plays with another baby.

And it’s applicable to grown-ups too. I see how heartbroken my colleagues are when their hard work and results go unrecognized by the stakeholders. I myself am resigned to never have the respect of my parents because I don’t work in an environment where I have to wear leather shoes and a tie to work. It hurts, you know? I work my ass off and I make decent money to support my family – it’s just that it’s a different working environment from the traditional ones you’re used to!

When the lack of recognition brings us down, we have to try to remember that validation is probably right under our noses. My teammates can find solace knowing that we’re all supportive and proud of one another’s achievements. Likewise, my wife and kids appreciate that I do my best to support the fam.

It’s a truth that we often forget in our own individual quests for recognition, so I’m glad Teen Titans Go! To The Movies reminds us of it in a hilarious package of fart jokes and 80s-inspired songs.

Wow, this over-analytical post just took the fun out of the movie, just like in the episode “Books” (S1E14). 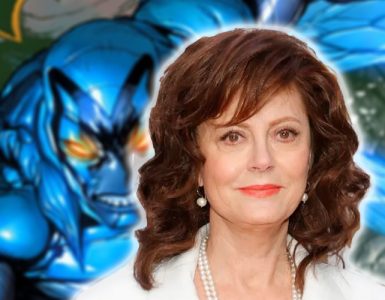