Maybe not everyone expected Star Wars: Squadrons to be such a hit. But probably even fewer expected it to not be a live-service game, given EA’s recent (and disastrous) history with its live-service game approach.

In a recent interview with UploadVR (thanks, PC Gamer), Squadrons creative director Ian Frazier said that the dev team has distanced itself from the games as a service treatment, preferring to go the direction where players get what they paid for in a fully-completed, “self-contained” game.

“Never say never, so to speak, but as far as our philosophy goes we’re not trying to treat the game as a live service. We don’t want to say, ‘It’s almost done!’ and then dribble out more of it over time, which to be honest is how most games work these days. So we’ve tried to treat it in kind of an old-school approach saying, ‘You’ve paid the $40, this is the game and it’s entirely self-contained. We’re not planning to add more content, this is the game, and we hope you understand the value proposition.’”, said Frazier.

This is rather unusual of EA, especially since 2017’s Star Wars Battlefront 2 was notorious for having its on-disc content locked out by a paywall, requiring players to fork out sometimes exorbitant amounts of cash to obtain certain gameplay elements such as a minimap. And let’s not even get started on 2019’s catastrophe that is Anthem.

But three years on, it looks as though the company has made conscious efforts to move away from such an approach, with last year’s Star Wars Jedi: Fallen Order as the first title in the franchise to lack paid DLC. This time, Star Wars: Squadrons will be the first EA Star Wars title with multiplayer to lack paid DLC, which could be considered an achievement in and of itself.

That said, this could also hurt the game’s overall longevity, especially since it has a multiplayer element that, at present, feels a little unbalanced and lacking in depth. This could mean that EA might have to rethink its restraint to develop more post-launch content for Squadrons in the near future.

As Frazier said, never say never, so fans eager for more can stay positive in the coming months.

Additionally, Frazier also explained that there are “no plans” to add native Occulus Quest support for Star Wars: Squadrons. But the good news is, in case you didn’t know, you can still play it via your Oculus Quest and Quest 2 headset now, using either a PC link cable or wirelessly via the Virtual Desktop app. 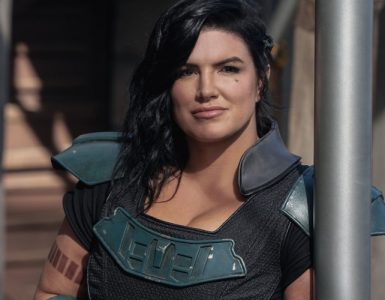 #FireGinaCarano trended for a reason and now Lucasfilm has had enough.