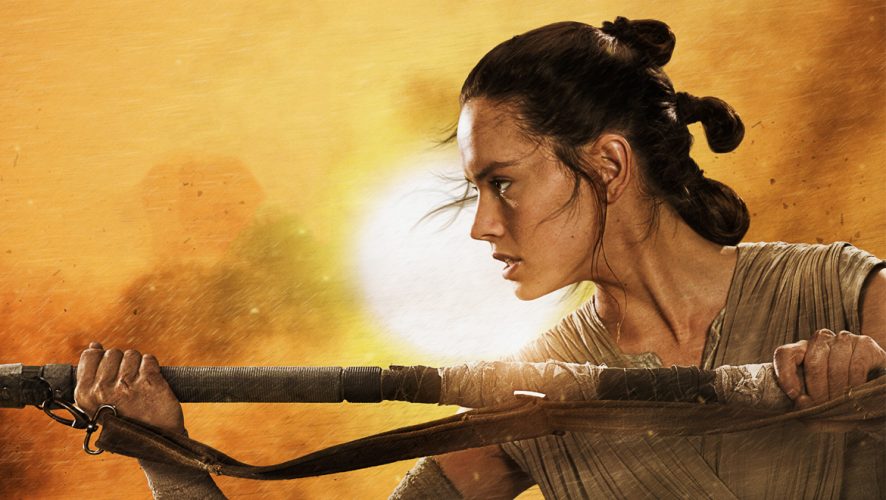 To boldly go where no theory has gone before… In a galaxy far, far away…

(This article is dark and full of spoilers. Proceed only if you have seen Star Wars : The Force Awakens)

So you saw Star Wars: The Force Awakens. Did you love it? Did it grab you in all the ways you wanted it to? Did it blow your mind? Did all your nerd endings quiver in ecstasy? Did you come away loving all the new characters the way you have with Luke, Leia and Han?

Well prepare to be double blown. Prepare to have Star Wars flipped on its head and the sphincter of the universe presented to you in all its pure, unbleached and hairy unmitigated glory.

For here at Geek Culture, we may have fallen inappropriately upon the real truth of Star Wars. It is grimy, greasy and just a little too salty for your own good.

We recommend you sit down. Twice. Just in case. A chair within a chair. Chair-ception. And socks? Buy new ones. Because they’re gonna be blown. Off. Like Alderaan.

So here we go… And remember, Star Wars will never be the same for you after you’ve read this.

Oh beautiful, talented and amazing Rey. Clearly the standout character in TFA. She’s such a empathetic character. Living a hard life of suffering and toil, salvaging from a graveyard of dead starships, eking out a meagre existence in a daily grind hauling scavenged parts for trade.

Wolfing down hungrily, scant portions of food while eyes look longingly up at the stars. A tragic figure. She waits forever for someone to return for her but we never know if she waits in vain.

She’s gifted with an intricate mechanics knowledge, and seems to have an innate starting skill set above what is normally available. Be it mechanics, piloting, combat or even Force powers. All without training or guidance. A wunderkind. A savant. Easily the most Force adept character ever before encountering any formal guidance or introduction to The Force.

Why does she have nobody? Why won’t anyone claim her? Why has nobody come forward to care or love this poor lonely girl?

We may have cracked the code. Or gone completely insane. You decide.

Okay. Are you ready?

For the sake of the integrity of your computer monitors and smartphones, we recommend all food be swallowed and drinks drank. Drunk? Drinked? Before this point.

REY IS THE SECRET INCEST BABY OF LUKE AND LEIA! (*klunk*)

Alright? You still reading? Didn’t get a heart attack and drop face down dead into a bowl of cornflakes? Your bowels explode in shock? Did you make water in the good chair?

So here’s what we know..

… Yes we are judging you. Creep.

It’s a theory. We aren’t saying it’s cool. And it’s a movie. Just like we cheer the expendables when they kill everybody. Real life murder still ain’t cool.

So paradigm shift. Think about this as you run Episode VII through your head.

What if Rey had been the illegitimate child of Luke and Leia? What would it explain?

So with that, we submit the theory. We’ve presented some signs that show why we went there. We applaud Disney for exploring incest as a new plot mechanic for selling toys. And now we leave it to you geeks to argue the merits or demerits or thoughts on what YOU think about it.

Oh yeah. This obviously was a satirical post. But hey, we got you thinking, hmmm? Game of Thrones peeps, think of Rey as the Tommen of the Lannisters.

Now over to you.