Daisy Ridley impressed audiences with her gritty, tough-as-nails demeanour and fighting finesse back in Star Wars: The Force Awakens, so perhaps it’s not too big of a surprise that Warner Bros is eyeing the actress to don the Batsuit as Batgirl for their planned movie of the same name.

According to We Got This Covered, the studio is looking to announce their casting for the role very soon, with the Star Wars star being one of their top picks. And while nothing has been confirmed as of yet, it certainly sounds like a logical choice, considering the occupational crossover similarities between a Jedi and the caped superheroine.

With Batgirl being left out of the upcoming Birds of Prey (and the Fantabulous Emancipation of One Harley Quinn) movie, this would prove to be a good chance for her to break into the big screen. It will also mark Barbara Gordon’s long-time return to theatres – her last appearance was in 1997’s Batman and Robin, which saw Alicia Silverstone taking up the role.

Since then, the superheroine’s path to the screen has been a painful one. Initially announced as an accompanying project The Avengers and Buffy the Vampire‘s Joss Whedon, it was subsequently cancelled due to the failure of the Justice League, and alleged sexual misconduct on Whedon’s part.

It’s, thus, due time for Batgirl to finally get a standalone movie that she deserves, so hopefully Warner Bros. does it well. If anything, at least the team would have gotten off on the right foot if the main star is indeed Daisy Ridley herself. The report checks out, too – with the impending Star Wars: The Rise of Skywalker set to round up the trilogy, the actress is going to be available for new roles. 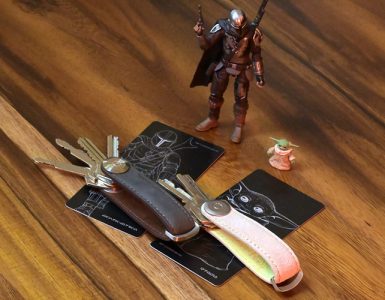 Choose from Boba Fett, The Mandalorian, Grogu and Emperor Palpatine.