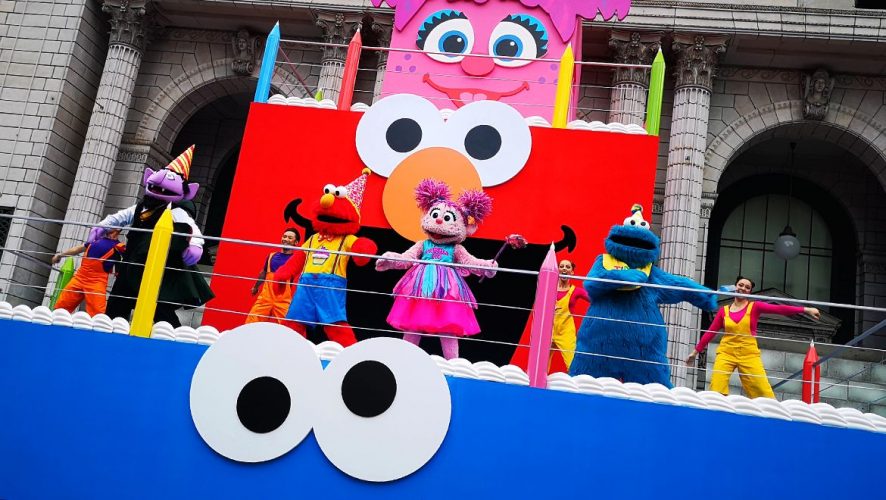 That’s how long the internationally-beloved children’s series Sesame Street has been around, and they’ve landed in Universal Studios Singapore, to celebrate their golden jubilee with fans in style. 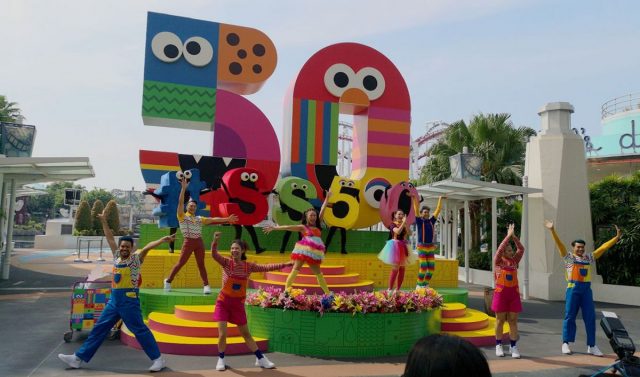 From March 8 through April 28, catch your longtime old friends (new for you young’uns) take centre stage on the streets of USS having a festive good time. There’ll be a range of events highlighting Sesame Street‘s 50th birthday featuring favourite characters from the series, so there’s plenty of opportunities for your and your family to have a ball of a time, taking pictures and videos with them. 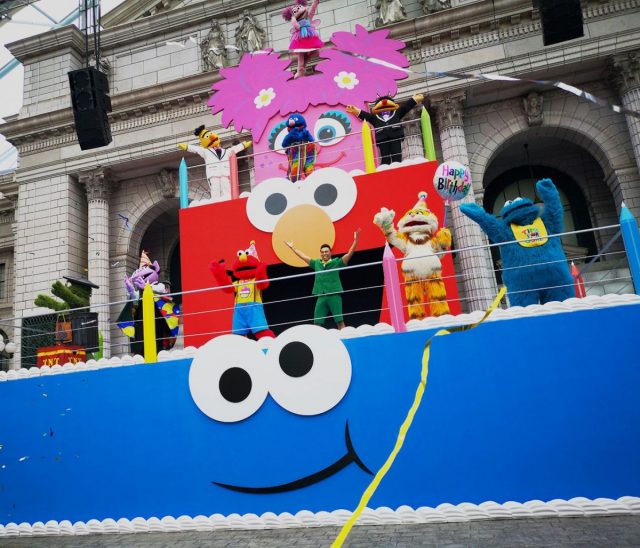 The main event sees your favourite Sesame Street characters since and dance atop a gigantic 10-metre-tall birthday cake at the New York Public Library. There’ll be tons of songs for you and your friends to dance and sing along to.

Here, they are joined by a special guest – Lily the Tiger from China. 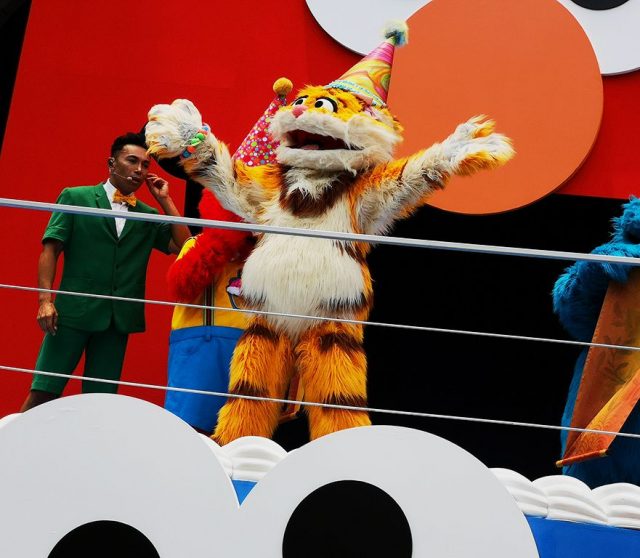 She teaches them how to say “Happy Birthday” in Mandarin, which will incite tons of laughter as the likes of Elmo and Count von Count struggle hilariously in pronouncing the words right. 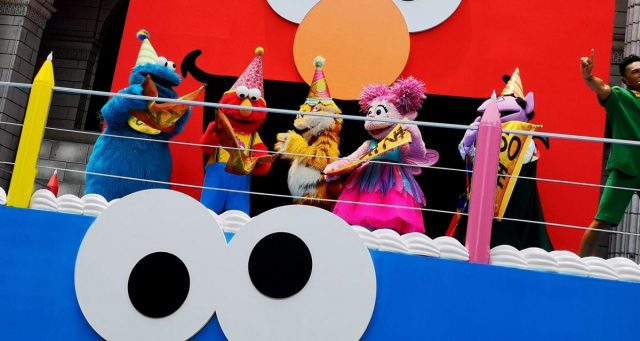 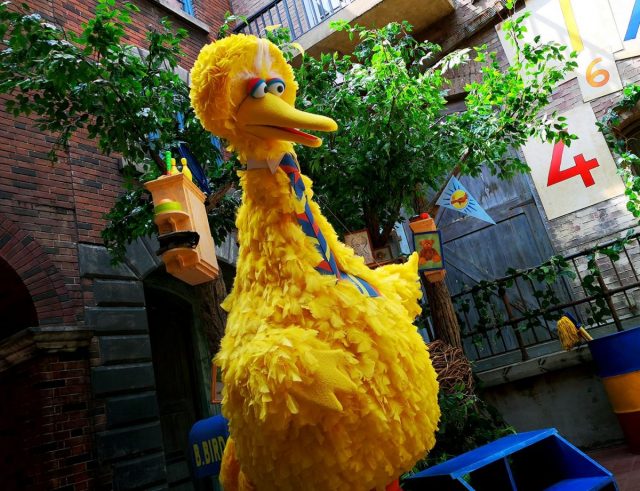 Everyone’s favourite 6-foot-tall yellow fellow has his own little corner at Sting Alley, where you can take lots of pictures with him. Big Bird is never one to shy away from the camera, so snap away! 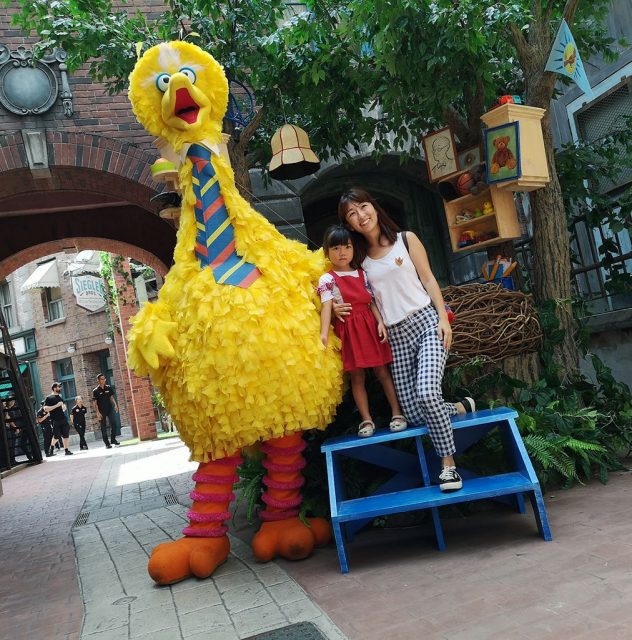 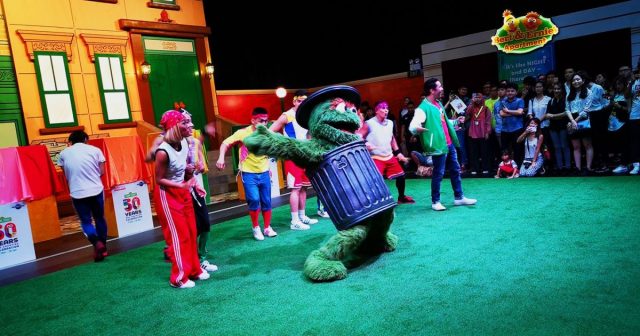 Step inside Soundstage 28 for some familiar Sesame Street scenes in a riveting display of… trash cans? 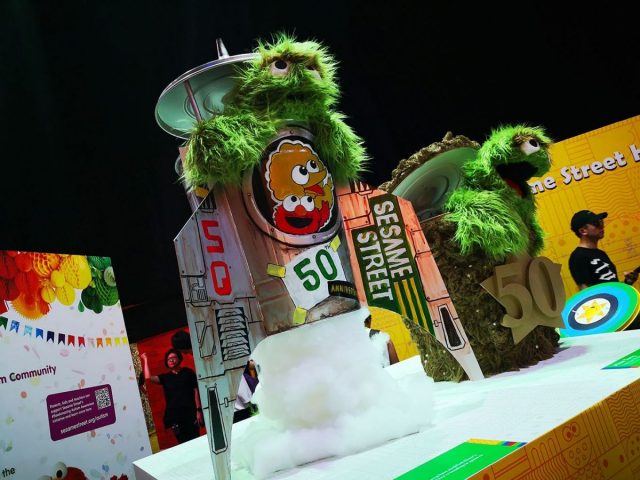 That’s right, Oscar the Grouch is proud to show you his collection of trash can designs, done up by some talented young folks at the Pathlight School. These fine young artists hail from Singapore’s first autism-focused school, and their work on Oscar’s trash cans does a great deal of justice to Sesame Street’s 50th anniversary.

Oh, and Oscar would love to show you his killer dance moves as well. 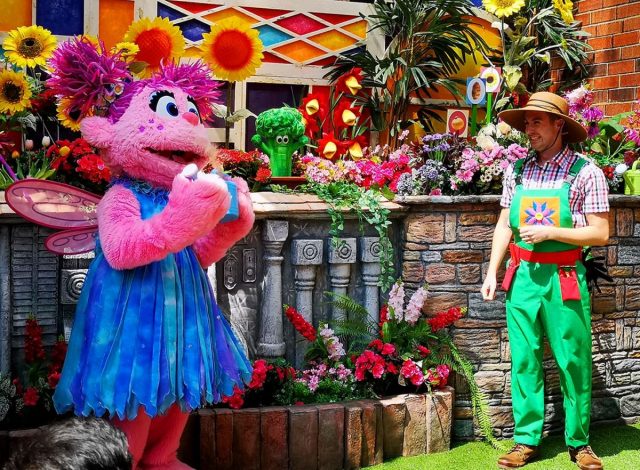 The always cute and loveable Abby Cadabby would like to show you her backyard as she conjures the four seasons to raise her new friend, Brock the Broccoli. 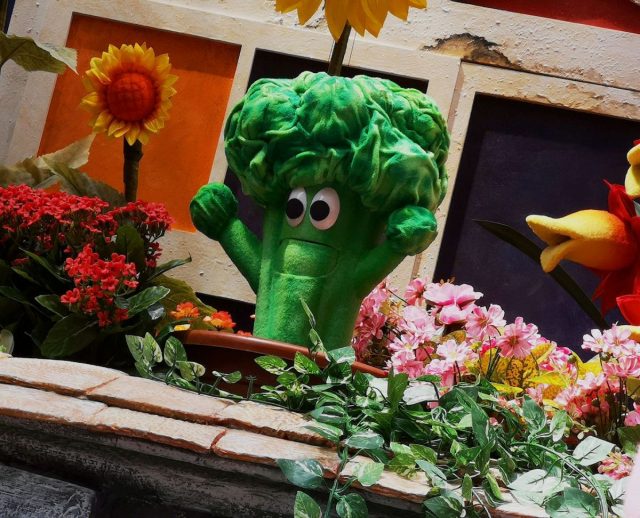 She’s also super friendly and will never refuse a photo with you and your family. 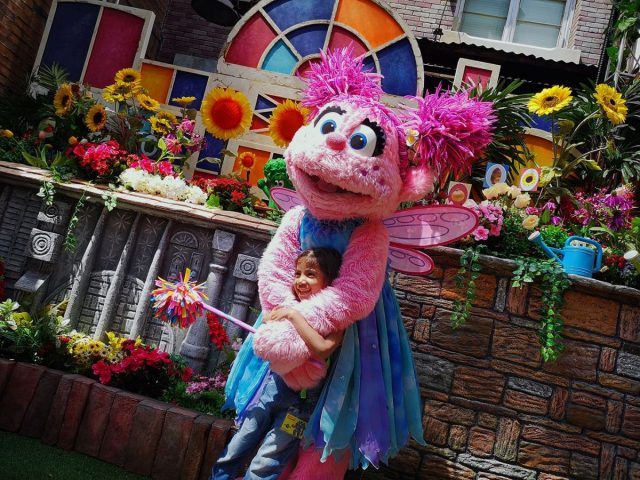 A thrilling and fun-filled celebration indeed for the long-running Sesame Street, so come on down to Universal Studios Singapore anytime between March 8 to April 28 to show your love and support for this legend of a children’s series!

Aside from the birthday bash happening at USS, there’ll be plenty of opportunities to celebrate with the cast of Sesame Street in various community events scattered around Singapore, such as a giant inflatable Elmo effigy at ION Orchard, as well as a special mural done up by local Singaporean street artists such as ANTZ, Yip Yew Cheong and Tiffany Yao at Bugis Junction from March 4 – 24.