Pokémon Legends: Arceus is an upcoming action role-playing game for the Nintendo Switch, and it steers slightly ever so slightly away from the mainline series’ turn-based combat to bring players something more action-packed and, well, Dark Souls-like.

The new trailer reveals plenty of gameplay footage, and also Noble Pokémons, a new class of Pokémons. Though exactly what that means and what makes a Pokémon noble is still unknown.

The first Noble Pokémon we get to see is Kleavor, the Lord of the Woods. Kleavor is a bug/rock Pokémon, sporting two giant axes instead of normal limbs.

According to the official Pokémon site, Kleavor is the evolved form of Scyther, a Pokémon introduced from the very first generation.

From the trailer, it seems like the combat system is going to be very involved, with not just the trainer’s Pokémon getting into the fray, but the trainer too will be jumping and rolling out of attacks, even tossing items to fight against opponents.

This is a gorgeous Pokémon game, especially when players can ride on the backs of majestic Pokémons such as the Hisuian Braviary, Basculegion, and Wyrdee, reminding one of the breezy greenery in The Legend of Zelda: Breath of the Wild.

Pokémon Legends: Arceus will be released on 28 January 2022, and it is a game to keep a lookout for. 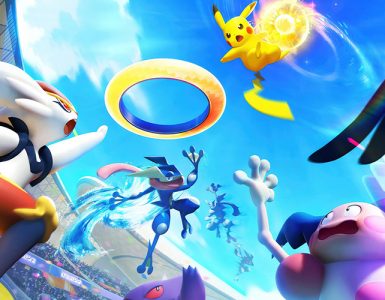