Sony PlayStation has just revealed a slew of new titles and updates on others for 2019 in the continuation of their new State of Play semi-regular announcement series.

Headlining the 13-minute presentation is are the Final Fantasy 7 Remake, as well as Monster Hunter World‘s new expansion DLC, Iceborne.

Accompanying them are a smattering of classic titles, as well as fresh new takes on existing IPs and indie offerings.

Perhaps one of the most heavily-anticipated games spanning at least two generations, we’re finally getting an update on the status of the Final Fantasy 7 Remake. Again, we’ve seen how this game takes cue visually and mechanically from Final Fantasy 15 – a fresh deviation from its classic turn-based system. Current-gen Cloud, Barrett and Aerith all look good. A further update will follow in June, most likely during Square Enix’s E3 showcase in June.

Iceborne comes as a much-needed expansion to Capcom’s massive monster slaying behemoth. Over a year old already, Monster Hunter World is still rife with constant updates, but the new tundra-themed area is its biggest one yet. We’ve been teased with several new monsters, with their cool (pun intended) new designs in keeping with the reptilian styles of the current roster of monsters. Also, what’s a new area without a badass new Elder Dragon, Velkhana?

Now you can recreate the iconic “GET TO THE CHOPPA!!!” scene with your buddies in this online multiplayer asymmetric team shooter. In the same vein as asymmetrical games such as Evolve and Friday the 13th, Hunting Grounds pits you as a team of elite soldiers against the titular stealth killing machine.

READ ALSO:  Monster Hunter World: The Board Game Costs US$279 With All Add-Ons Included

FF7 isn’t the only game from the PS1 era to have been remade. The classic action-adventure title MediEvil will certainly bring the Tim Burton-esque nostalgia back to many veterans and introduce the magic to newcomers. Did we mention how good that 4K HD remake of Sir Daniel Fortesque looks?

This couch co-op shoot-and-slash game is not just a cutesy, vibrant treat for the eyes — it’s jam-packed with musou-style action. You’ll be slicing and dicing your way through hordes of monsters using a selection of melee weapons and guns. Not to mention you’ll even get to play as some of the most popular indie game characters with crossover skins! Now the likes of the Shovel Knight from Shovel Knight and The Kid from Bastion can team up in the badass power fantasy mashup you’ve been craving for.

AWAY: The Survival Series (TBA)

Ever wondered what it’d be like to live life as a critter in the wilderness? Now you can, with AWAY. You’ll be playing as the diminutive Sugar Glider, an omnivorous creature that can slink across treetops with ease thanks to its ability to glide in the air. It’s a constant battle for survival as you’ll not only be hunting and foraging for food, but also avoiding your natural predators, such as birds of prey, snakes and spiders. Now all we need is David Attenborough to narrate your exploits. 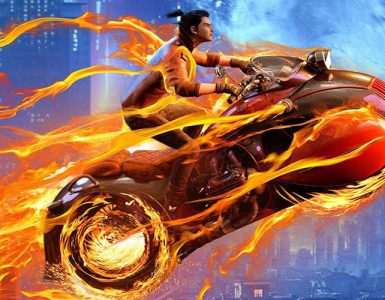 Nezha is back as a deliveryman.

Sony PlayStation Has Been Selling Its Coveted PS5 At A Loss