Let’s face it – there are just way too many smartphones out there. Which one do we choose? Which one will suit our needs? And most importantly, which one fits our budget?

So instead of focusing on flagship devices, Geek Culture takes a closer look at three mid-range devices from three of the leading Android handset makers in the market – the Huawei Nova 3i, Samsung Galaxy J7 Duo and the OPPO A73s. 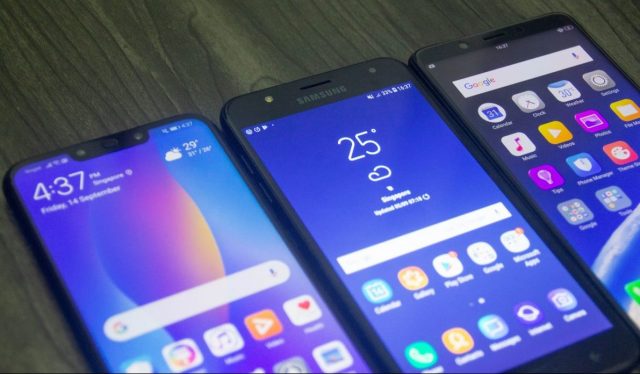 The Samsung Galaxy J7 Duo has a normal High Definition resolution, at 1280 x 720. Performance wise, the Nova 3i has a sharper display, with plenty of screen real estate. If you are a fan, it even has the notch on the screen, for that all-around, more immersive experience.

In terms of physical size, the Nova 3i is the biggest, measuring 157.6 x 75.2 x 7.6 mm. Though the smallest of the lot at 153.5 x 77.2 x 8.2 mm, the Galaxy J7 Duo is the heaviest at 174g. The Galaxy J7 Duo is also the only one with a physical home button at the face of the phone, as well as dedicated capacitive buttons, while the other two do not. The Galaxy J7 Duo has a thicker bezel than the rest, contributing to its wider size than the others.

The Nova 3i comes in two colour options, Black or Iris Purple. The Iris Purple is a metallic blue-purple gradient, making the phone stand out from the rest. The Galaxy J7 Duo comes in Blue or Black. Simple, but with not much pizzazz to it. The A73s comes in Special Diamond Black or Solar Red. The Special Diamond Black reflects like a diamond when looked at from different angles.

Taste is, of course, very subjective, so there’s no clear winner here. There are different designs available for everyone. And if all else fails, there’s always the option of buying a case.

The phone camera is now one of the, if not the most important thing to consider when buying a smartphone. Again, the Nova 3i has a clear advantage, with its 16-megapixel rear camera and 24-megapixel front camera. No, those numbers are not mixed up. The front camera here does have a better megapixel count than the rear camera, which is not a usual move for smartphones. Selfies anyone?

The Nova 3i also benefits from having dual cameras both on the rear and front cameras. With dual cameras on both sides, the bokeh effect is easily achieved with either side of the cameras.

The Galaxy J7 Duo also has a rear dual camera, while the A73s has none.

That’s all in theory, but what about in practice?

All photos were taken with the auto mode on each phone. In terms of colour, Nova 3i definitely wins. The colours are brighter and have better contrast. The A73s’ photo is brighter, but the colours are a little flat, while the J7 Duo is darker but has a bit more depth to the colours.

For the bokeh effect, crucial for those amazing portraits, each phone has a different way of achieving it. On the Nova 3i, there’s portrait mode with bokeh effect, but to push the camera, we used the aperture setting and pushed it to the maximum setting that it will go, which is f/0.95. On the J7 Duo, it’s called Live Focus, and we also pushed that to the maximum that it can go. On the A73s, the only camera without a dual lens system, it has a depth-of-field effect on its camera app.

For comparison, here’s what the figure looks like with a 50mm lens at f/1.8 on a DSLR. 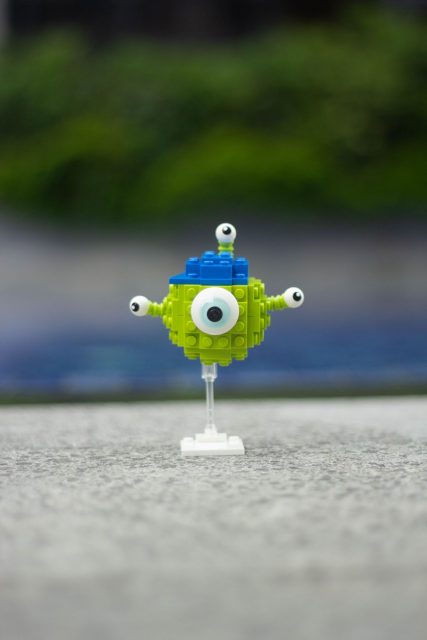 The blur on the Nova 3i looks really good. It even managed to detect the small edges of the figure and not blur it out with the rest of the background. For the J7 Duo, the edge detection is not as good, but a plus is the ability to change the focus after the photo was taken. And the A73s… Well, it tried. There’s not that much noticeable blur in the background.

The Nova 3i definitely wins in the camera department. All that said, the Live Focus on the Galaxy J7 Duo can be useful, and might be worth considering when picking one of these phones.

What’s the point of an advanced smartphone, with an amazing display and a great camera, if it can’t last the whole day without needing to charge? Now, on the surface, the A73s has the biggest battery capacity, with 3,410 mAh, while the Nova 3i comes second with a 3,340 mAh battery, but that’s not the whole story. The Galaxy J7 Duo has a feature that most smartphones these days do not have: a removable 3,000 mAh battery. 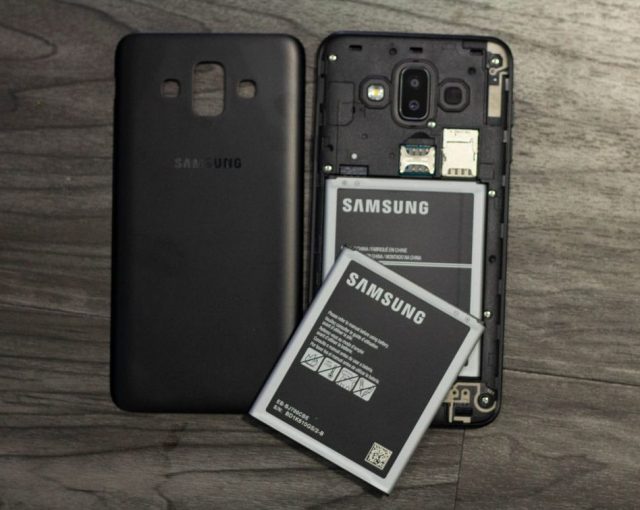 Some folks who don’t like power banks might appreciate this, but who really wants to go through the hassle of not only changing batteries but also making sure the spare battery is charged? Not many people, probably. But if that seems like a feature that you’re interested in, then, by all means, go for it.

Since all three smartphones have similar price points, the specs and performance are what will edge one phone out over the others. For just S$398, the Huawei Nova 3i gives you the most bang for buck. It has a bigger, clearer display, more storage, and a better overall camera experience. And it feels premium too. For a slightly cheaper price, but pretty good quality, the Samsung Galaxy J7 Duo might be worth considering as well.

Google Pixel 6's Magic Eraser might have the ability to erase money from our wallets too.