Nintendo has been killing it in 2020 thus far with the Nintendo Switch, but major releases have been far and few between. While Animal Crossing: New Horizons continue to entertain the masses, there is a need to look ahead to see what else lies in store. Enter the Nintendo Indie World Showcase.

In the latest Nintendo Indie World Showcase for August 18, there were plenty of new Nintendo Switch games shown off. Here is everything you need to know if you missed the show.

Supergiant Games’ next project, the roguelike Hades will make its console debut on Nintendo Switch. For PC players already enjoying the game, there will also be cross-save support eventually.

A ’90s Internet simulator of sorts, No More Robot’s Hypnospace Outlaw will arrive on the Nintendo Switch this August 27. A demo is already available, and pre-purchase is possible as well.

Making a surprise launch today, the previously announced Spiritfarer is the definition of a more casual management game that has players exploring the afterlife. Your job is to shepherd other souls to their final rest.

Developed by Picogram and Rose City Games, Garden Story will release in 2021. Take charge of your town, make friends, keep the rot at bay, it is time for a more relaxing kind of life.

Subnautica and Subnautica: Below Zero

Both Subnautica and its more icy sequel, Subnautica: Below Zero will be arriving on the Switch in 2021.

Featuring an adorable claymation style of animation, Takeshi and Hiroshi is alreaydy available for the Nintendo Switch. The adventure lets player be Takeshi, who is creating a game to entertain his brother.

The hard work of Nodding Heads Games has resulted in Raji: An Ancient Epic. Taking place in India, you will need to help Raji fight off a demonic invasion. It will be a Switch timed exclusive.

Ever wanted to run a bed and breakfast? Good, now you can do so as a bear. This adventure management sim will be right up your alley. It will be a timed Switch exclusive, coming in 2021.

Previously available on PC, A Short Hike is now available on the Nintendo Switch as a timed console exclusive.

Published by Devolver Digital, the makers of Reign enter the arena of cheating cards with Card Shark. It is slated for a 2021 release.

The Torchlight franchise is heading to the Nintendo Switch sometime later this year, with an exclusive red fairy pet for Switch players.

The first-person puzzler will arrive on the Nintendo Switch today, get your brains ready.

Stone Lantern Games’ Evergate is available now, bringing with it more puzzle platforming action in order for you to save the afterlife.

Developers House House has detailed a new two-player cooperative mode coming to Untitled Goose Game on September 23. Two geese will be a nightmare.

The Nintendo Indie World Showcase also featured a montage of other games, together with release windows and dates. The games were: 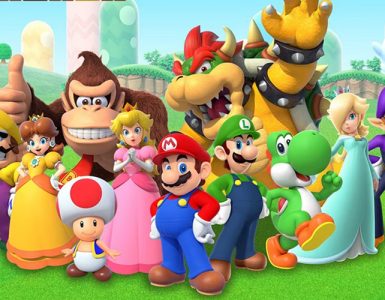