Everyone knows this quote, as it’s when a smuggler became a hero.

And it looks as if Lego is setting fans up for something amazing.

Back in April, there was a seemingly innocuous post on the LEGO Subreddit –

TL;DR it talked about a re-release of the UCS Millennium Falcon. You know, the one that came out years ago and is being sold in secondary markets for US$5,000. It had all the merits of a massive leak but since the details were released on 1 April, of all days, many within the thread called it a hoax.

However, we have it on good authority that the post is accurate, and we will be seeing a brand new Ultimate Collector’s Series Millennium Falcon in 2017.

Here are the facts that we have established with our insiders:

That’s as much as we can reveal for now but based on our past experience, we are confident this piece of news should be spot on.

So what you can do between now and then apart from saving up for this MASSIVE set? You could always find room in your home for the Ultimate Collector’s Series 75192 Millennium Falcon, we hear that a coffee table is a good option – 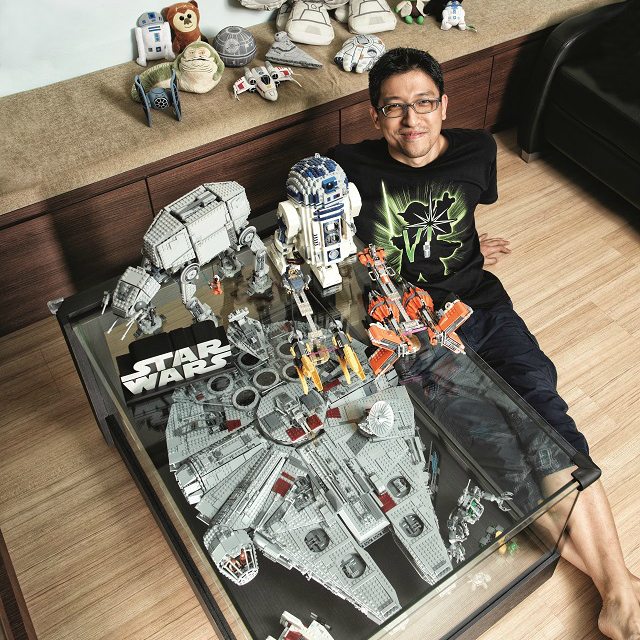 Regardless of the price, it’s been 10 years since the last release of the older UCS Millennium Falcon and its price has appreciated considerably. So much so that LEGO has become a better investment product than even gold in some circles. While it’s likely the prices for the brand new set might be cheaper overseas, box collectors and LEGO flippers might be more inclined to purchase one in their own local market.

Come Q4 2017, the new Ultimate Collector’s Series 75192 Millennium Falcon probably might be supply restricted and it wouldn’t be surprising if stores limited it to only one purchase per customer.

Travel the LEGO® galaxy in the ultimate Millennium Falcon!

Welcome to the largest, most detailed LEGO® Star Wars Millennium Falcon model we’ve ever created—in fact, with over 7,500 pieces it is the biggest LEGO model ever sold! This amazing LEGO interpretation of Han Solo’s unforgettable Corellian freighter has all the details that Star Wars fans of any age could wish for, including intricate exterior detailing, upper and lower quad laser cannons, landing legs, lowering boarding ramp and a 4-minifigure cockpit with detachable canopy. Remove individual hull plates to reveal the highly detailed main hold, rear compartment and gunnery station. This amazing model also features interchangeable sensor dishes and crew, so you decide whether to play out classic LEGO Star Wars adventures with Han, Leia, Chewbacca and C-3PO, or enter the world of Episode VII and VIII with older Han, Rey, Finn and BB-8!