This week was certainly a sad one for the sporting community and the world as a whole, with the tragic deaths of NBA legend Kobe Bryant and his 13-year-old daughter Gianna, both of whom passed away in a tragic helicopter crash with seven others last Sunday.

In honour of Bryant’s passing, the devs and players from NBA 2K20 have banded together to mourn the loss of one of the greatest players of basketball. Here’s what the official NBA 2K20 Twitter account posted on its feed:

In the home screen of NBA 2K20, you’ll find a black-and-white banner of Bryant with his name and the years in which he was alive.

Despite 2K Games not doing more to pay tribute to him (for now, at least), players themselves have made their own attempts at doing so. In the Neighbourhood, the game’s online in-game hub, players have donned custom made LA lakers jerseys bearing Bryant’s iconic jersey numbers of “24” and “8”.

Also in even more touching fashion, players have been taking 24-second shot clock violations to honour Bryant’s jersey number in online games, similar to what real-life NBA teams have done earlier this week in wake of Bryant’s passing (via ESPN).

Despite being a relatively middling game due to its loot box and gambling controversies, this may yet be one of NBA 2K20‘s finest moments so far in light of a fallen legend.

Kobe Bryant was one of the NBA’s most decorated modern players, including five NBA titles, two NBA Finals MVP, as well as two Olympic gold medals, all within his 20-year career. Since his retirement in 2016, Bryant also went on to pick up an Academy Award for Best Nominated Short Film for Dear Basketball, which he wrote and narrated. 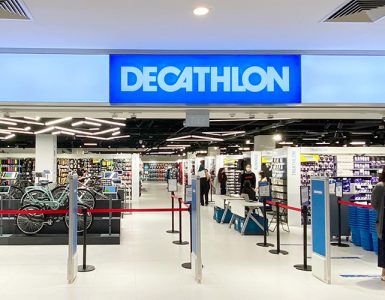 All the better to take your sporting goods home with.