Nanoleaf Lines are the world’s first customisable smart backlit light bars. Being ultra-lightweight and modular, they allow people to set up their desired RGB mood lightning in their desired shapes and patterns.

These light bars connect at 60-degree angle increments, letting one lay out sleek works of geometric art. Each bar can glow with two colours at once, lending them well to animations of light that best fit the atmosphere and mood. They come with 19 mesmerising pre-set lighting scenes, such as ‘Neon Dreams’ and ‘Kaleidoscope’ just to give you a sampling of possible customisations. With the Rhythm Music Visualiser, the light can even ‘dance’ along with the music you’re listening to!

And with Screen Mirror, Nanoleaf Lines will even change its colours according to the palette of whatever is showing on the screen, making movie nights much more immersive. For those who want the best for their entertainment space, look no further.

They can be controlled through the Nanoleaf App (on the App Store and Google Play Store) via Wi-Fi, voice commands, or manually with a remote controller. Form your own constellation, or simply have fun sticking pseudo-lightsabers on your wall. 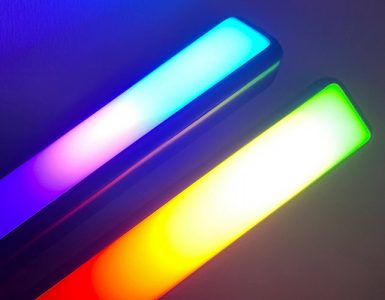 If you're looking to complete your RGB setup with responsive and highly customizable light bars, look no further. 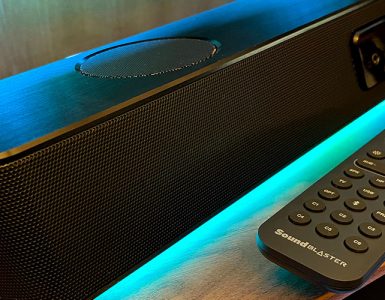 Take our word for it, the Katana V2 can slice up anything you throw at it.