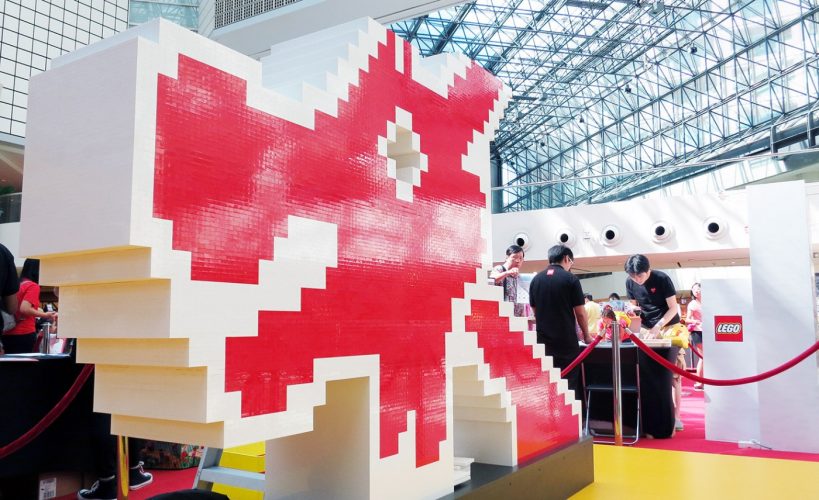 If you’ve been following our previous mention of LEGO Singapore’s foray into the SG50 hype, good on you. You’re now the proud owner of a set of LEGO that’s going as high as SGD$400 on the resale market. But you would never do that as a true LEGO enthusiast, right?

After exactly 4 weeks, we saw the crowning glory of the LEGO Dragon Playground being completed by LEGO Master Builder Nicholas Foo today. 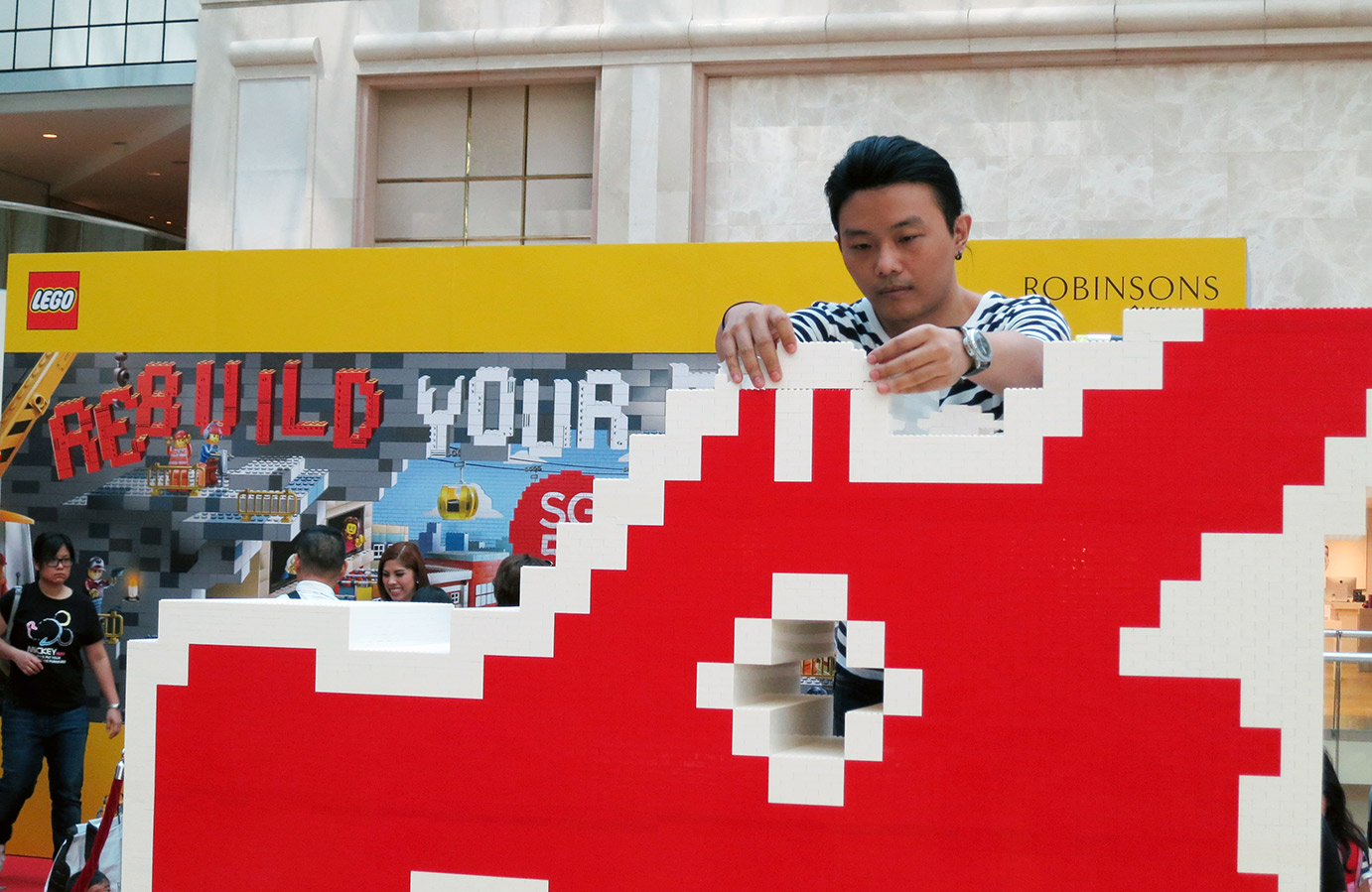 With so many bricks to piece together, even a Master Builder would need some help and it was great that fellow LEGO enthusiasts had a chance to chip in. 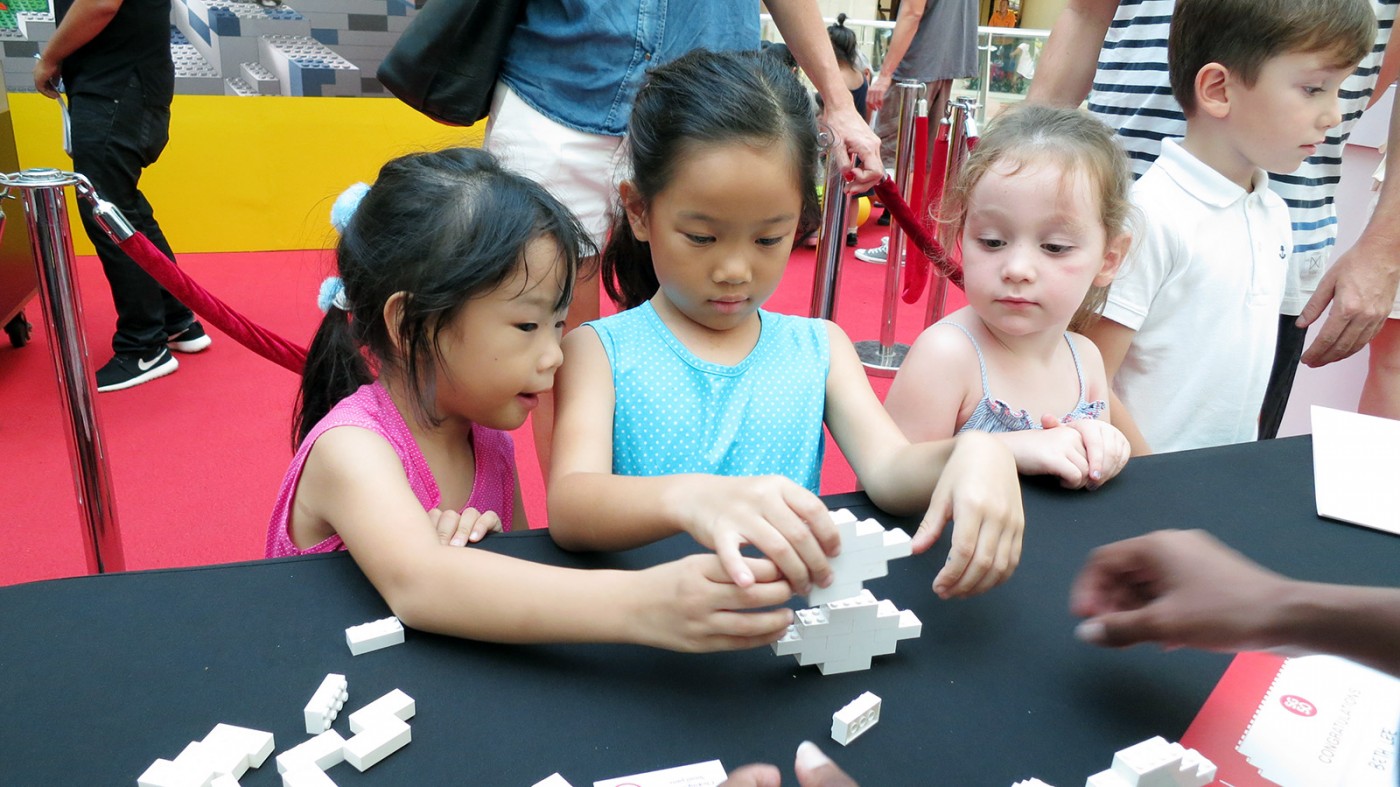 These kids were the lucky few who had helped out to put together the finishing touches to the LEGO Dragon Playground. And they walked away with a certificate to immortalize their participation because, sadly, the masterpiece would be taken apart once everything wraps up. 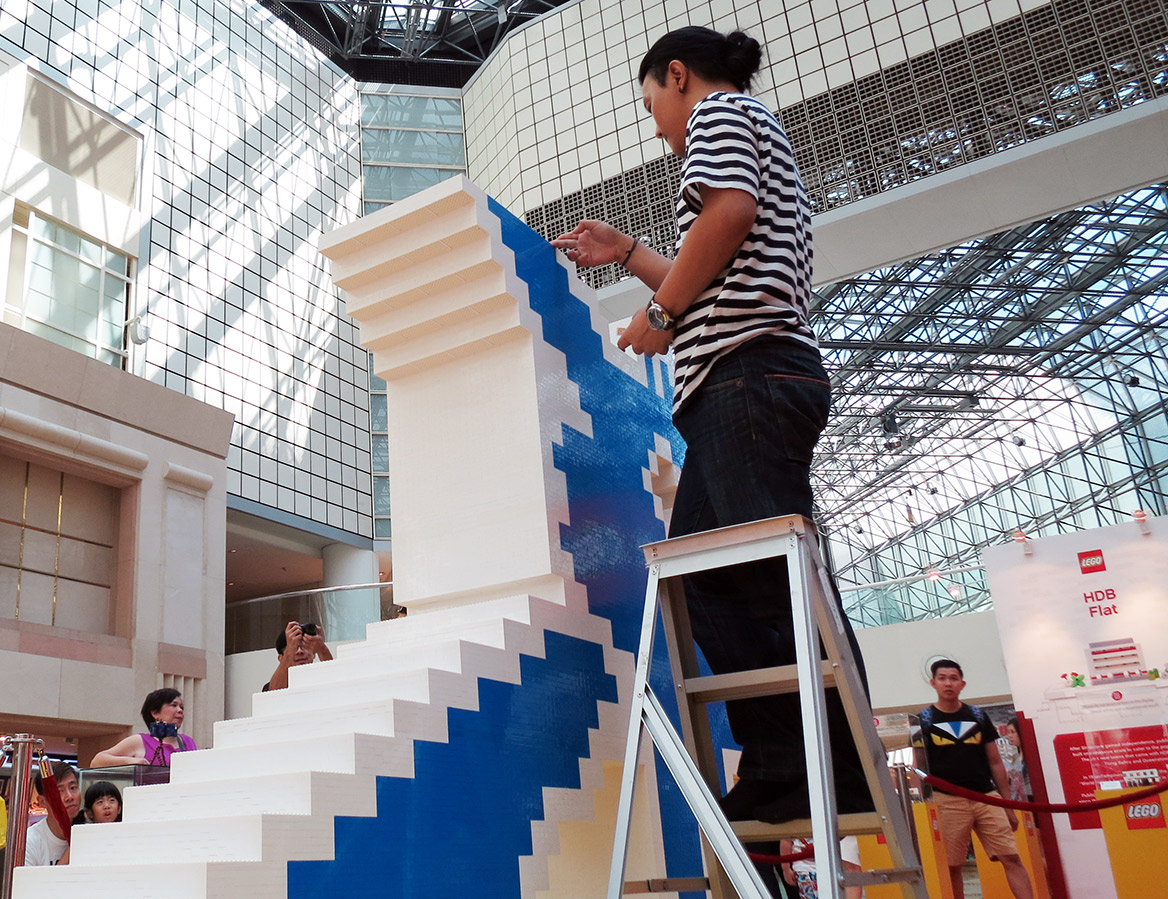 This work of art is huge! And the final pieces took a fair bit of hammering in for added effect. 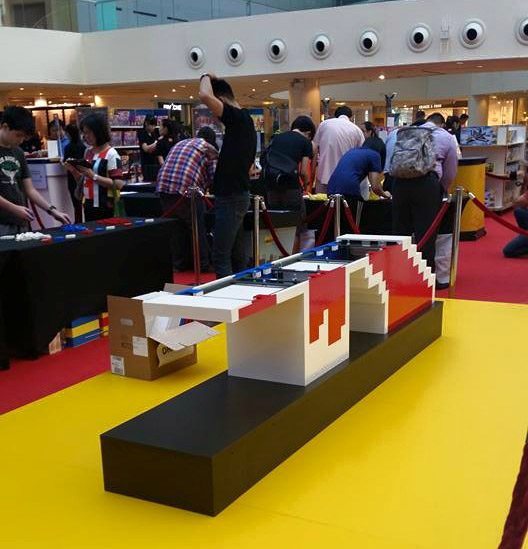 This iconic landmark was built in slightly under a week and it certainly came together nicely. Apparently, the centre is hollow so, keep the kids away! 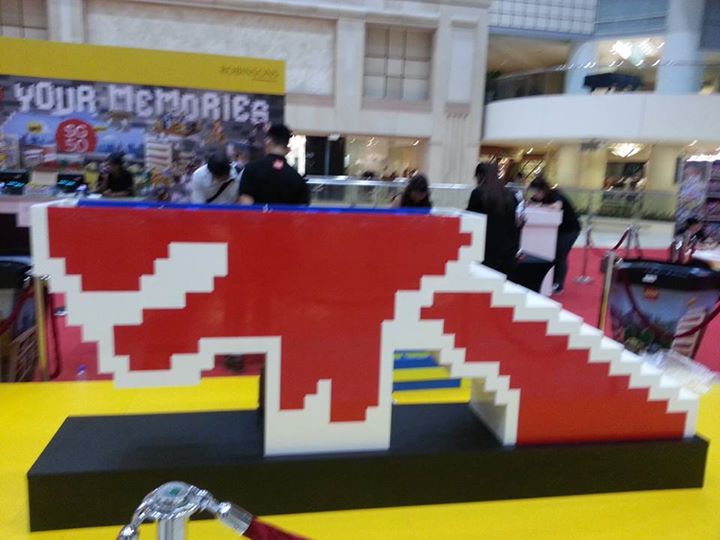 Progress moved along rather fast considering this is how it looked after just one day. And I’m sure some brakes had to be applied before the final touches were put on at the end of the week. 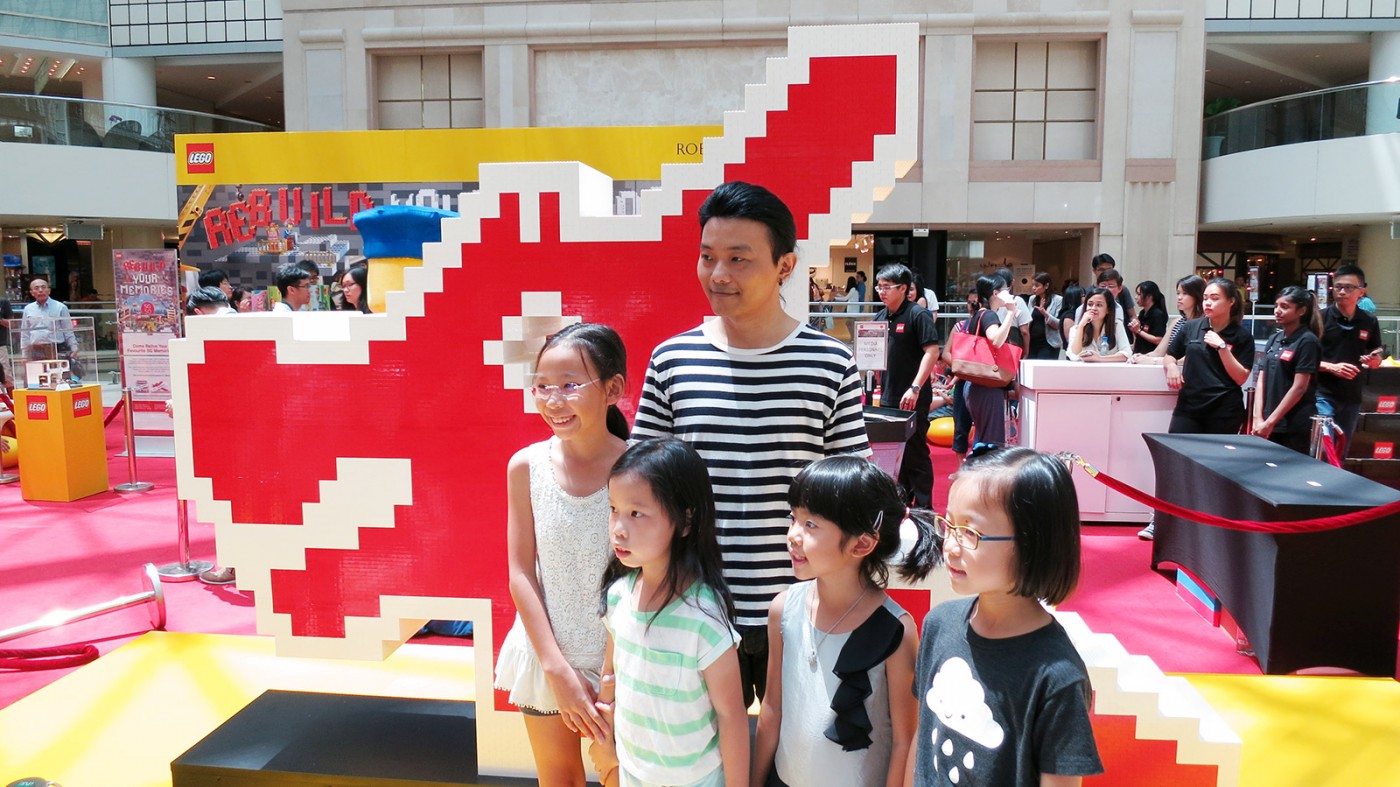 And here we have the final product!

The LEGO Dragon Playground will be on display till the end of the month of July. If you’re interested in grabbing a picture with it the red side has the best lighting.

The real hype however has been the mini LEGO Dragon Playground that you could snag with a minimum purchase. I certainly didn’t expect the response to be that good and there’s a possibility that LEGO themselves didn’t too. 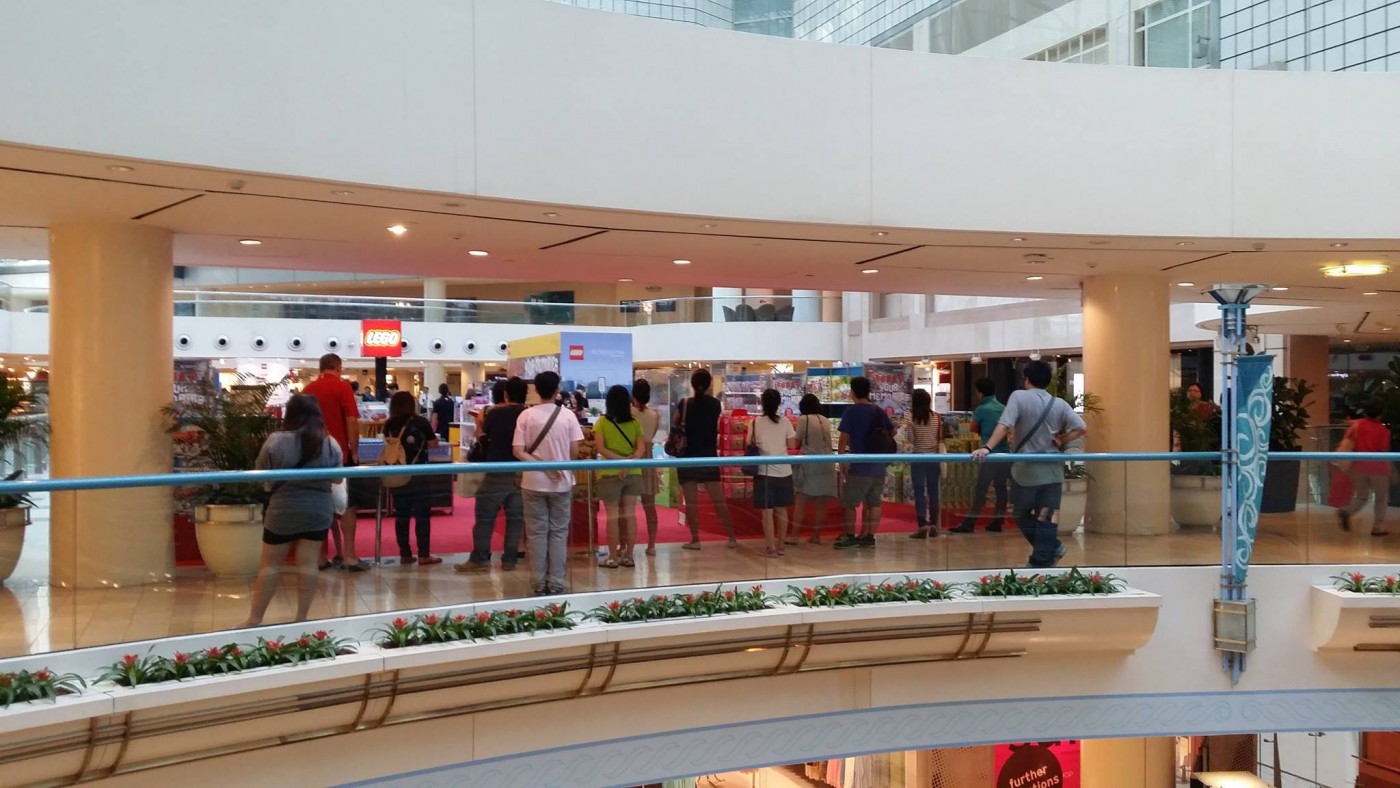 This is the scene before the actual mayhem happened. LEGO seems to have plenty of adult fans (naturally) and I’m sure the kids are just an excuse. 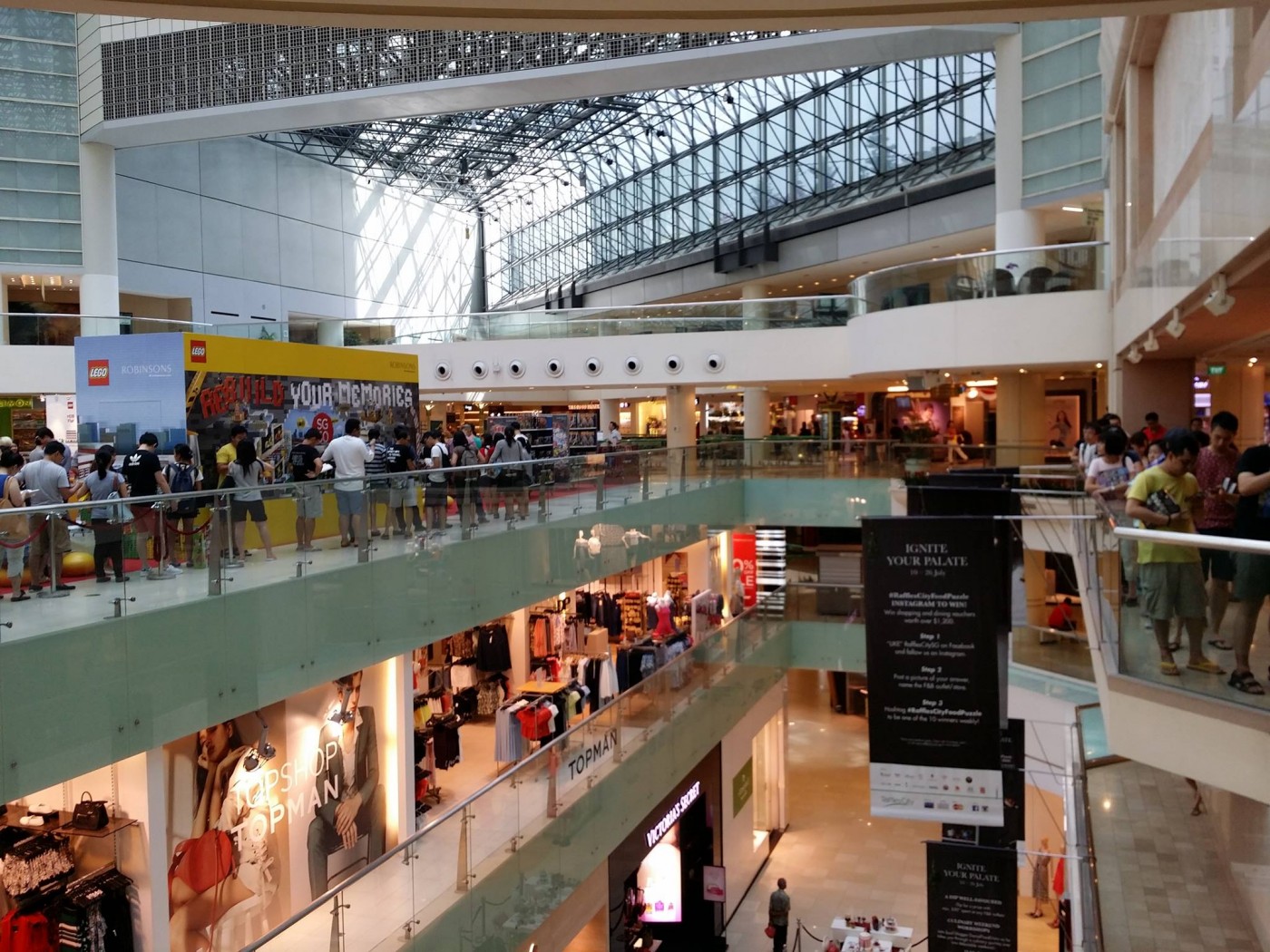 By evening time, on the first day, there were snaking queues of LEGO fans just waiting to get their hands on the build. If this isn’t a testament of love, I’m not sure what else qualifies. 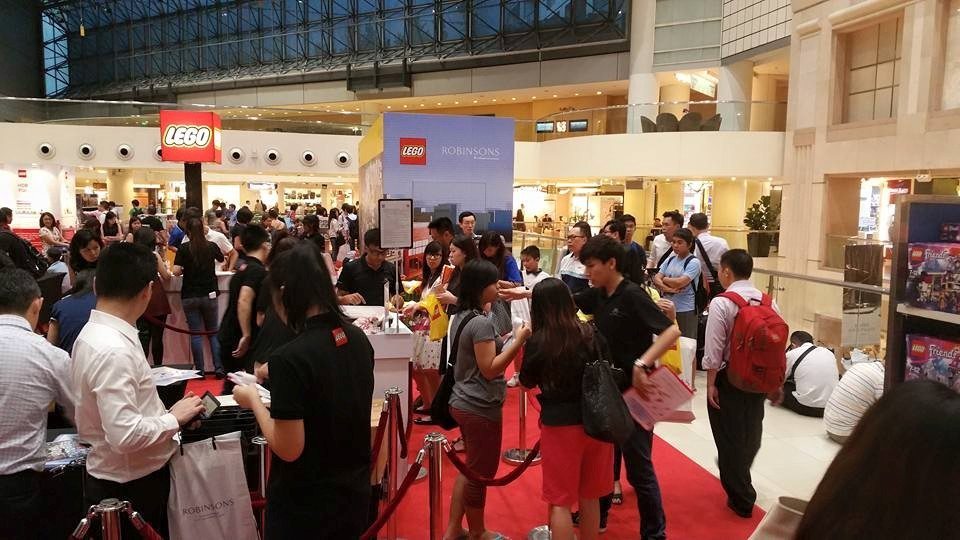 And the crowds didn’t seem to stop. Evenings were the most crowded with working folks heading down to grab their share of the spoils. But I’m simply stating the obvious here.

How long did it take for the LEGO Dragon Playground mini build to be fully redeemed? 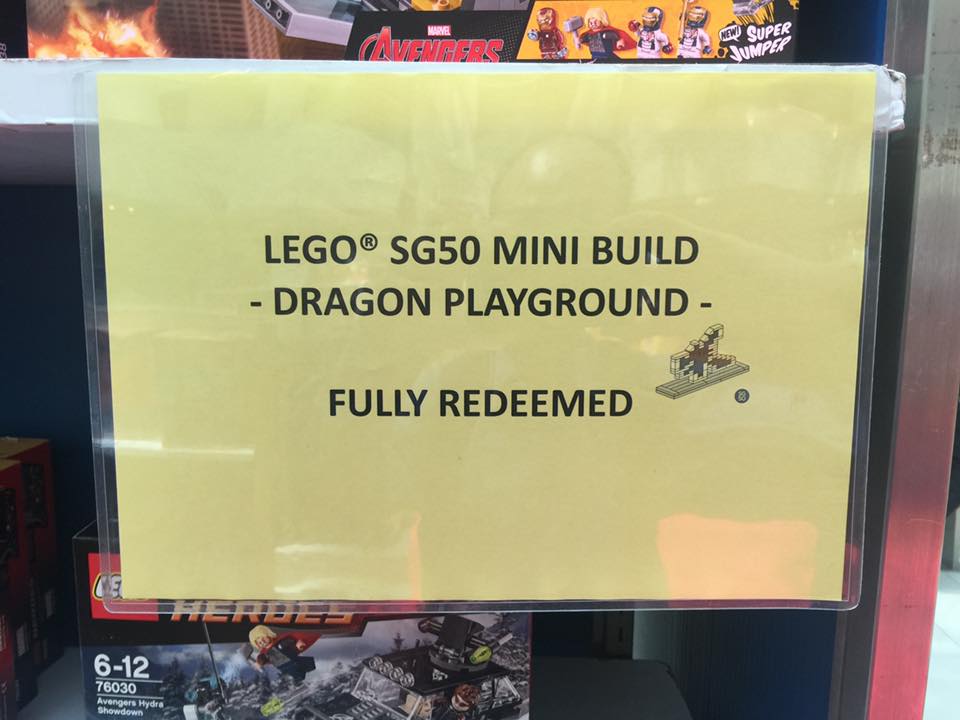 And that didn’t stop. The community was hard at work at modifying their own Dragon Playgrounds to see fit, here are just a sampling of the best few.

I’d be unfair to claim that the playground received plenty of fanfare as the other builds experienced a good amount of love as well. $100 for a pop? No wonder Batman’s always angry. The Ice Cream Bike is my favourite by far and it’s to minifig scale as well!

There’s plenty of stuff lined up by LEGO after this as well so keep a look out for that. In the meantime, do head on down to Raffles City to check out the rest of the LEGOs being displayed from the recent competition and be wow-ed by the community’s creativity. 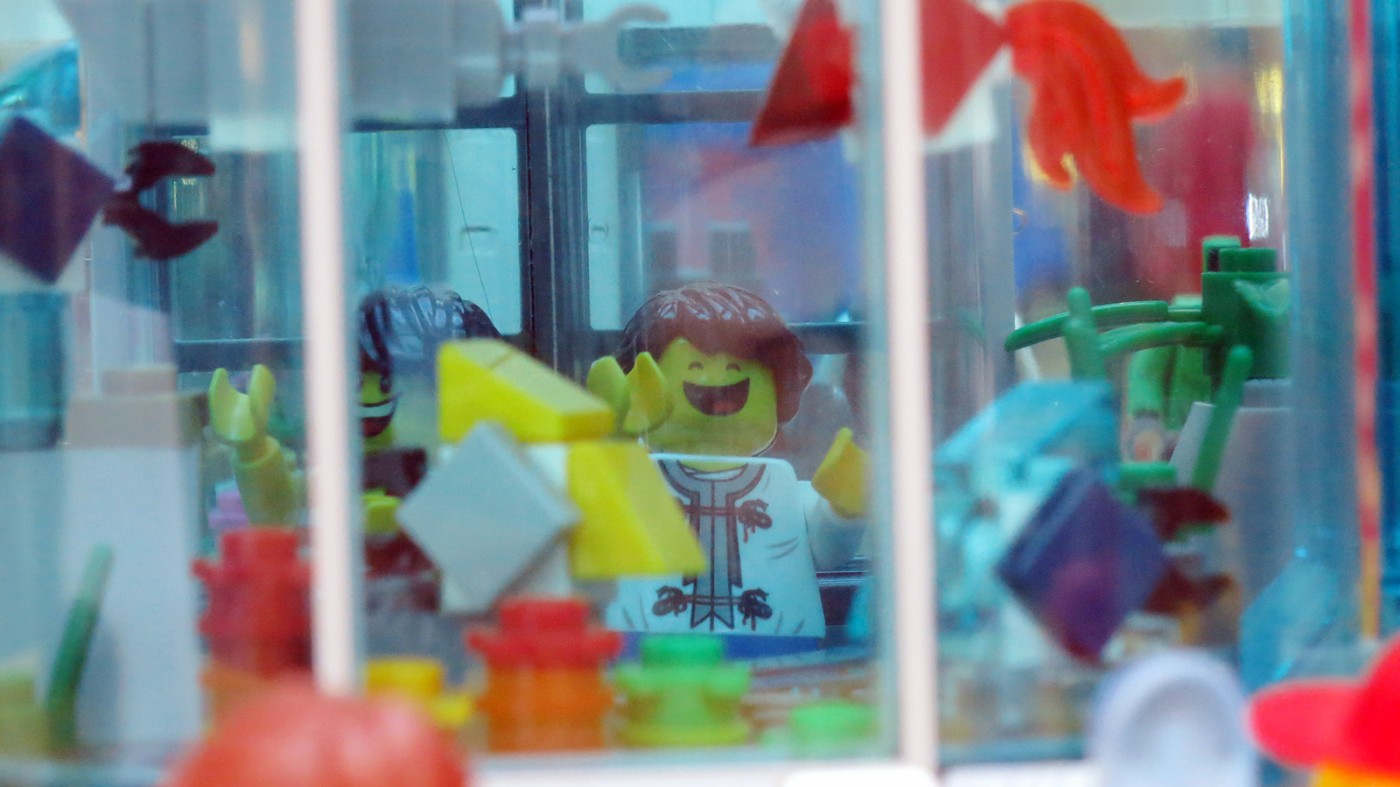 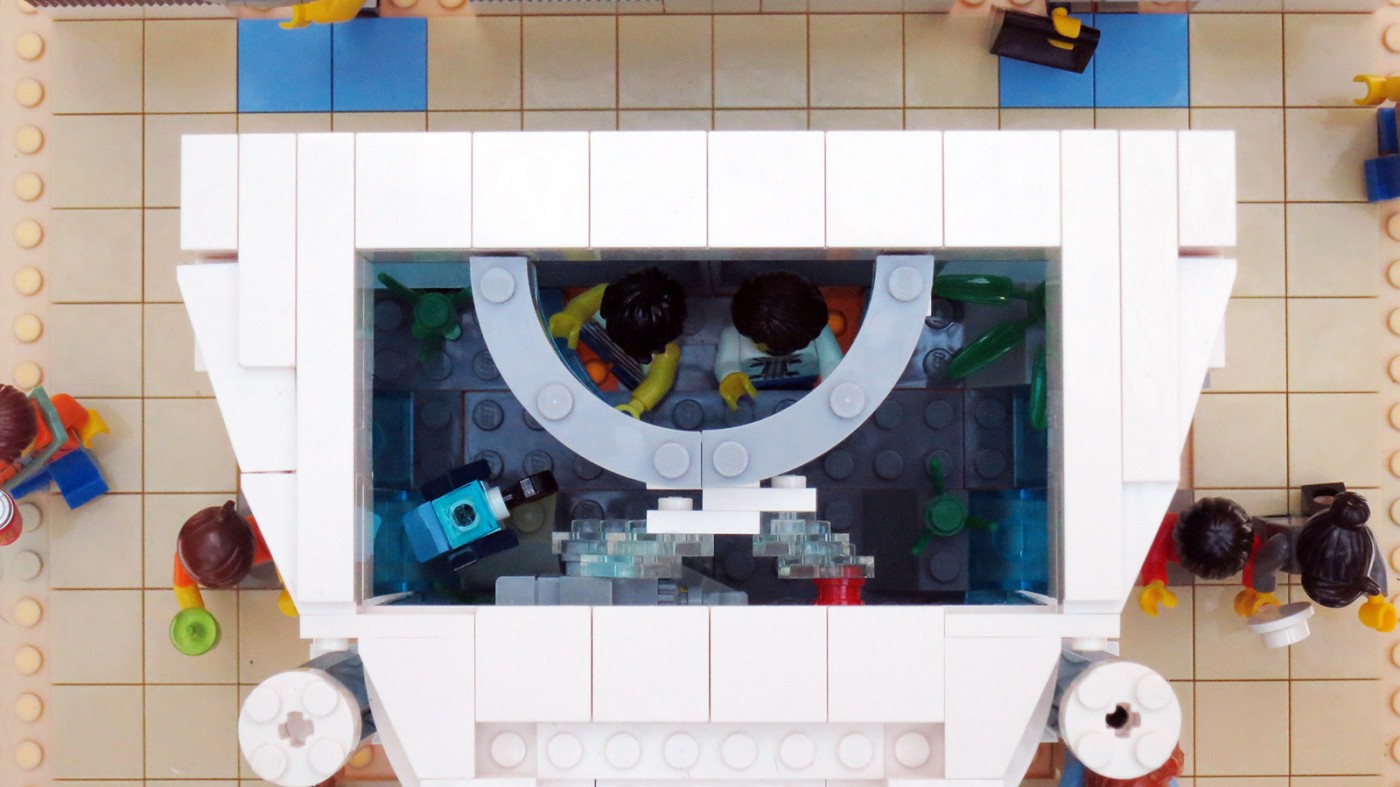 Does anyone remember this? Don’t be glum if you’ve missed out on this opportunity, there’s hints of plenty more from LEGO Singapore in the coming months so do stay tuned! If you have plenty of spare bricks lying about here’s a set of instructions that you can check out to recreate your own Dragon Playground courtesy of Brickfinder –

Finally got my hands on the last Exclusive SG50 Mini-build! The kit consists of 92 pcs and has some nice elements like…

It's time to play in style.