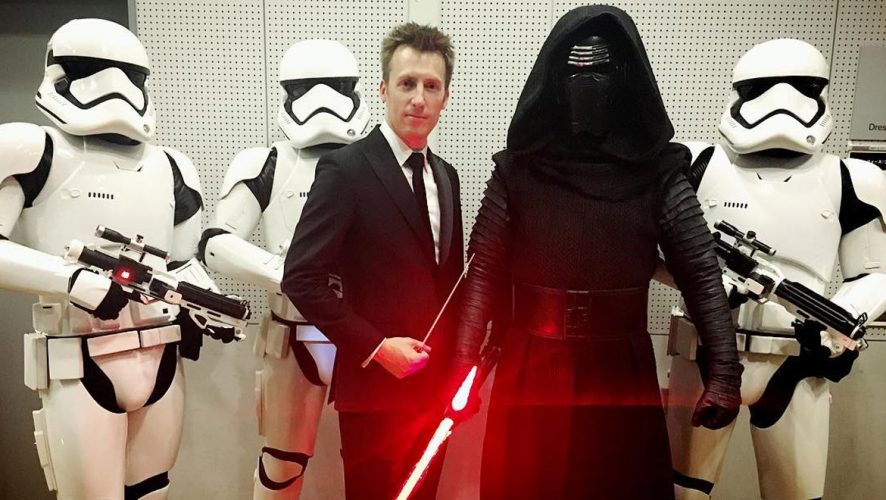 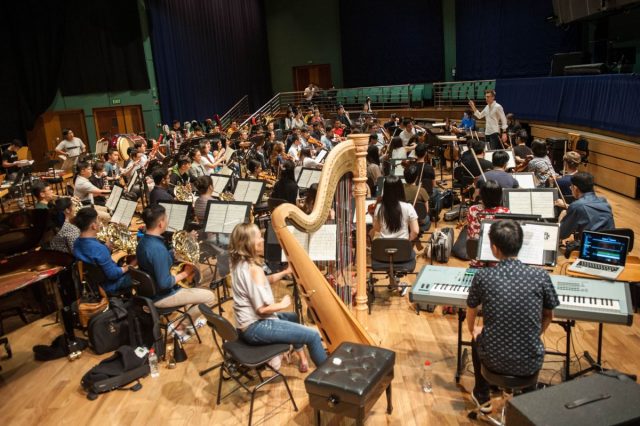 When it comes to movies, we are often caught up in the action and remark how amazing the visual effects are on screen. However, for every epic movie moment, there in the background is the sometimes-not-so-silent partner who aids to create the emotion with the power of music. And what better soundtrack than the one from Star Wars. Ask anyone from the streets and they’ll probably be able to hum a few bars from Episode IV – A New Hope, a movie that was released way back in 1977.

Having had the chance to get a sneak preview of the Star Wars Episode VII: The Force Awakens Concert rehearsal at the Esplanade’s Recital Theater, I came away with a new appreciation for the hard work that goes into movie music-making. Here’s a preview of some of the music we heard at the session:

It is a vastly different experience to hear music from a live orchestra compared to hearing a soundtrack through a speaker. Naturally, through an orchestra, one can experience the music instead of simply hearing it. I actually felt goosebumps when iconic and recognizable tunes are being played, such as Rey’s theme.  While I noted that this was simply a recital session, the actual concert will be on a grander scale with scenes of the movie screened and synced with the music. The Metropolitan Festival Orchestra, a 70 odd strong orchestra, will play the music live for the full Star Wars: Force Awakens movie as plays in a huge background screen. How cool is that!

After the recital, I had a backstage interview with the Nicholas Buc, the conductor of the Star Wars Episode VII Concert at the Esplanade. 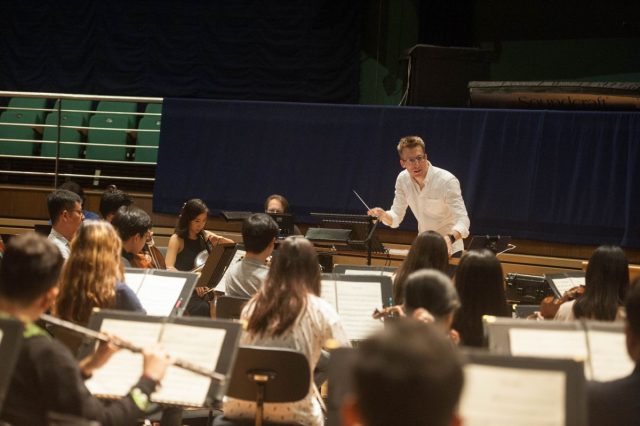 Nicholas Buc is one of the few conductors in the world that specializes in live film concerts. He shared that the popularity of live film concerts has risen rapidly in the recent years.  He had conducted an impressive range of live concerts, which includes the Beauty and the Beast Live in Concert, Disney’s Pixar in Concert, Star Trek, E.T and Raiders of the Lost Ark. Buc revealed that live film concerts require conductors to have a special skill set to time the music to specific key points of the scene playing in the background, just like in the cinema.

“There are not that many conductors who specialize in live music and film concerts program. It is a specific and unique style of conducting. You are not just doing the music, there are a lot of technical elements going into synchronizing the music with the visual cues in the picture.”

Buc shared that the music in The Force Awakens contains hints of familiar music from the old trilogies, but have also its own unique themes featuring the new characters. For example, Rey’s theme music has a positive and uplifting melody, while Kylo’s theme music features dark and menacing tones. 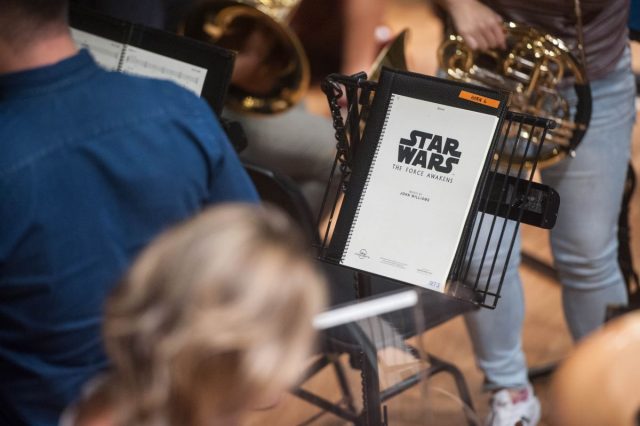 Specifically for the music in The Last Jedi, Buc shared an interesting theory that it was possible that Kylo’s style of music would drag down the positivity of Rey’s theme music to be darker as Rey becomes more conflicted and struggles while the movie progresses. An interesting nugget of information for us fans to look out in the next movie.  Buc’s also shared that his favorite music themes of Star Wars were the Force themes, which appears the most times throughout all the 7 Star Wars Films. These themes are definitely the heart and soul of Star Wars and everyone and anyone will be familiar with the notes. 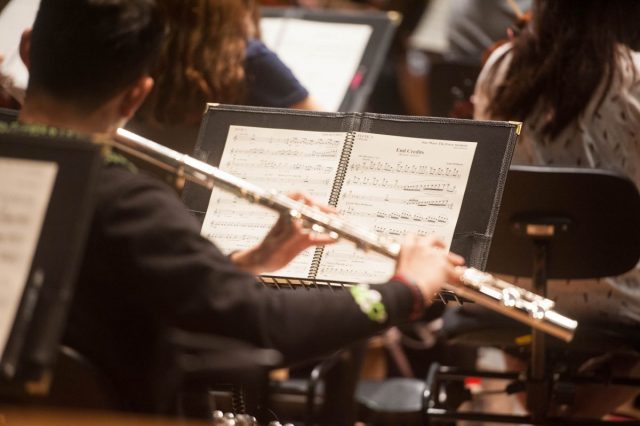 Buc shared that it can be quite a fun experience conducting a Star Wars concert. He had wore a Stormtrooper armor for a promotional video for The Force Awakens concert before. He loved how he looked in armor but mused that the armor definitely restricts movement. Many people have also suggested for him to use a lightsaber as a conductor’s baton. If he had one, he would like a green one, as the ignition of Luke’s green lightsaber had wowed fans seeing that green glow for the first time on screen. I totally agree with his choice and can already imagine how awesome he would look using one while conducting the concert: 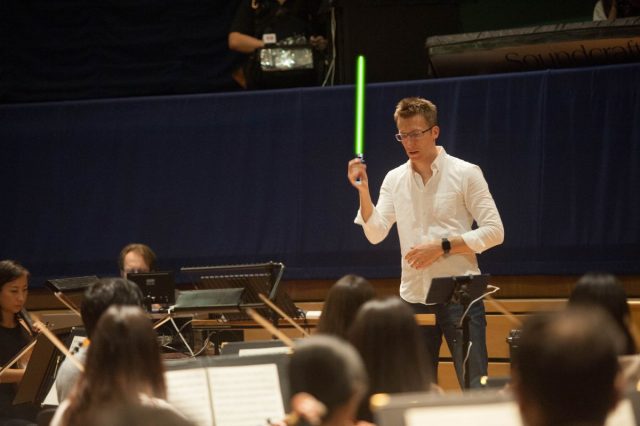 Buc shared that he is definitely keen to do future Star Wars concerts in Singapore if the opportunity arises. His personal goal would be to conduct one focused on Rogue One, which if you might recall didn’t have an iconic sound of its own but an approximation of John Williams’ iconic score. This made me wonder, wouldn’t it be better to play the classics then? Then again, he’s the conductor and he might just turn all Vader if he doesn’t get his way.

The Star Wars Film Concert Series – Star Wars Episode VII: The Force Awakens Concert will be performed at the Esplanade – Theatres on the Bay from 29th – 31st October 2017 at 7.30pm. Ticket prices range from S$69 – S$225. You can head over to the event’s webpage to check out if there are still tickets available.