It’s rare to see actors that can pull off being Korea’s heartthrob or even Indonesia’s Oppa, and yet prove to be excellent martial artists. What’s rarer still is seeing two actors from these two very different countries share a screen, much less come together in an epic clash that is The Swordsman, a newly released sword-fighting period action film.

Jang Hyuk and Joe Taslim are familiar faces in the realm of martial arts films. Jang Hyuk landed his first leading role as the main character of martial arts action comedy film, Volcano High (2001); while Taslim found his breakthrough role in the award-winning Indonesian action-thriller, The Raid (2011). Taslim was even a professional athlete on the Indonesia Judo national team before his acting days and both were unfazed by the COVID-19 season and charged ahead to develop The Swordsman.

For Jang Hyuk, it all boils down to having the right mindset and work ethics. “My first contact with stunt work was actually a traumatic one. During my first action film, Volcano High, 20 years ago, my stunt double got badly injured.”

Yet, the stunt man pushed through to finish his stunt. “This made me very impressed and I realised that stunts are part of an actor’s role. So I started training very hard daily and doing my own stunts.”

Which explains The Swordsman, a detail-oriented, beautifully choreographed film filled with spectacular fight sequences and complex characters. We see the two actors, pit against each other in an escalating deathmatch. Jang Hyuk plays the titular character, Tae-Yul, a retired swordsman with deteriorating eyesight who is forced to take up his sword once again in order to save his daughter while Joe Taslim plays Gurutai, a Manchurian gang leader whose quest to find the greatest swordsman indirectly orchestrates the kidnapping of Tae-Yul’s daughter.

If the actors could describe the movie in one word Taslim will say that it’s Elegant (or violent) while Jang Hyuk feels that it’s full of Passion. During The Swordsman press conference, the two charismatic stars themselves shared with us more about their thoughts and experiences regarding the filming process and what comes after.

In a strange parallel, during the filming of the final battle between Gurutai and Tae-Yul, Jang Hyuk was accidentally wounded by Taslim. Both actors noted how it was the hardest scene for them as both characters were the top craftsmen of swordplay. Hence, the scene demanded tremendous speed and agility, more so than the rest, as it was their final scene shot just before filming wrapped.

Jang Hyuk expressed his gratitude that Taslim allowed him to rest for a bit but Taslim recalled that day rather differently, praising his co-star his fortitude as an action actor.

“The fight got faster and faster and we got lost inside the characters and I got so into it I accidentally hurt Jang Hyuk. But Jang Hyuk said he was ok and straight away came back to fight, unlike what other big stars who will need a lot of time to recover.” He even expressed that an actor of Jang Hyuk’s calibre makes him the best action actor in Korea, high praise coming from an established martial artist.

Both actors forged a stronger bond after the epic conclusion. “Action scenes [are] a dance, the chemistry needs to be strong and luckily Jang Hyuk had good energy, we could feed off each other.”

And while martial arts is no stranger to Taslim, this is actually the first time that the actor has to fight with a sword. He felt that he could “level up, [and] gained more skills in swordsmanship” with the shooting. “Gurutai was the biggest challenge of my life. The character speaks two languages I don’t speak.”

Being in a foreign language film and setting, Taslim even went so far as to research a lot about the Qing dynasty and the Manchurian language. His focus was to understand the language through the motivations of the character. He even brought his recording everywhere to listen to.

His efforts clearly paid off. Taslim was able to master the pronunciation of not just the Korean language but even the Manchurian language that even locals struggle with. Even Jang Hyuk noted that “Joe’s Korean is amazing” and there were barely any communication issues. Moreover, the star felt that action goes beyond language, it’s fundamentally an emotional thing.

And not to be outdone, Jang Hyuk also had some special preparations done for his role. In order to play the partially blind Tae-Yul, the actor trained in swordplay with his vision blurred or blocked. He even practised subtlety with his facial expressions.

Full of praise for each other, the friendly banter went to and fro as Jang Hyuk thanked Taslim for being very considerate and humble. He felt that it was an honour to finally be able to fulfil his wish of acting alongside Taslim.

“Believe it or not, before we started on this project, I saw Joe’s first Indonesian movie, The Raid and I thought,  ‘This guy’s amazing, it would be great if I could work with him!’ And maybe it was karma, it all worked out and I got to work with him on this project,” says Jang Hyuk.

He elaborated on how Taslim constantly trains himself.

“And he learns, he’s a fast learner. The way he expressed Gurutai was great. The reason my character was able to be expressed the way it was, and I was able to act the way, is because he really expressed Gurutai to the best of anyone’s ability. So it was a very happy moment and it was also very thrilling to shoot all these with Joe. Joe is not acting just to show but embracing every moment”.

Taslim shoots back with an anecdote on how he saw Jang Hyuk diligently discussing dramatic action with the director during dinner and throughout the shoot. “In this movie, what I learnt is trying to moderate the physical stuff. I learnt that from Jang Hyuk Hyung. To try to get that information first before you shoot the movie.”

The already humble actor felt that he learnt to understand character motivation and plot points in order to moderate the action. He even recounted how the entire Korean cast and crew were like one big family, with Jang Hyuk as his “big brother in terms of acting”.

“In order to play in that kind of fight, I have to be very confident in terms of the drama, at the same time, I need to be very fast, I need to go all out but at the same time, I know that this is a dance. Action scene 101 is that it needs to be a dance, and the chemistry has to be so strong. And I was so lucky that working with Jang Hyuk Hyung gave me that energy. He gave me that action and reaction. And we did it so nicely.”

When asked if they related to their characters, Jang Hyuk immediately speaks of how he understood Tae-Yul’s internal struggle of wishing to move away from the world yet trying to protect his loved ones.

Taslim followed by saying that in terms of personality, he is a comedian in real life. Hence he couldn’t relate to Gurutai’s menacing manner. But he felt like he shared Gurutai’s fascination with the martial arts. (even if Gurutai did go off with it in a bad way)

“We can see that the guy is not just a monster. He is only to his enemy, but is probably a teddy bear to the girl he loves.”

The conversation moved on to visiting Korea and Indonesia. Surprisingly, Jang Hyuk visited Bali, Indonesia for about 10 days on a job. He found the entire seaside experience very relaxing and warming. He even recommended fans to try Nasi Goreng with egg, a dish that Singaporeans will surely appreciate too!

Similarly, Taslim loved his Korea experience and noted that the country is very modern. So, it isn’t very hard to communicate in English even though he had a translator. He feels so comfortable there with the food and friends that he “can stay there easily, as it feels like home”.

Despite the ongoing coronavirus pandemic, both actors are optimistic about the future of cinema. They feel that The Swordsman will find its way into the hearts of both local and international audiences. Jang Hyuk even expressed interest in portraying Tae-Yul again in sequels to “explore the character on a deeper level”.

Excited to witness the bromance and Liu Kang’s sick moves? New footage within! 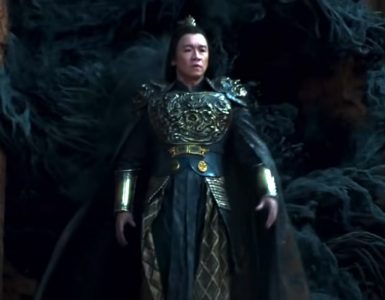 It has begun! Chin Han shares with us what playing Shang Tsung means for his inner Mortal Kombat fan.