It was high summer in Japan. The Otagiri River, which threads through the Central Alps in Japan’s Nagano Prefecture, gurgled lightly as the melting snow from the white-capped mountains continued to feed the river. In the distance is the Komakusa suspension bridge, a beautiful piece of human engineering that allows foot traffic between both banks of the river.

What’s particularly interesting about much of the stretch of flowing water are the many alabaster white boulders – both large and small – that are strewn all over the riverbank, and we presume, lining all of its bottom. Most, if not all of these granite stones have their edges rounded off over the centuries by the volume of water thrown at them. In the same manner, the water itself is filtered through many layers of such granite as it flows down the mountains.

And that’s the water that Mars Whisky’s Shinshu distillery, located along the banks of the Otagiri River near Nagano’s city of Komagane, uses for the making of whisky. Sure, the water’s first collected through the public works system, but essentially it’s this soft water that is used by the distillery.

Mars Whisky’s Shinshu distillery is Hombo Shuzo’s first purpose-built whisky distillery. Kagoshima-based Hombo Shuzo, which owns the Mars Whisky brand, was originally in the textile business but moved to making shochu in 1909. And while Hombo Shuzo obtained their whisky distilling licence in 1949, it only started making whisky in 1960 at its original facility in Yamanashi Prefecture.

But when that facility – which was also used to make wine – started to max out its production capabilities, it was decided that they would move its distilling operations to the then newly-built Shinshu distillery at the foot of Mt. Komagatake here in 1985 (the Yamanashi site continued producing wine).

Built in the 1980s, Mar’s Shinshu distillery is the epitome of Japanese practicality and minimalism; that is, from the outside it looks like most other factories you find dotted across the Japan’s sub-urban landscape and could be home to any kind of cottage industry. It sure looks nothing like the picturesque traditional distilleries of Scotland with their giveaway pagoda-like smoke stacks.

And only its now-retired set of stills from the 60s sitting at the entrance of the factory gave any indication that this was a distillery. Indeed, if not for the old stills you may mistake this for a brewery – Mars Whisky shares this space with Minami Shinshu, a beer brewery that happens to be one of the pioneers in Japanese craft beer.

Once you get inside though, it’s unmistakably a distillery dedicated to making whisky. Walk past the malt room – Mars uses both English and German malt, some of which are peated up to 50ppm – and the grist mill and you’ll get to the fermentation tanks. When we were visiting they were in the process of replacing its old cast iron fermentation tanks – which harkens back to an era in Japanese whisky making before the use of wooden washbacks or stainless steel tanks – to stainless steel ones.

In the next room sits Mars Shinshu’s set of new stills, chugging away.

And if you’re lucky you may be shown to the distillery’s compact maturation warehouse. Here some 2,000 filled barrels of different shapes and origins – standard barrels, hogsheads, puncheons, and sherry butts – snugly reside. We’re told they’re aiming for 3,000 filled barrels on site in total.

In 2016, Hombo Shuzo started another whisky-making factory, Tsunuki distillery, that sits alongside its Kishogura shochu distillery in its home prefecture of Kagoshima. That facility also stores a roughly similar number of filled barrels. But the whisky maker also sends off an undisclosed number of whisky-filled barrels off to yet a maturation warehouse on the island of Yakushima – an island far south from Kagoshima – where it has another sochu producing facility.

Fun Fact: Yakushima is the moss-covered island that inspired the location for the Studio Ghibli animated film Princess Mononoke.

So here’s where the making of Mars Whisky becomes truly interesting, and distinctly different from that of other whisky producers across the world. Most whiskies you see in the market are blended whiskies – which sees malt and grain whiskies from different distilleries blended into one expression – or single malt whiskies meaning they come from a single distillery. For the former the idea is to create a signature profile to cater to a certain market; in the latter it’s to create whiskies specific to a house character, and is directly dependent on style and terroir.

What Mars has are spirit distilled from two distilleries that go into a wide portfolio of casks, and three aging warehouses in different parts of Japan with distinctly dissimilar climates which, of course, affect aging regime. Shinshu, located in the mountainous terrain of the country’s Central Alps is Japan’s highest distillery, with a cold climate with winters deep in snow and thus resulting in a slower whisky maturation – think the Scottish highlands, like Diageo’s Dalwhinnie. Mars’ Tsunuki in comparison has a warmer and far milder climate that’s more aligned with what you’d expect in say, Kentucky, where bourbon is made. Then there’s Yakushima which faces the Pacific Ocean and gets plenty of rainfall.

And speaking of cask types; while Hombo Shuzo sources casks from abroad, it’s also a producer of Japanese wine, umeshu, brandy and sochu. We certainly saw some spirit aging in ex-wine casks in Shinshu’s maturation cellar. In fact, we won’t be too surprised if they are aging some distillate in sochu or umeshu casks; while Japan (loosely) holds itself to Scotch whisky-making regulations there’s nothing really holding Mars back from making something like that.

So you can imagine the number of permutations that Mars can come up with. You may find, for example, the standard Mars Komagatake single malt Japanese whisky expression that uses distillate from Mars Shinshu but also aged here in Shinshu. Or you may see one that’s distilled in Shinshu but aged in Tsunuki.

It can get confusing. We don’t know of any Scottish distillery that does anything like this. And, if we have to be honest, it’s a model that stretches the definition of single malt, considering how far flung both Shinshu and Tsunuki distilleries are from one another.

But this is what Mars Whisky can offer that pretty much most other distilleries in other parts of the world can’t quite do at this point in time. And it’s what makes it fun collecting and sampling the variations those permutations can offer, such as its limited edition offerings; if you’re lucky, you may get your hand on something like the Mars Komagatake Kohiganzakura, a peated expression distilled and aged in Shinshu that happens to be matured in ex-Japanese wine casks.

It’s just too bad that we in Singapore still can only officially get its Mars Iwai range of blended whiskies for now. 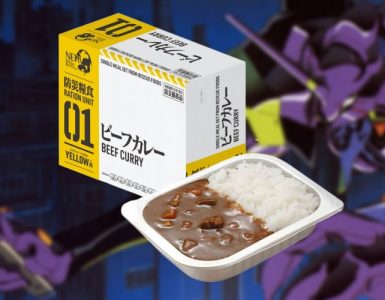 Evangelion rations without the war. 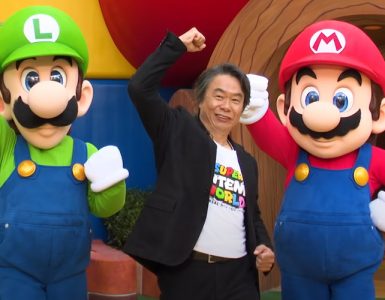 Tons of exciting areas to explore.