It’s an exciting time to be playing Magic: the Gathering. If you’re new, you get to see where it all
started – in the original world of Dominaria where the iconic Shivan Dragons and Serra Angels
came from. Older players will also heartily embrace the return of well-loved Planeswalkers
Teferi and Karn back into the main storyline.

Thanks to Wizards of the Coast, us folks at Tap & Sac and Geek Culture are equally excited to
reveal an exclusive preview card for the upcoming Dominaria United set — Najal, the Storm
Runner!

Najal, the Storm Runner is an uncommon, blue-red Legendary Creature with 5/4 Power and
Toughness stats, and has 2 unique abilities that can fit well into decks that love to sling sneaky
Instants as well as game-changing Sorceries. It’s what blue and red are all about.

Najal’s 1st ability is passive, allowing you (and importantly not your opponents) to cast Sorcery
spells as though they had Flash. Flash means casting spells as though they were an Instant, so
Sorceries like Roil Eruption and Blizzard Brawl, can now be cast at any time.

The artwork by Pindurski features a galloping efreet dancing across the fields, leaving bolts of
lightning in its wake. Highly appropriate for a Creature that gives Flash to your spells!

The passive ability is sweet even if you never utilise Najal’s other triggered ability. When Najal
attacks, paying 2 Mana will copy your next Instant or Sorcery. Just note that this only works on
the same turn, so if you want to pay and copy, make sure you still have additional Mana to cast
it.

Najal, the Storm Runner is decent, but what’s the verdict as a competitive card?

How Will Najal, the Storm Runner Impact Standard?

Without knowing the rest of the cards to be released in Dominaria United, it’s not possible to
predict how the next meta will shape up.

However, looking at current cards, Najal, the Storm Runner could fit into some fringe decks that
like to utilise copy effects. The blue-red Mill decks of today use Galvanic Iteration to copy
Maddening Cacophony or Tasha’s Hideous Laughter to double its impact. With Najal, you could
copy an additional time using its attack ability. Your opponent could very well be out of a Library
after that!

Arcane Bombardment decks also synergise nicely with Najal, the Storm Runner’s copy abilities.
It would take a lot to set up since Arcane Bombardment costs 6 and Najal costs 5. Providing you
live that long, you will only see payoffs to all this buildup in turn 7 or later. But when you get so
many spells copied, you can easily turn the game around.

Can Najal, the Storm Runner Be a Good Commander?

Even though nowhere near the most powerful Commanders out there, there is certainly
potential for Najal to be a dependable value engine if you have lots of Mana. Its passive ability
also means you can insert a higher number of Sorceries into your deck, where usually you
might avoid them.

Useful Sorceries such as Blasphemous Act, Chain Lightning, and Alrund’s Epiphany would now
be able to cast on an opponent’s turn, and can be used to your advantage. For example, you
could wait till your opponents have cast all their Creatures onto the board before deciding to
wipe them out with Blasphemous Act.

Najal, the Storm Runner can also be a natural fit in Commander decks with Veyran, Voice of
Duality at the helm. They’re both in the same colours but Veyran is cheaper to cast and get onto
the Battlefield, plus her ability means you could be copying spells twice when combined with
Najal.

There are also a few other Creatures with the Magecraft ability that trigger when a spell is
copied. The 2 most powerful that can gel with any Najal or Veyran deck is Archmage Emeritus,
who draws cards, and Storm-Kiln Artist that creates Treasure tokens.

Najal, the Storm Runner sits firmly in the space of “shows potential, but may not make it to the
top.” The fact that it has to attack and pay 2 Mana before you can copy a spell does feel a little
clunky.

But on the other hand, 5 Mana for a 5/4 is not outrageously expensive, and you do get the
added passive bonus of turning your Sorceries into Instants. Commander does look like the best
format for Najal, and we would start experimenting there. 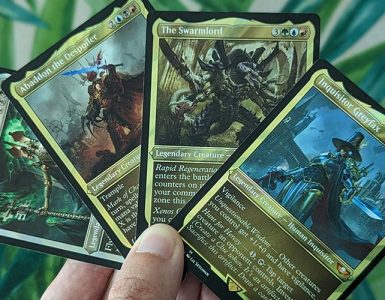 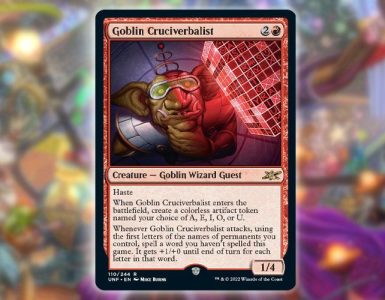 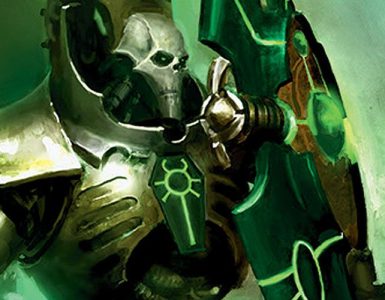