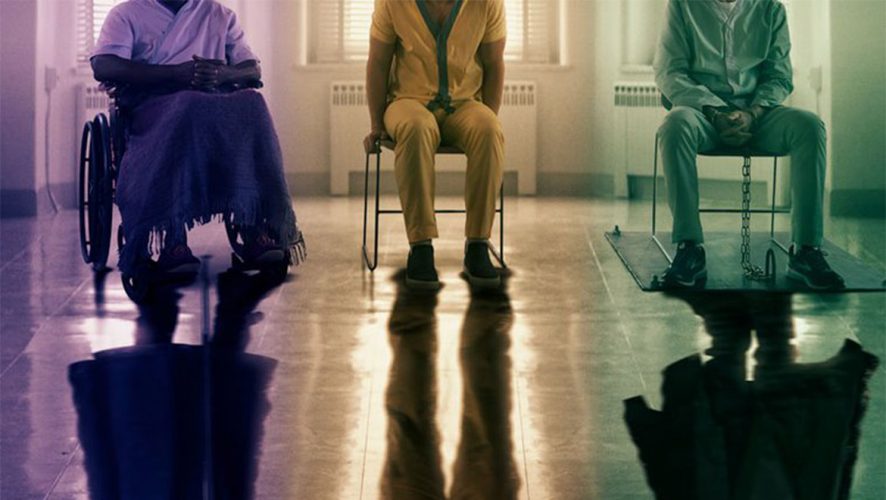 A new poster for M. Night Shyamalan’s Glass has been revealed, roughly 3 weeks before a proper presentation is expected to make its debut on 20 July, at the annual San Diego Comic Con.

But if you need your #GlassMovie fix before July 20th, here’s the world premiere of our teaser poster. pic.twitter.com/HsMa0bzR7N

Glass is an odd marriage of two of Shyamalan’s previous movies: Unbreakable, released back in 2000, and 2016’s Split. It’s quite hard to imagine that the famed director had a vision for a trilogy, *SPOILERS AHEAD* as he only teased viewers at the end of Split that both movies were actually connected.

Without spoiling anything, Unbreakable is essentially a superhero origin movie, and Split introduces James McAvoy’s schizophrenic character, who comes with 23 different personalities. The new poster for Glass shows all three characters, with the title referring to Samuel L Jackson’s Elijah Prince, aka Mr. Glass, from Unbreakable.

Since the private debut trailer for Glass was shown at CinemaCon in April, audiences have been buzzing non-stop about how Shyamalan has basically created a superhero movie trilogy out of nothing, albeit one that is extremely grounded in reality. The new movie would explore the possible outcomes of the clash of these heroes and villains, and it seems from the poster – the question of what if they were all locked up together?

With the X-Men and Avengers universe currently being separate, it is strange to think that Glass would be the first superhero movie to bring both head honchos, Nick Fury and Professor X, together on screen. Talk about fan service.