The film is slated for 8 March 2024 and will be the fourth film in the Kung Fu Panda franchise. The film focuses on Po (Jack Black), an excitable panda bear living in a fantasy version of ancient China.

In the first 2008 film, Po is chosen to be the ‘Dragon Warrior’, a prophesied kung fu master. Over the course of the film and its two sequels, Po trains under the wise Master Shifu (Dustin Hoffman), overcomes his doubts of being a capable hero, defeated several villains and eventually reunited with his long-lost birth parents.

Kung Fu Panda is a big franchise for DreamWorks, having earned US$1.8 billion and spawned several animated TV specials and series including the recently launched The Dragon Knight on Netflix.

Aside from the release date, no other information about the fourth film has been announced. The movie is expected to reunite lead voice actor Black and other cast members from the original trilogy including Hoffman, Angelina Jolie, Seth Rogen, Jackie Chan, Lucy Liu, David Cross and James Hong. 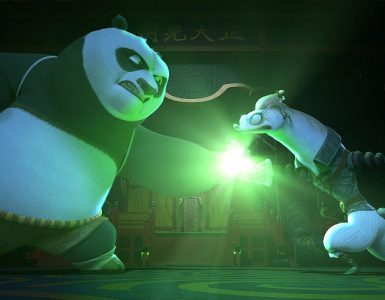