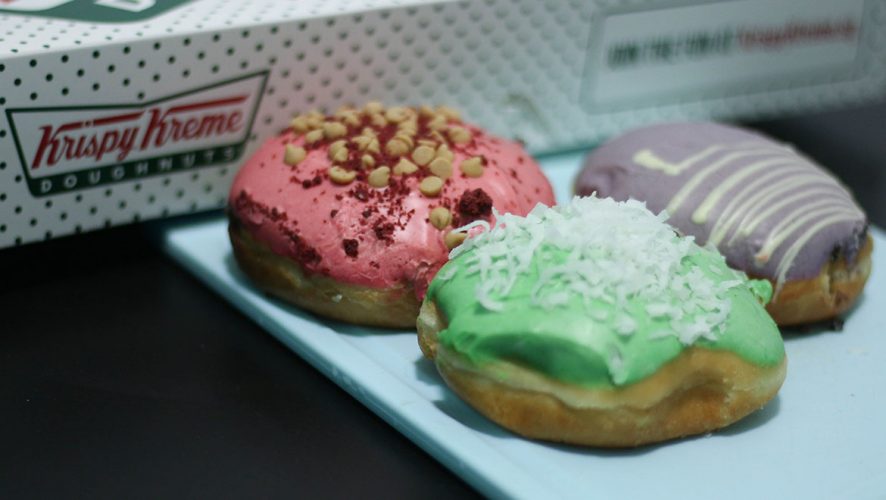 Krispy Kreme is a well-established name in the F&B industry, particularly known for its signature Original Glazed doughnuts. It’s one of the more popular, or rather, the doughnut chain that stands out these days, with new creations making their way to the menu at selected time frames. 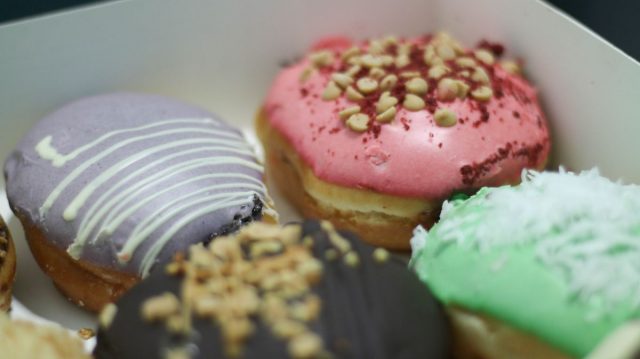 This time, three creamy selections have entered the family in Singapore, one of which has a welcome local touch. The Strawberry Bliss, Blueberry Cobbler, and Pandan Kaya Custard come dipped in coats of pink, purple, and green as their respective flavour representations, stuffed with either a sweet jam or custard filling that those with a sweet tooth would appreciate. 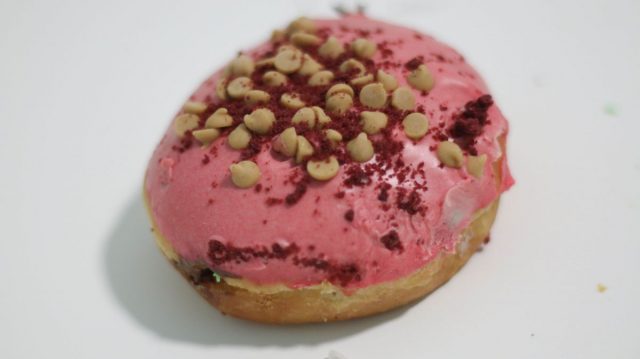 Drizzled in white chocolate chips is the first of the duo. Breaking the pastry in half yields a gooey, saccharine strawberry centre that complements the tang of its toppings, but the combination of both may be slightly too cloying for individuals of the lighter palette. The filling isn’t quite evenly distributed, though the fluffiness of the donut shell does well to balance that out. 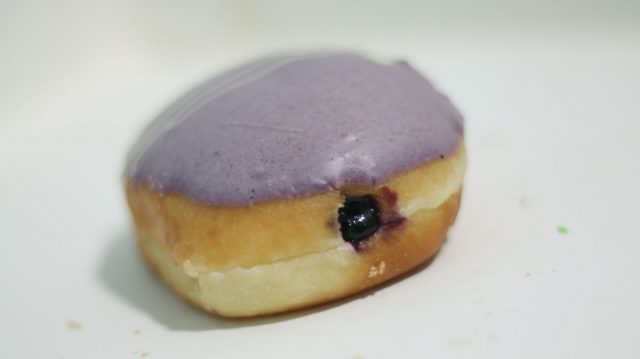 Meanwhile, the Blueberry Cobbler lays thick on the sweetness. Not only is the customary blueberry-flavoured filling present, it blankets the inner custard coating as well, giving the donut a stronger taste. As compared to the Strawberry Bliss, it’s more better-stuffed on the inside – the jam oozes out slightly when sliced apart, and is well-distributed on both halves, making it an option worth trying for the resident sweet tooth. 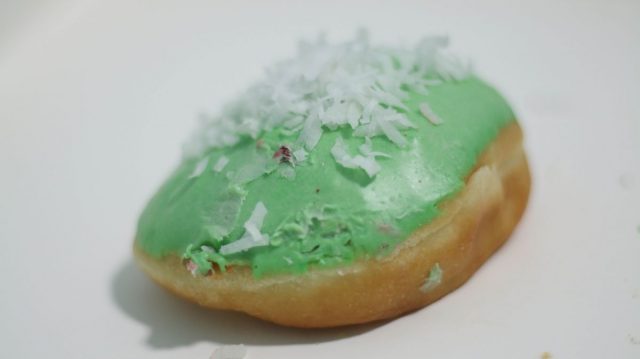 But the gem here brings a sense of balance to the sweet palette, in the form of the lighter Pandan Kaya Custard. While its custard centre provides a strong taste of sweetness, the slight tang of its pandan exterior and shredded coconut helps to tone down the burst of its thick, richly-flavoured filling, such that it can also appeal to others outside of the sweet-tasting community. The local touch is a logical move, too, considering the popularity of pandan and kaya among the food-loving community.

With these three new additions, donut lovers have a reason to rejoice. As per most foods on the market, one’s personal preference plays the largest role in deciding which would end up as a favourite, but one thing’s for sure – it’s a (w)hole selection meant for sweetness-inclined individuals.

Each flavour is available for S$3.30.